Some books are flippant; you literally flip through them on your flights and then choose to completely forget about them! And then there are books you devour, that keep you awake night after night. These are the ones that make sure your thoughts are engaged, even days after you realize that you’ve actually run out of pages; they leave you wanting for more. That’s when you decide that you should re-read them, and to your amazement, you come across a completely new, more inspiring element that you missed in your first read!

So here’s a list of 15 top motivational books for women by women. Prepare to curl up with them for a very long time! 😉 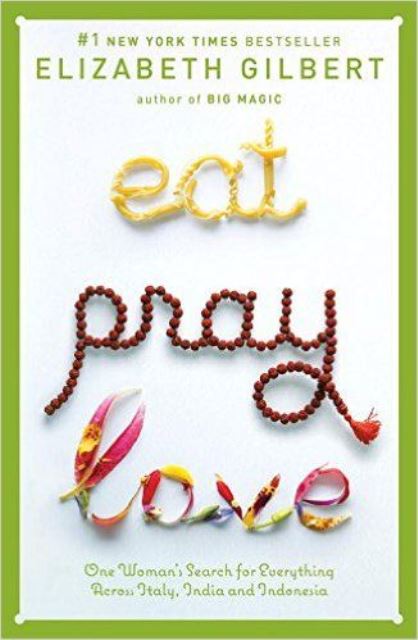 Trust me when I say this, ‘Eat, Pray and Love’ is an institution! You might call this memoir self-indulgent and impractical, but hey! The main point here is that the novel speaks to women about things they need to know, and motivates them to not settle for anything less than what they deserve. Now that’s quite a powerful message, isn’t it?!

P.S.: The book was made into a feature film starring Julia Roberts (a visual delight!), but please read the book first, and give your imagination a chance. 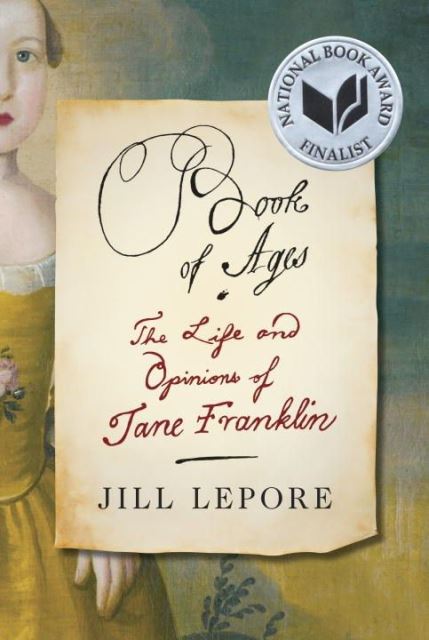 This book by Jill Lepore is the true story of Jane Franklin’s life (Jane was Benjamin Franklin’s sister). It is basically a historical account of the close bond between Benjamin and Jane, though the two of them were separated by distance, and Jane could hardly read or write. Ultimately, this biography is a beautifully written rumination on history but from a personal and not global perspective. A tale of how we all have one life, and all that matters is what we leave behind. 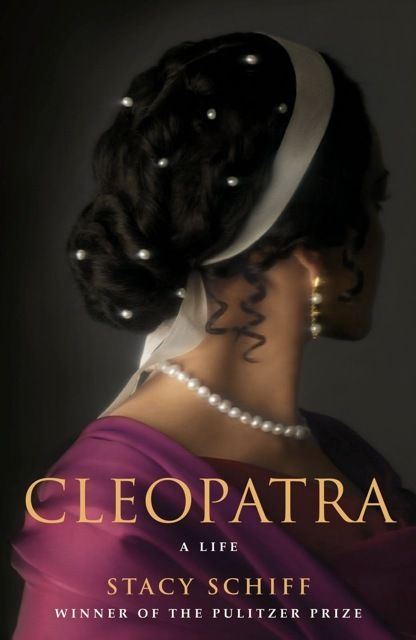 If you are someone who is interested in the different dimensions of power and politics and how sex becomes an inevitable part of it all, do look no further than this masterpiece by Stacy Schiff. Although the details of Cleopatra’s life are blurry, the writer has done an exceptional job of putting all the missing pieces together to bring this inspiring story to us.

4. ‘About Time’ by Penelope Mortimer 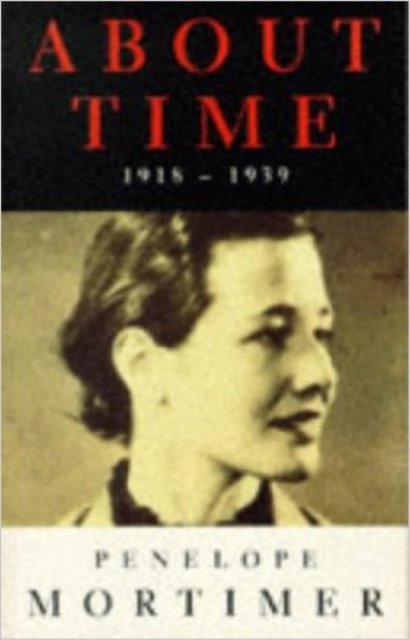 Though more celebrated for her novel, ‘The Pumpkin Eater,’ that dealt with marital discord and infidelity, Penelope Mortimer’s ‘About Time’ is a better recommendation when it comes to motivational books for women. With her dry British wit and scornful turn of phrase, Mortimer speaks of what can be stomached (in this case, multiple pregnancies, since it was written before birth control measures gained popularity; failed marriages; disease; literary ups and downs), if one develops a great sense of humor.

5. ‘Slouching towards Bethlehem’ By Joan Didion 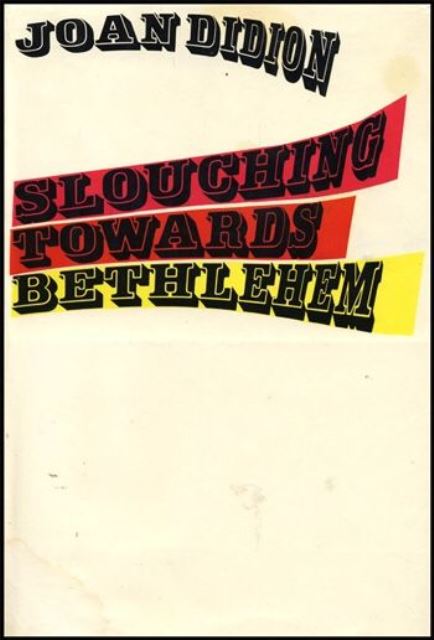 If you are planning to go home this weekend, you are sure to catch yourself cogitating about life! At this point, let Joan Didion take the lead. Apart from ‘Slouching towards Bethlehem’ and ‘The White Album,’ which are standouts, you can also download some of her articles where she broods some more on what it actually means to go home, to leave from there, and then revisit. A delightful read to say the least. But if you are in the mood for some great catharsis, pick ‘The Year of Magical Thinking,’ which Didion wrote after the sudden death of her spouse. 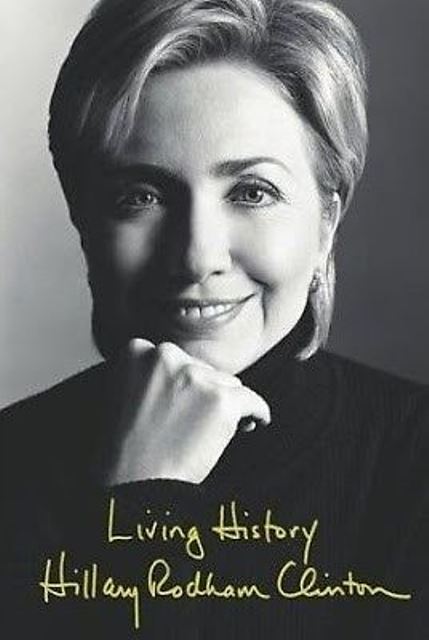 It is high time you read this, if you haven’t already. Clinton’s autobiography, ‘Living History,’ sets down her interest in politics from the time she was in college, to law school, and then of course, as the First Lady. It is very easy to heap scorn at a woman who lived a powerful public life and is now running for the most influential position in the world. And if there’s any truth in the rumors doing the rounds, you might just be reading, the autobiography of the first female U.S. President! 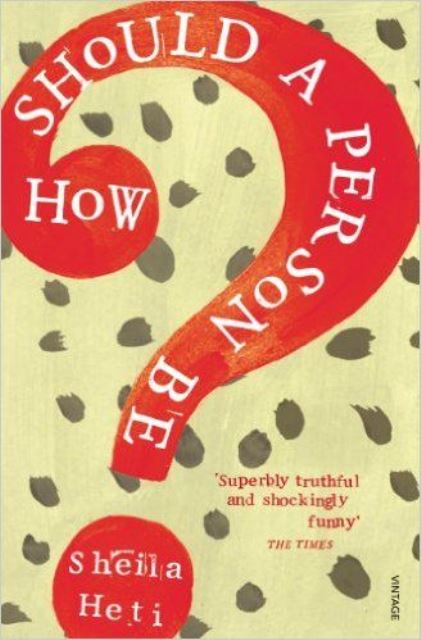 This is a wacky book, which also happens to be among the brilliant motivational books for women. ‘How Should a Person be’ follows a 20-something woman who is trying to find an answer to the question, which is also the title of the book! This is a perfect tale for every woman who is currently surrounded by too much confusion regarding the meaning of life, art, love, and friendship.

Suggested read: 10 books that will inspire your wanderlust

8. ‘A Prayer Journal’ by Flannery O’Connor 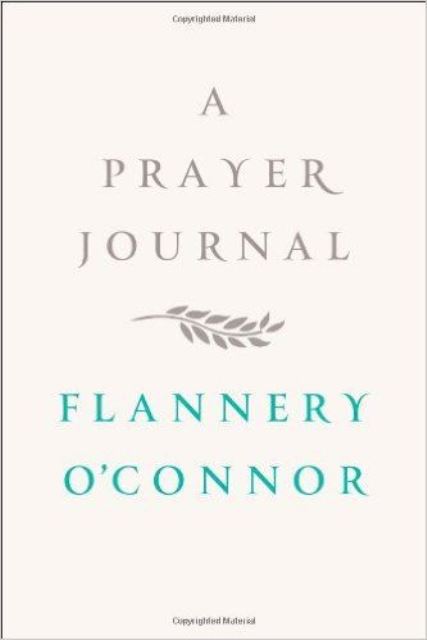 Flannery O’Connor is indubitably one of the greatest writers that America has produced. At such a young age, O’Connor’s journal entries will blow you away about how faith can fuel someone to write a book on the hopes for the future. In her own words from ‘A Prayer Journal,’ “Don’t ever let me think, dear God that I was anything but the instrument for Your story.” Now, isn’t that something to muse over? Get hold of this book immediately!

9. ‘Never Eat Your Heart Out’ by Judith Moore 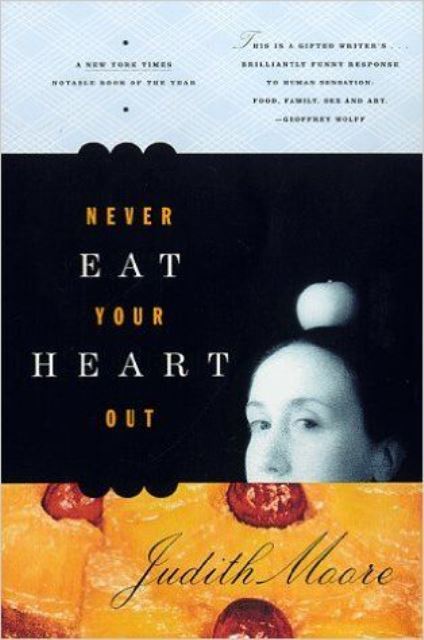 Are you a fan of books that revolve around food? If yes, ‘Never Eat Your Heart Out’ is an absolute must! In this collection of essays, the writer charts her entire life story from her childhood to her writing through the lens of food! She also writes about an adulterous affair that she had but puts it in the most beautiful words that you kinda forgive her for the same!

A sneak peek: “Somebody might suggest I cooked that year the most superb dinners of my housewifely life because I was trying to atone for my adultery. I wish I could say that was true. The fact is, I cooked so lavishly because I was so happy.”

10. ‘I Am Malala’ by Malala Yousafzai 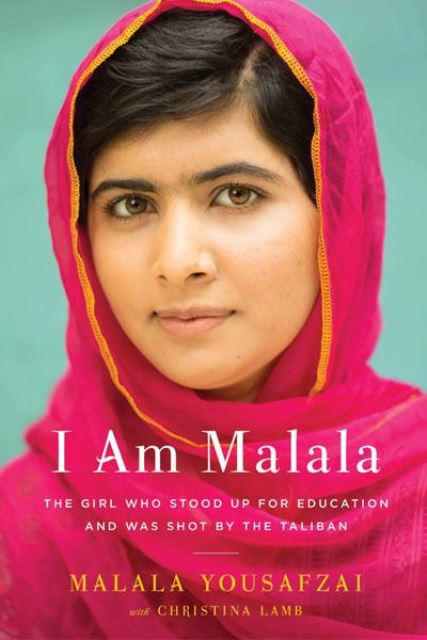 Something as treacherous as an assassin’s bullet also could not keep this 15-year-old girl quiet. Though only a few people thought that Malala would survive the gunshot that was aimed at her head by the insurgents of Taliban, she surpassed all expectations. She not only endured but also inspired (and continues to enthuse) millions of people around the globe by championing the cause of education for girls. This is a must read! 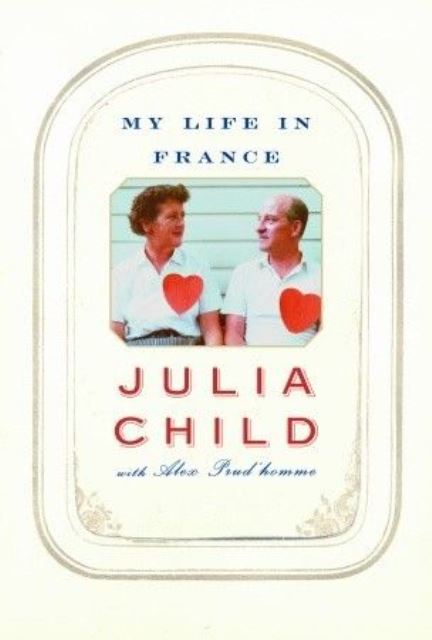 Are you not happy with your job? Is there something else you would like to sign up for? If you are wanting to dive into that big change this year, I say, follow Child’s example! Did you know the world-renowned chef entered her first culinary school when she was 37?! A story of a resolute woman who fought against everything that came her way and finally achieved her goals. 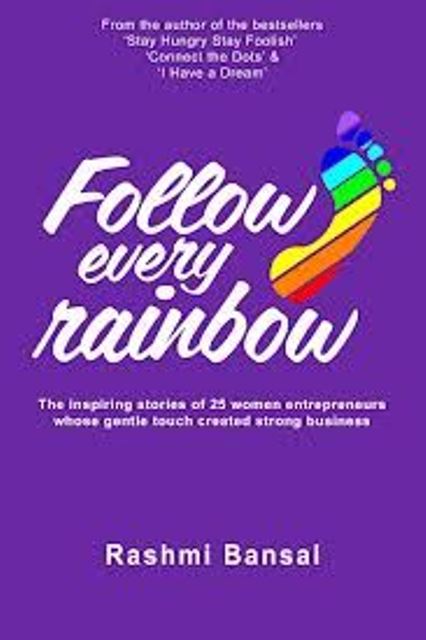 “Young people should experiment with life, have a dream and make it come true.”

This book explores individual stories of 25 strong and resourceful women who have been successful in raising both a family and a company, with love. The other elements that link these women are their patience and conviction of building a cherished company, and their will to give back to society. Expect to be stirred! 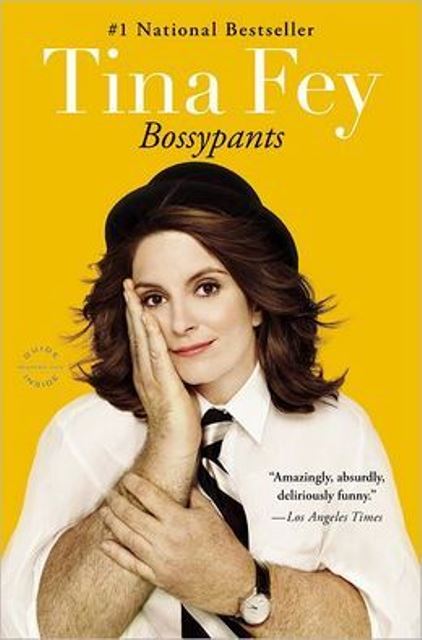 The 30 Rock and Saturday Night Live star, Tina Fey, is not only an incredibly humorous actress, but an even more tongue-in-cheek writer! This memoir, sort of, does not delve deep into the details of her life, but tries to swim on its edges and present the most hilarious version that can be! Fey, very gently, unmasks chauvinism that women stand-up comedians face and how the struggle has actually shaped her career and improved her as a performer. I’ll leave you with a quote after which you are free to decide whether or not you are adding this to your cart of the best motivational books!

“Whatever the problem, be part of the solution. Don’t just sit around raising questions and pointing out obstacles.” 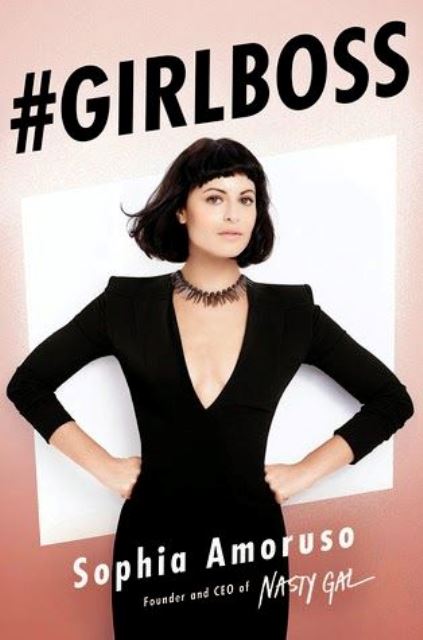 “The energy you’ll expend focusing on someone else’s life is better spent working on your own. Just be your own idol.”

Direct and filled with forthrightness, #Girlboss will make you feel as if you are actually conversing with the author! This contemplative account of how Sophia Amoruso built a million dollar company is sure to keep you enthralled throughout the read!

Suggested read: 15 good books that are a must-read for women entrepreneurs

15. ‘Life is what you make it’ by Preeti Shenoy 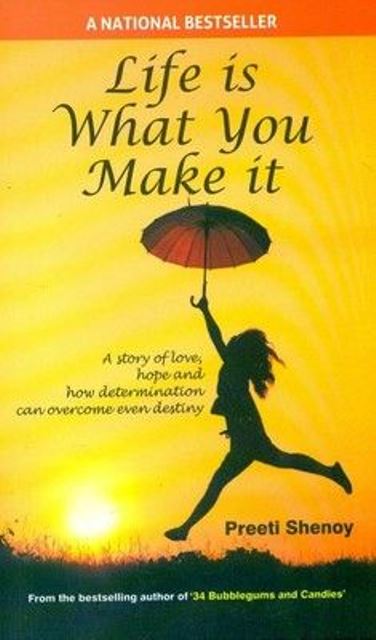 What should one do when destiny twists the road up ahead? What should one do when life takes you places you never wanted to visit? Should you resist it, fight it, accept it or just run away from it? This gripping tale about a girl named Ankita will make you question whatever you know about the human mind and being insane!

“No one has imagined us. We want to live like trees, sycamores blazing through the sulfuric air, dappled with scars, still exuberantly budding, our animal passion rooted in the city.” – Adrienne Rich

Inspiration is just a read away. 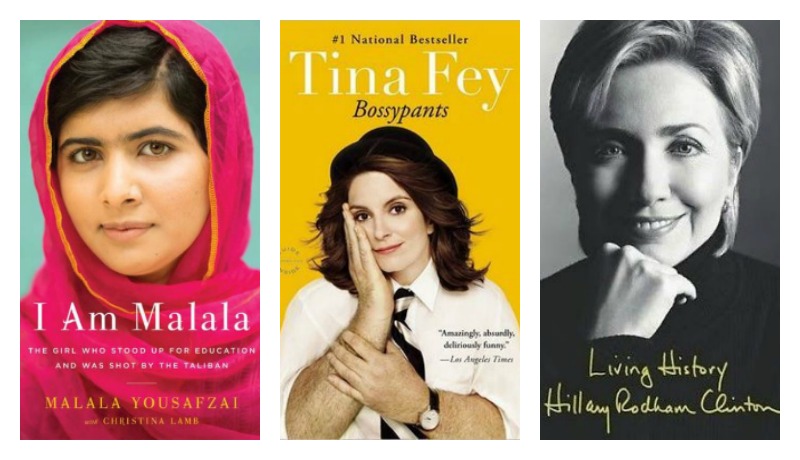