Jennifer Lawrence thinks Taylor Swift is a bada*s b*tch, but we think JLaw herself is pretty darned awesome and can kick everyone else’s a*s when it comes to dishing out those smarta*s quips that leaves everyone tongue tied.

And if that isn’t the mark of a phenomenal woman, then what is? 😉

Check out how Jennifer Lawrence left us all in awe when…

1. When she candidly expressed her love for food

Ahh, you know what a woman’s deepest, darkest desire is, JLaw!

2. When she made fun of herself and how she is portrayed in the media

In your face, media!

3. When she revealed one of her biggest secrets on camera

THAT takes some guts!

4. When she DGAF about talking about her b**bs on live television

Coz hello, they are right there- you can’t ignore them. Period. <and oh, periods are another topic to freely talk about, huh, FYI>

5. When she slipped in a joke in her Oscar speech after falling down

Thinking on your feet- when they didn’t do what they are usually supposed to do, quite right!

6. When she expressed her hunger on the red carpet 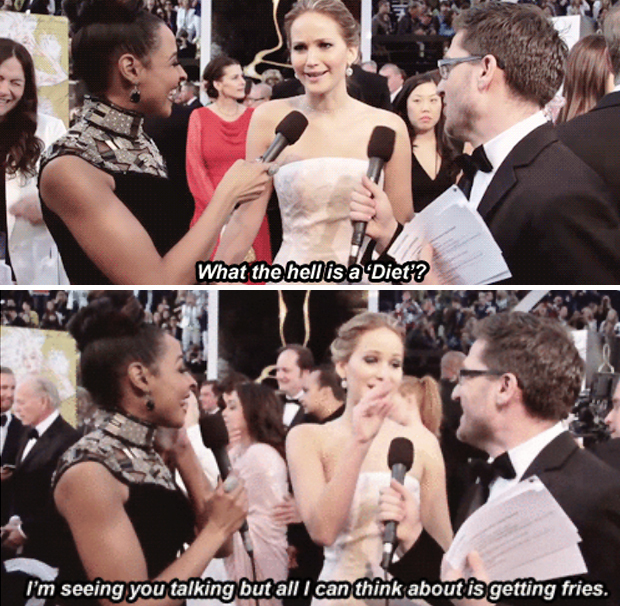 Suggested read: If Hollywood celebs were on Tinder, their Tinder profiles would be…

8. When she unabashedly spoke about her co-stars’ infections on live stream

9. When she fangirled about meeting Taylor Swift, like any other normal human being

She’s okay, alright- but you, JLaw are AWESOME!

10. When she proved that she is a goofball on set 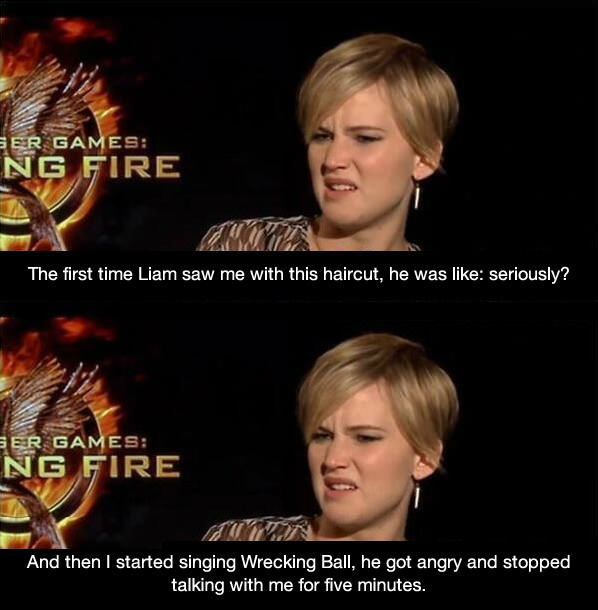 11. When she confused the interviewer with this brilliant answer 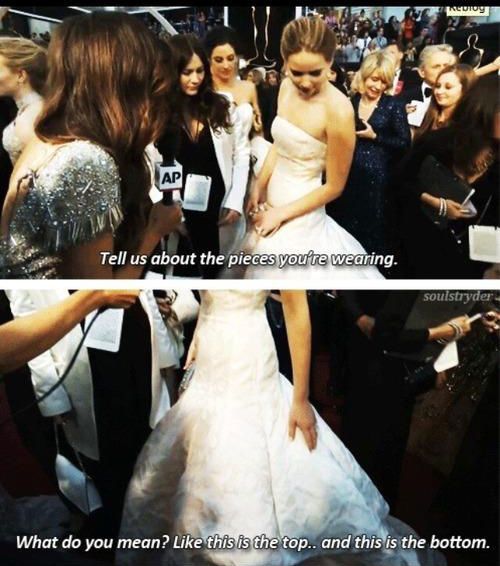 12. When she snubbed the interviewer for asking questions about her weight 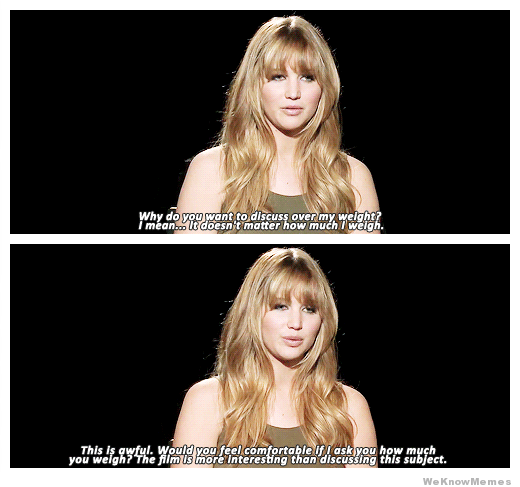 You should have seen that coming, dude!

13. When she decided this would be a nice Oscar pose 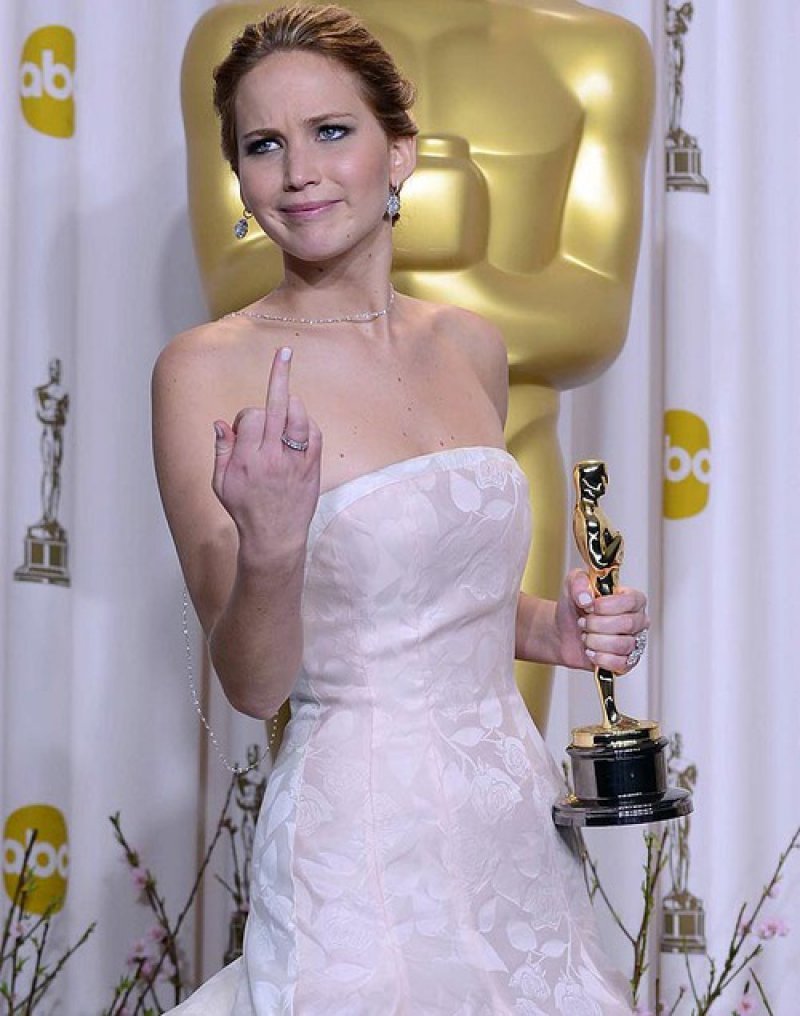 15. When she was extremely truthful during her Oscar speech

16. When she confessed on live TV that she spaces out sometimes 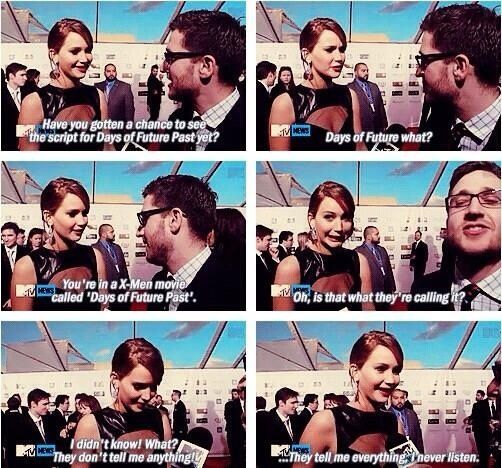 Teach me some of that wit, JLaw!

17. When she revealed that she is a Marvel fangirl 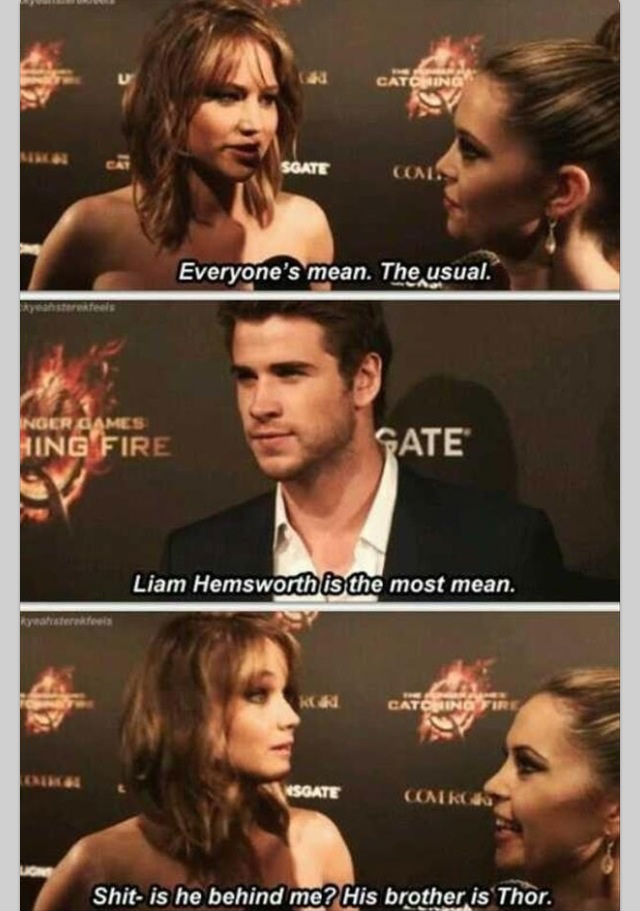 Nope, she doesn’t do boo boo-s!

And that is why we LOVE her!