A History of Paris Fashion Week: How Did the Mecca of Fashion Come To Be?

At some point or the other, you must have heard about the Paris Fashion Week. The show takes place twice a year and is attended by publicists, journalists, editors, stylists, models and many many more. In fact, in 2015, MGK Hospitality which is a consultancy firm found that during the fashion week in Parish hotels run at 93.9% occupancy. Thus, it is one of the busiest times in the city.

Just like the Milan, New York, and London shows, it is a culmination of months of hard work for designers, and stylists, who are finally able to showcase the designs that they have worked so hard on for the past couple of month. Fashion editors and critiques all attend the show in hopes of catching something which they can rave about, or sometimes, in hopes of finding something that they can drag to the ground. Either way, it is an exciting time for all involved.

The show is conducted at the Carrousel du Louvre every year, and it features some of the top designer houses as well as the lesser known names. Since it has established quite the reputation for itself in the fashion industry, it is important to know where it all started.

Paris Fashion Week, considered to be one of the Big Four in the fashion industry found its inception in 1973. However, it was not the start of fashion in Paris. In the 18th century, in the court of Louis XIV, fashion as we know it emerged. The people of his court would take pride in wearing the latest and most elaborate styles created by well-known designers.

The upper class Parisian would then follow their suit and try to replicate their style. In fact, it was not only the Parisian people who would imitate them; instead the whole world would. Following this, it was Charles Frederick Worth, who, in 1858 opened his first haute couture house so that he was able to display his collections to upper-class women of Paris. It was in the 1850s that designers started to see the advantages of showcasing their designs to their clientele at once instead of consulting them individually. From then on fashion shows or défilés de mode was conducted by fashion houses without any set rules or a rigid structure. Thus, the history of Paris Fashion week was a long time in the making.

Although the private salon showcasing of their designs by the designers began in the 1850s, it was not until 1914 that the first big fashion event was held. During the time the world had plummeted into the First World War which had extensive French involvement. However, at the time, the French fashion was the height of fashion. If the fashion houses of Paris closed down, then there would no precursor for other fashion houses to copy from, there would be no designs to fill pages after pages in the various fashion magazine. Troubled by this idea, Edna Woolman Chase, the American editor-in-chief of Vogue decided to organize a big event at the Ritz-Carlton Ballroom and encouraged designers to bring their best designs to the event. She brought in models and trained them to walk on the runway and even encouraged upper-class women in high society to buy a ticket to the event. The show was a huge success as she had hoped it would be and it set the stage for many more such events to come.

In 1921 L’Association de Protection des Industries Artistiques Saisonnieres, otherwise known as PAIS was created to patent and protect the copyright the designers’ creations which were photographed.

Fashion workers were unable to access the city of Paris during the Second World War. Hence, most of the fashion, design as well as ideas were closed off from the rest of the world. Taking advantage of this fact, Eleanor Lambert, a New York publicist, organized the Fashion Press Week in 1943. It allowed American designers to enjoy the limelight for once who, until then, had been ignored due to the glitz of the Parisian fashion.

As a reaction to this 1943 show, the Le Chambre Syndicale de la Haute Coutur was formed in 1945, and the fashion shows were deemed to be a necessity, and a set of rules were also formulated which helped change the history of Paris Fashion week, giving it a more structured form. The designers were required to showcase 35 looks for both daytime as well as evening wear.

From then on, until the 1960s, Parish fashion and designs ruled the global market and were coveted by all. By the end of the 1960s, the fashion world was changing, and Parisian designers had to work hard to catch up to their counterparts who were in New York.

It was in 1973 that Fédération Française de la Couture was formed, and it is when the history of Paris Fashion Week as we know it began. It brought all of the shows in Paris together under one roof, and the first Paris Fashion Week was held. The show featured not only Haute Couture but Ready-to-wear designs as well as Men’s Fashion. The show brought together the Parisian as well as American designers together, all in the name of fashion. This first show in Paris was held at the Palace of Versailles and was actually a fundraiser to help in restoring the estate. The first show was overseen by the founder of New York Fashion Week, Eleanor Lambert as well as the curator of Versailles at the time, Gerald Van der Kemp. The designer who featured their designs at the show ranged from Yves Saint Laurent, Huber de Givenchy, Pierre Cardin, Anna Klein, Bill Blass, Oscar de la Renta, Emanuel Ungaro, and Marc Bohan at Christian Dior. It was infamously known as “The Battle of Versailles Show.”

The show was attended by the likes of Andy Warhol, Prince Grace of Warhol, and Elizabeth Taylor. The show was the height of fashion in Paris. Since then, the likes of the show has not been seen in Paris, and it is unlikely to be matched by any in the future. A Bugatti Limo was let loose on the runway by Saint Laurent, Dior made the fairy-tale of Cinderella come to life with the help of a pumpkin coach, and Ungaro featured a caravan drawn by rhinoceros.

Indeed, it is difficult to imagine the glitz and glam of the Parish fashion Shows which have gone by, but the shows of the recent times are not without their charms either.  In 1997, John Galliano made his debut with Dior with famous supermodels such as Naomi Campbell and Eva Herzigova donning his designs on the runway.

In 2010, Jean Paul Gaultier arrived at the parish Fashion with his designs after seven years, and the show was set in a riding arena which was completely authentic, and the models donned leather capes, hats for the Seville riding school, and riding boots.

September of 2014 saw the catwalk completely reinvented by Chanel as she used the stage for a feminist protest which was led by Cara Delvingne and featured Karl Lagerfeld.

Although the fashion shows in Paris started out in an informal setting, now they are held to a high and rigid standard. Only a few design houses can meet the standards of the show and claim their designs to be haute coutur ( which are usually featured at a different time than the ready-to-wear designs). In fact, it is only the big names such as Chanel, Givenchy, and Dior who get to feature their designs at esteemed and grand locations such as the Espace Eiffel or the Grand Palais. However, the smaller designer houses are not dealt a terrible hand since their location spaces, such as nightclubs, are often considered to be cooler by the crowd.

The Parish Fashion Week s not just about fashion though, it is an opportunity for these designer houses as well as other brands to organize their promotional events, or launch new products At the Paris Fashion Week, you will be able to find lavish, star-studded parties everywhere which also makes it a favorable time for various grand openings as well.

Suggested read: Jewels In The Crown: Top Trends In Fashion Jewelry To Look Out For

Hence, Fashion Week in Paris has evolved quite a bit from its traditional showcasing in private salons. It is not just small groups of upper-class ladies belonging to high-class societies attending these shows anymore. Now, it’s an event that is covered by thousands of journalists, critiques as well as fashion editors from all over the world. 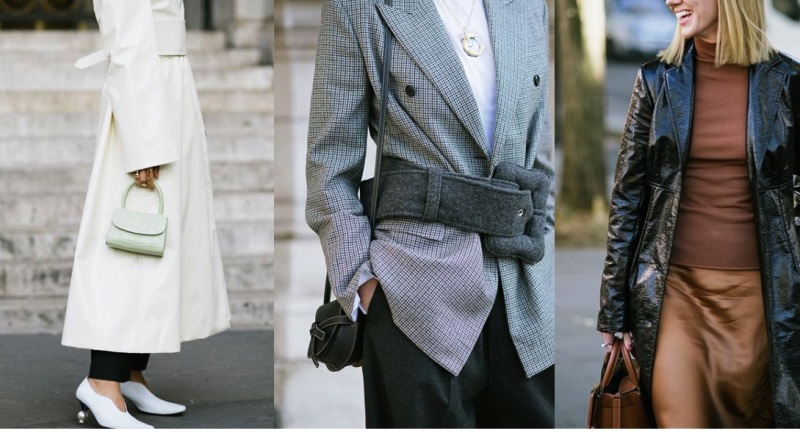