Hypebeasts And Their Shenanigans!

If a lot of people have been calling you a hypebeast, and you have no clue what in god’s name that is, then you have come to the right place. In today’s post, we will tell you what is a hypebeast, plus how to identify one (In case, you are not the hypebeast in the group, someone else is!). 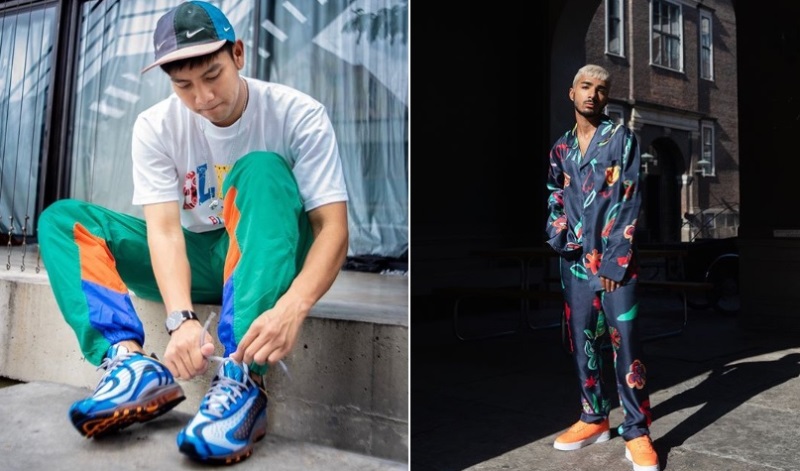 The social media is going crazy with the term hypebeast. According to the woke people of Instagram, hypebeast means flying around faster than fly. Since that made no sense, we disturbed the peeps at Urban Dictionary. According to them:

Crazy, isn’t it?! Well, the hypebeast would disagree. Though the two definitions may not be exactly the same, we can safely conclude that hypebeast like and do things that are trendy at the cost of anything.

Suggested read: What Is Polyamorous Dating? Everything You Need To Know

Now that we kinda know what is a hypebeast, let us move on and discuss how to identify one, shall we?

If your friend is like a walking talking Instagram page with hashtags all over their body (Figuratively, people!), then chances are that they are a hypebeast. Hypebeasts do not care about the philosophy of living life in moderation. They are blingy, flashy, and the mother of flamboyancy. When they dress up, they will make sure they are wearing all the labels that one possibly can.

Remember how in interviews people get asked what they would do if money were no object, well that question is a hypebeasts life! These people will somehow find a way (beg, borrow, steal) and get the latest iPhone, Sephora cosmetics, Gucci shoes, you get the drift!

A hypebeats does not worry about where their next meal comes from or where they will pitch their tent at night. But they really worry about being trendy.

A hypebeats does not own one or even four belts, they own a collection. The same is true for their shoes, wallets, bags, sunglasses etc. They are probably going to add all this in their will, because according to them these possessions are their achievements.

For the hypebeast, savings is not just zero, but a big question mark, because they have never even thought about it! A hypebeast believes in YOLO, in living in the moment, in carpe diem, in seizing the moment, and other shizz! Rent? Tuition fees? Responsibilities? Well, there is always another life to think about all that!

Suggested read: What Is A Brazilian Wax? 15 Things To Keep In Mind Before Getting One

The hypebeast knows all brands, and if in case they don’t know one, it only means the brand aint that good! They will not buy something, no matter how good, if it’s not branded. If it doesn’t have a name attached to it, our hypebeast isn’t interested. Also, if their favorite celebs aren’t wearing the trend, well then it is not a trend.

These people live for Instagram likes. They measure their worth by calculating the number of likes or comments or followers they have on Instagram. Each like is read as a sign that they are winning at this life thing.

They don’t follow the “normal” folks; they only diggin’ celebs, you see? And when we say follow we mean stalk so crazy that they end up looking like them. For example, if Beyoncé is wearing something, rest assured that our hypebeast has it too.

Well this point should have been the first thing on this list, but any who! The hypebeasts love their shoes, their shoes are their babies, or whatever the trendy people nowadays are calling valuable possessions. These beasts don’t care a hoot about their friends, family, dogs, kitties, or even themselves for that matter, but if anything were to happen to their shoes, they would wage a war against the world. Well, maybe they would just be mad for a long time, but you get the point!

So now that you know what is a hypebeast, who do you think is the hypebeast in your group? Tag them in comments, before they tag you! 😉

That is a wrap on today’s post. Did you find this useful? Let us know in the comment section below. If you have any recommendations of your own, then do share them with us!

To receive these posts in your inbox, sign up for our daily newsletter today. Our posts come wrapped in love.

Article Name
What Is A Hypebeast? Here's All You Need To Know!
Author
Ruth Russell
Description
In today’s post, we will tell you what is a hypebeast, plus how to identify one (In case, you are not the hypebeast in the group, someone else is!).