6 Best Movies To Win At The Cannes Film Festival

The Cannes Film Festival is undoubtedly the biggest, grandest and one of the top most important annual events in the world of cinema. Every year in the month of May, for over seven decades, the French Riviera has seen the who’s who of the cine- world competing to have their films recognized and their careers made. While it is true that the festival does not play a highly important role in determining the success of a movie (there are several Palm d’Or winning films that barely get any box office success at all), it is undoubtedly true that the festival does have the power to launch several films, actors and directors into critical acclaim and a fruitful career, ensuring that they become a significant part of film history even if their monetary success leaves a lot to be desired. Prominent filmmakers like Quentin Tarantino and Steven Soderbergh had their careers kick- started by Cannes.

The festival is extremely highly regarded and considered to be prestigious due to its exclusivity and history of premiering some of the greatest films of all time. It has been able to reach this sought after position due its system of allowing only a limited number of films that fulfill several criteria in order to contest in the competition. Moreover, the prestigious jury comprising some of the best filmmakers, actors and composers from around the world is another reason why Cannes is so important and a class apart among all the film festivals that take place.

The atmosphere at the 2018 Cannes Festival was a rather strange one; it was a mix of tradition with a hint of rebelliousness and modernity; there were also reverberations of the #MeToo movement amidst outcry over the fact that only three female filmmakers were included in the competition. The Jury this year was headed by actress Cate Blanchett, and included great personalities from the film world, such as Kristen Stewart, Taiwanese actor Chang Chen, French speaking singer-songwriter from Burundi Khadja Nin, director Ava DuVernay, actress Lea Seydoux, Dennis Villeneuve, French writer and producer Robert Guediguian and Russian director Andrei Zvyagintsev.

Like previous years, the lineup of films at Cannes this year too had some cinematic gems, films that moved audiences exhibiting high artistic standards and creating a positive impact. The following list, in no particular order, is a compilation of the movies that won accolades at the festival and also our hearts.

This is one of the only two American films in the running at this year’s Cannes, and signaled Spike Lee’s return to the competition after Jungle Fever in 1999. Based on the book by Ron Stallworth (called Black Klansman), this crime comedy- drama film was awarded the Grand Prix award at the festival. The story is set in the early 1970s when Ron Stallworth became the first African- American to become a detective at the Colorado Springs Police Department. It follows him and a certain Flip Zimmerman as they go into an undercover mission that could very well cost them their lives. They infiltrate the Ku Klux Klan to take down this extremist organization only to end up becoming the head of the local chapter. Coming from the same production house that created Get Out, this film is definitely going to be a strong contender at the awards season next year, and further the anti- racism discourse in Hollywood.

A special Palm d’Or was awarded by the Cannes jury to Jean Luc Godard for his film Le Livre D’Image. A pioneer of the 1960s French New Wave film movement, Godard has not attended the festival since 2004. At 87, the French- Swiss filmmaker continues to dazzle us, confound us, and push us beyond our limits with his somewhat strange yet equally stupefying way of making cinema. The Image Book is everything and nothing all at once; you understand it, but you’re also confounded by it, if that even makes sense. The film is essentially a visual scrapbook of an hour and 25 minutes, jolting us with a mesh of sounds, words and images seemingly disjointed from each other, along with strange title cards, and Godard’s voice appearing now and then to make mournful pronouncements. With this film, it feels like Godard is trying to express his anger towards us, at how little we care, how easily we forget our memories, and how we still haven’t been able to figure him out completely.

This year’s Palm d’Or is a film directed by Japanese director Hirokazu Kore- eda, marking the second time in this century that an Asian film has bagged the most coveted award at the Festival de Cannes. A truly inspiring win, this Japanese drama tells the story of a Japanese family of petty scammers who find comfort and a glint of happiness even in the most terrible of economic conditions. Going back to his style of filmmaking that creates socially aware films, Kore- eda offers his take on the rapidly devolving family system in Japan; wondering whether it is crime and love that holds families together in Japan now. However, in spite of its dark subject matter and harsh depiction of the destitution and squalor that the Shibata family live in, and the crime they (including the children) resort to for subsistence; the film succeeds in offering a glimmer of hope. Through this film, the celebrated director of Nobody Knows offers his critique of the state system’s failure to care for its poor and the torturous labor laws governing most nations today.

Samal Yeslyamova from Kazakhstan won the actress award at Cannes 2018 for her role in Ayka directed by Sergey Dvortsevoy. The festival this year was charged with issues such as the Harvey Weinstein case, the #MeToo movement, the need for female representation at Cannes and a jury with a majority of women. At a time like this, the award went to Samal for her portrayal of an impoverished young Kyrgyz immigrant who strives to survive in Moscow after abandoning her new born child. The character endures hardships one can only imagine, and Samal’s reserved performance captures the protagonist’s intense survival instincts that fuel all her actions that shock our senses and make us question our own biases. While, the plot and the protagonist do make us introspect regarding the kind of society we live in, the hyper- realistic nature of the narrative does tend to get quite monotonous, rendering the film with an oppressive tone.

Iranian born Danish director Ali Abbasi’s film won the prize of Un Certain Regard at Cannes this year. The story follows a border guard who has the ability to “sniff” emotions on people. She uses her extraordinary skill to sniff out guilty smugglers, but her abilities are challenged for the first time when she is unable to detect the smell of the suspicious looking man named Vore. As she gets to know this man better, Tina is forced to confront the truth about his real identity, and also truth about herself. This pure genre movie has elements of a romance drama, supernatural horror and a well –executed thriller. It has already received great success with distributors all across the world realized the potential of this film to reach beyond its niche audience and connect with the mainstream audience as well.

This film won the Jury prize at Cannes Film Festival 2018. Lebanese director Nadine Labaki’s critically acclaimed film is a massive leap forward from her previous two films; this film certainly has more heart, is grittier and much more sophisticated in terms of filmmaking. The film captures the plight of the children living in the squalor of the slums in Beirut, and those living without an ID card. Labaki handles this film high on social issues with much intelligence and care. The film is structured around a court trial, although it is not a court drama and such scenes have been kept to a minimum. It focuses on a case filed by 12 year old Zain, who is already serving a five year sentence for stabbing someone. The boy has filed a case against his parents, suing them for giving him life. Yes, you read that right. He is one of the several children his parents have given birth to, and who all live in the filth and poverty of their slums, earning a living either by hawking at the streets or by working at a convenience store owned by their landlord. Labaki captures the cacophony of the streets and the hellish world that adults create for their children, leaving them to survive without any help.

The films screened at Cannes, irrespective of whether they have won awards, are all works that go on to create a special place for themselves in the history of world cinema. Cannes also represents how serious the French are when it comes to cinema and its traditions, while also remembering to always take a step forward and appreciating art for what it is. 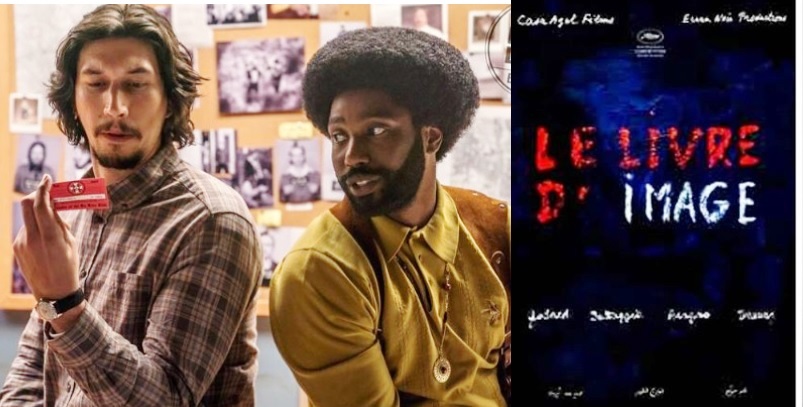