The Ultimate List Of The Best Movie Quotes Ever!

Are you a movie fan-atic? The only kind of fanatics that we love, because we are one of you people! 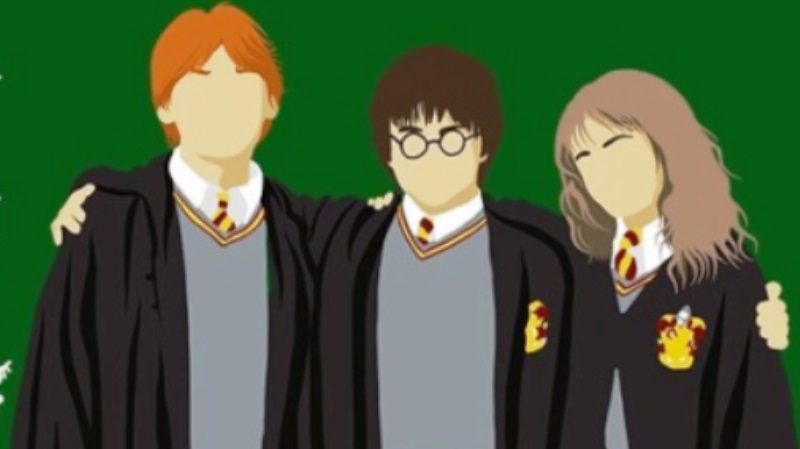 On public demand, we have curated 78 of the most famous lines from movies we have watched, loved and learnt from. Despite the list being so long, we are cent per cent sure that we must have missed out on many other stunning gorgeous piece of dialogues from movies. So if your favorite quote is missing, then just do us a favor and add them in the comments.

We hope you will enjoy reading these just as much as we did curating!

Most famous lines from movies

“Frankly, my dear, I don’t give a damn

“Here’s looking at you, kid”

“There are no two words in the English language more harmful… than “good job.”

“May the Force be with you”

“Toto, I’ve a feeling we’re not in Kansas anymore”

“I am your father”

“Hello. My name is Inigo Montoya. You killed my father. Prepare to die.”

“I’ll have what she’s having”

“You punched me in the face, you made me walk through shitty water, brought me to a fucking crackhead house, and now… I’m gonna have to kill this fucking clown. Welcome to The Losers Club, asshole!”

“This is the beginning of a beautiful friendship”

“Anyway, my mum always said things we lose have a way of coming back to us in the end, if not always in the way we expect.”

“You can’t handle the truth!”

“To infinity and beyond!”

“Houston, we have a problem”

“You had me at hello”

“There’s no crying in baseball!”

Suggested read: 15 Movies About Unrequited Love That Will Touch Your Heart

”I am serious. And don’t call me Shirley.”

“Mrs. Robinson, you’re trying to seduce me, aren’t you?”

“Leave the gun, take the cannoli”

“My Mamma always said, ‘Life was like a box of chocolates; you never know what you’re gonna get.’”

“Show me the money!”

“Say hello to my little friend”

“You’ve got to ask yourself one question: ‘Do I feel lucky?’ Well, do ya punk?”

“I love the smell of napalm in the morning.”

“Fasten your seatbelts. It’s going to be a bumpy night.”

“I’m as mad as hell, and I’m not going to take this anymore!”

“The greatest trick the devil ever pulled was convincing the world he didn’t exist.”

“Keep your friends close, but your enemies closer.”

“Every time a bell rings, an angel gets his wings.”

“I am big! It’s the pictures that got small.”

“What we’ve got here is a failure to communicate.”

“I have no idea to this day what those two Italian ladies were singing about. Truth is, I? don’t wanna know. I would like to think they were singing about some thing was so beautiful it cant be expressed in words and make your heart ache because of it.I tell you this voice soared higher and farther than anybody in a Gray place dares to dream it is like some beautiful bird flapped into our drab little cage and made these walls dissolve away. For the briefest moment every last man in Shawshank felt free.”

“Words are, in my not-so-humble opinion, our most inexhaustible source of magic. Capable of both inflicting injury, and remedying it.”

“Mama says, ‘Stupid is as stupid does.’”

“If you built it, he will come”

“I’m having an old friend for dinner”

“William: I live in Notting Hill. You live in Beverly Hills. Everyone in the world knows who you are, my mother has trouble remembering my name.
Anna Scott: I’m also just a girl, standing in front of a boy, asking him to love her.”

”Pay no attention to that man behind the curtain!”

“After all, tomorrow is another day!”

”You is kind. You is smart. You is important.”

“You know how to whistle, don’t you, Steve? You just put your lips together and blow.”

“I have always depended on the kindness of strangers.”

“You fail to recognize that it matters not what someone is born, but what they grow to be.”

“If you want to know what a man’s like, take a good look at how he treats his inferiors, not his equals.”

“Gentlemen, you can’t fight in here! This is the war room!”

“If you let my daughter go now, that’ll be the end of it. I will not look for you; I will not pursue you. But if you don’t, I will look for you, I will find you, and I will kill you.”

“My name is Maximus Decimus Meridius, commander of the Armies of the North, General of the Felix Legions and loyal servant to the true emperor, Marcus Aurelius. Father to a murdered son, husband to a murdered wife. And I will have my vengeance, in this life or the next.”

“I’ve seen things you people wouldn’t believe. Attack ships on fire off the shoulder of Orion. I watched C-beams glitter in the dark near the Tanhauser gate. All those moments will be lost in time like tears in rain. Time to die.”

“I know I can do it”, Todd Downey said, helping himself to another ear of corn from the steaming bowl. I’m sure that in time, every bit of her will be gone, and that her death will be a mystery, even to me.”

Suggested read: ncest That Intrigues: 15 Creepy Incest Movies That Had Us Hooked

That is all we have on today’s post on the most famous lines from movies. Did you like what you just read? Let us know in the comment section below.

Keep your eyes on this space if you love movies and the wisdom they carry in them. If you want to contribute an article, then please feel free to do so.

Article Name
Here Are 78 Most Famous Lines From Movies That You Can Use And Become Instantly Cool!
Author
Riya Roy
Description
On public demand, we have curated 78 of the most famous lines from movies we have watched, loved and learnt from.