The TV Shows That Rocked The Idiot Box This Year

This is being called the Era of Peak TV, and such, how could we not curate a list of the best TV shows that 2017 gave us?!

Are you someone who just loses their mind in happiness whenever a new TV series (and it goes without saying, a good TV series), is aired? Well, then you have found your way to the list you will love.

In today’s post, we will discuss the best TV shows of 2017 that made us laugh, cry, feel and think, and earned a spot on this prestigious list!

Suggested read: 11 Most Romantic Movies For Winter That Will Warm Your Heart

“They say it’s good to let your grudges go, but I don’t know, I’m quite fond of my grudge. I tend it like a little pet.”  – Liane Moriarty, Big Little Lies

We are all tired of TV shows that revolve around the lives of rich white women, right? However, prepare to be surprised, as Big Little Lies is not the regular ‘rich white women with petty problems’ kind of a show. It exceeds every expectation!

The show is based on a novel by Liane Moriarty that hovers around the lives of a few California moms who complain relentlessly about their everyday lives, especially their school-going kids. However, the idyllic community of Monterey is shook by a murder, and that’s when a group of parents, teachers and partners work in tandem to unravel the mystery around the murder.

The cast includes Reese Witherspoon, Nicole Kidman, Laura Dern and Shailene Woodley, supported by Alexander Skarsgård, Adam Scott, and others, which makes it a must watch.

This penultimate season of GoT, brought with it some huge revelations about one of the most important characters Jon Snow. We saw how old alliances were forgotten and new alliances made, turning the entire season into a nail biter. While we loved everything from Sansa and Arya’s reunion to how they avenged their parents, Ed Sheeran’s cameo disappointed us a little. But I think we can forgive him now that it’s the season of forgiveness!

“We were the people who were not in the papers. We lived in the blank white spaces at the edges of print. It gave us more freedom. We lived in the gaps between the stories.”  – Margaret Atwood, The Handmaid’s Tale

Based on Margaret Atwood;s dystopian novel by the same name, this new TV series is about life in Gilead, a totalitarian society which is ultraconservative. In the near future we see how the fertility rate of people collapses due to numerous diseases and pollution. And so it is decided by the people in power to reorganize the society to pitilessly suppress the women. Women are not allowed to hold any money, jobs, and property. They are not even given access to education. The fertile women are recruited as handmaids who live in the homes of the ruling elite, and submit to ritualized rape to bear children for their masters. This is a gripping thriller that everyone must watch.

“World catastrophes like this, they aren’t caused by lone wolves like you. They occur because men like me allow them. You just happened to stumble into one.” – Philip Price

If you loved the first and second seasons of Mr Robot, then the third season will not disappoint either. This TV show was one of the best things screened on our idiot box this year. It beautifully merged the plotting of the first season and the artful character study of the second to create this masterclass of a season.

“I asked if you wanted to be my friend. And you said yes. You said yes. It was the best thing I’ve ever done.” – Mike, Stranger Things 2

There was a heap of expectations around Stranger Things, considering how amazing the first season was. But, Duffer Brothers took the challenge and created a season way better than the first one, methinks. In Season 2 we saw many new characters who didn’t seem out of place, thank god, but took the story to another level. Look out for Eleven’s “bitchin” makeover, Mad max, and the cute *ss on Billy to cheer you up!

And I understood that here, in this place, they were the lucky ones. In a world full of orphans, they still had each other. And I was a ghost. I was a ghost who had no place there. And that, Kevin, is when I changed my mind. – Nora, The Leftovers 3

The last TV show on our list is definitely the best one (who told you the shows where ordered?!).  This TV show is based on the bestseller by Tom Perrotta, and talks about a global catastrophe where 140m people vanished without leaving a clue. Kevin Garvey, a long-suffering cop tries to maintain a balance between the people of his town and the cult, which is a challenge because of his kids who are having a struggle of their own.

That is all we have on today’s post on the 6 best TV shows of 2017. Did your favorites feature on the list? If not, then let us know about the shows that you loved most, this year, in the comment section below. Also, tell us why you loved them.

For other 2017 reviews stay glued to this space! 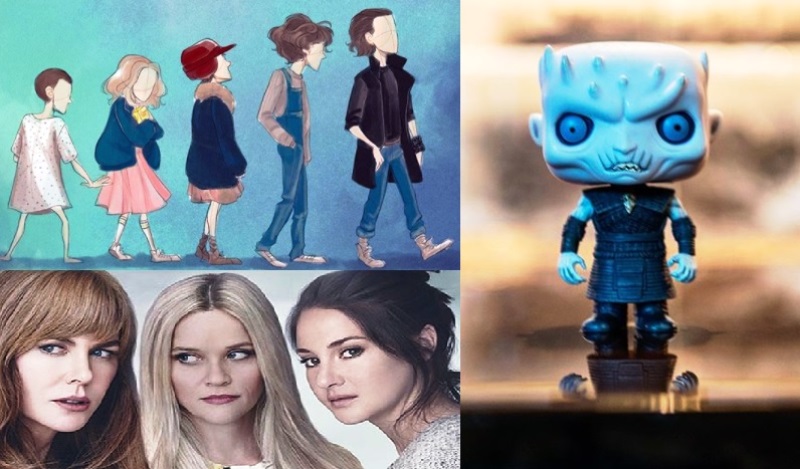 Article Name
Here Are The 6 Best TV Shows Of 2017
Author
Riya Roy
Description
In today’s post, we will discuss the best TV shows of 2017 that made us laugh, cry, feel and think, and earned a spot on this prestigious list!