Dabboo Ratnani Calendar 2016: THE Calendar You NEED To Possess!

Celeb photographer Dabboo Ratnani unveiled his celebrity calendar for 2016 at the Olive Bar and Kitchen, a restaurant in Mumbai, on January 13th. The launch was hosted by Ratnani himself, his beautiful wife, Manisha, and his adorable kids Myrah, Kiara, and Shivaan. Quite expectedly, it was a very star-spangled event with all Bollywood bigwigs adorning the launch with their presence.

Dabboo Ratnani is best known for his annual calendars, which have become a kind of a ritual after completing more than a decade now! He has created a fashion of collectible star-studded calendars in India, after the trend of the Pirelli Calendar. Featuring on Dabboo’s annual chart has become an important yardstick in Bollywood: every big name’s on it, and every budding star knows that this shoot is as significant as winning awards! Not only is the calendar a big buzz for page 3, but so is the launch event!

Dabboo Ratnani calendar 2016 boasts of big Bollywood names, including the likes of Amitabh Bachchan, Shahrukh Khan, Farhan Akhtar and the like. The launch of the calendar, which turned 12 on the 13th, saw stars like Rekha, Sidharth Malhotra, Alia Bhatt among others, cheering for it!

This year, the focus was more on the ‘young blood’ in Bollywood. We saw the NH10 actor, Anushka Sharma, pose in a gleaming backless dress, which most certainly stressed the gusto and the oomph factor! Then we saw the ‘Shaandaar’ Alia Bhatt, rocking a scarf crop-top for us! Bet she is turning all girls green with that ‘Killa’ figure! Parineeti Chopra, who recently slammed her haters with a kicka** photoshoot, shocked them again with this glam doll avatar she has donned for Dabboo Ratnani’s photoshoot!

Kriti Sanon, the Dilwale actor, made a debut on the annual calendar this year. She looked impeccably hot and that too is an understatement, if you trust me! We also saw Athiya Shetty, Sunil Shetty’s daughter and the Hero actor, debut with a ‘luscious’ picture!

The fearless Dabangg girl, Sonakshi Sinha, rocked and shocked everyone with a quirky tribal look, while Shraddha Kapoor kept the fire burning with a seriously short pair of hot pants and a white gunji!

Shahrukh Khan has been a constant in Dabboo’s annual calendars. The shoot proves once again that King Khan is aging backwards!

We also saw Adnan Sami and his wife Roya at the event. They certainly threw the shutterbugs into a slight tizzy! This was the singer’s first appearance in front of the media after he was officially granted the Indian citizenship.

A major highlight of this starry evening was the recluse Rekha’s attendance! She looked elegant extraordinaire in a white Kanjeevaram saree teamed with a pair of dark shades. Also spotted at the venue were Sidharth Malhotra, Evelyn Sharma, Sonal Chauhan, and R. Madhavan who came with his wife, Sarita. The hotness quotient was, without a shadow of a doubt, upped by Sunny Leone who walked in with her husband Daniel Webber.

From the 2012 edition onwards, the photographer has shot videos with the celebrities during shoots and also clicked a number of behind-the-scenes action! Keeping with the tradition, this time round too, he has shared the pictures with his fans on his Twitter handle @DabbooRatnani

Let’s have a look at the pictures of the personalities who made it to the much-awaited calendar of the year!

Thank you Amit Uncle @amitabhbachchan For Your Kind Words. It's an Honour to Shoot With You For #DabbooRatnaniCalendar #2016

Dared to be different. Heres my shot for @DabbooRatnani‘s 2016 calendar! Love our little experiments! pic.twitter.com/XLMtQsqkWj 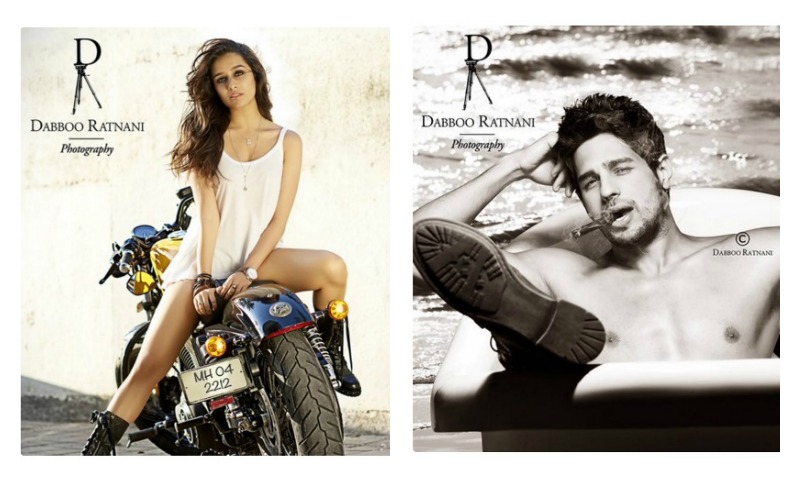