The year saw quite a dazzling galaxy of stars descend on the red carpet. And it isn’t surprising that our desi sirens, our B-town divas stole the show. And why wouldn’t they- given that their red carpet looks can rival any breathtaking glimpse from the universe? Don’t believe me? 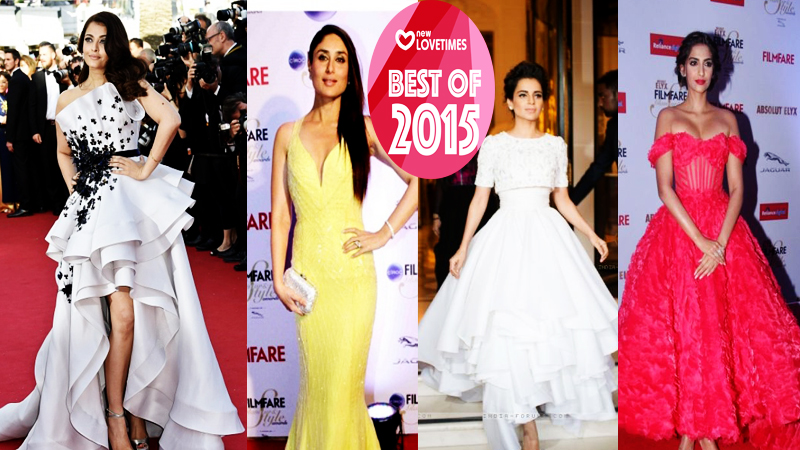 Take a look at the most stunning red carpet looks of 2015:

Spotted at: The Grazia Fashion Awards 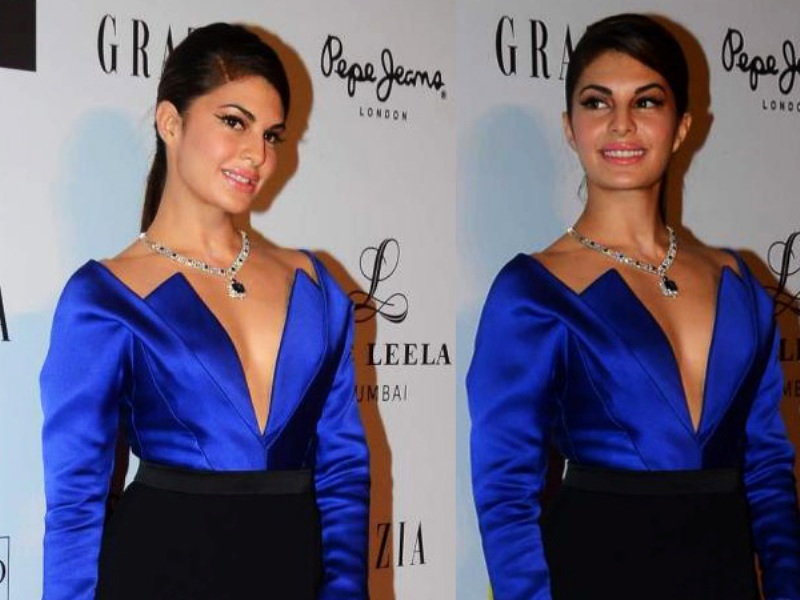 The Sri Lankan beauty sure knows to mix oomph with élan and poise well. Beautiful in blue, she added the silver neckpiece as just the right garnish needed for the exquisite neckline. Keeping the pout nude, she added flair to her eyes with the winged eyeliner. And the neatly tied hair simply topped it off with perfection. 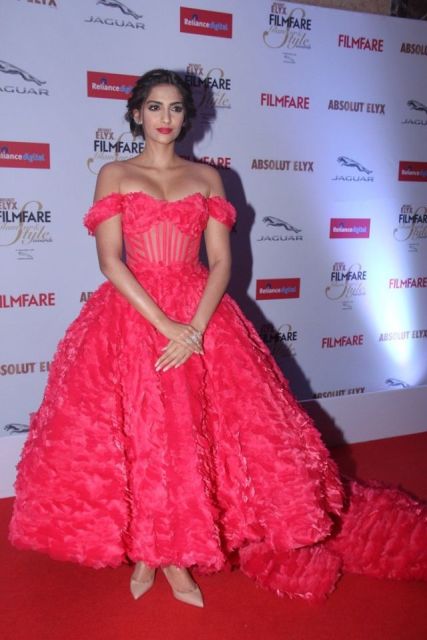 The off-shoulder Michael Cinco gown coupled with diamond studs and the messy hairdo sure evince just why Sonam Kapoor is the fashionista she is. Her picks are always unique and she and the highlight of her look, most certainly, is the hot red pout. 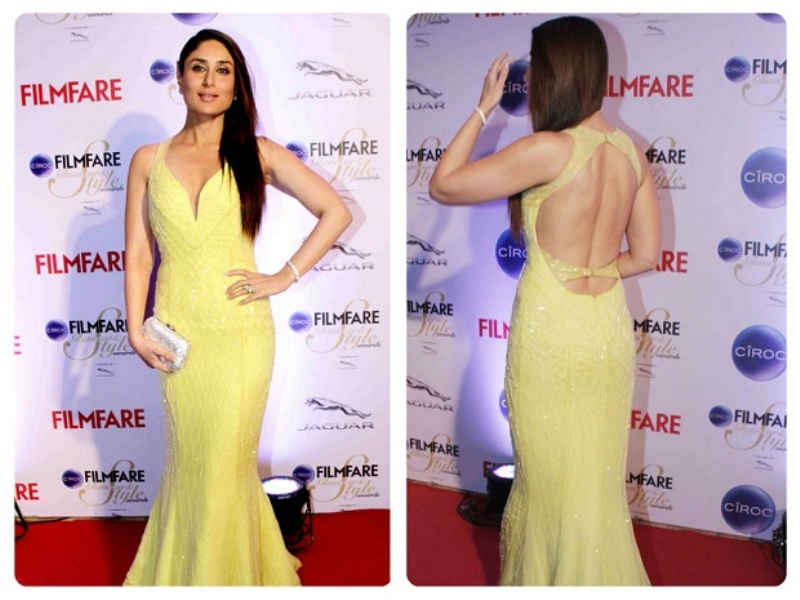 Bebo redefined hotness with her red carpet look this year. The lemon colored Roberto Cavalli gown did complete justice to her impeccable curves and the back added to the oomph factor. Keeping the makeup and accessories minimal, she decided to rev up the glam n glitz quotient with a silver minaudiere.

Attending:  The Premiere of Queen in Paris 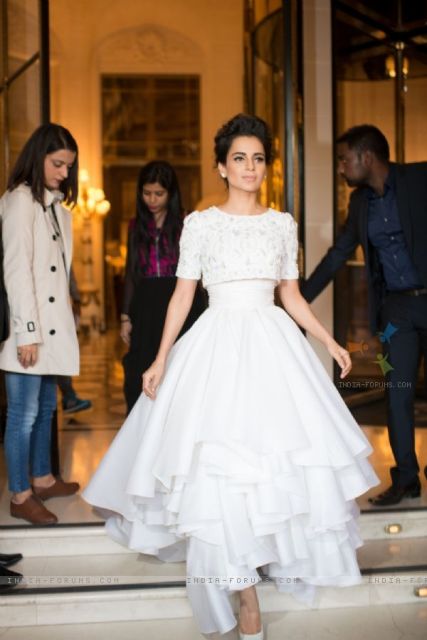 When it comes to the queen, the style cannot be anything short of regal, right? The gorgeous Ralph and Russo ball gown paired with matching heels made her look like a French perfection. The diamond studs, flushed cheeks and the nude lips added to the perfection. 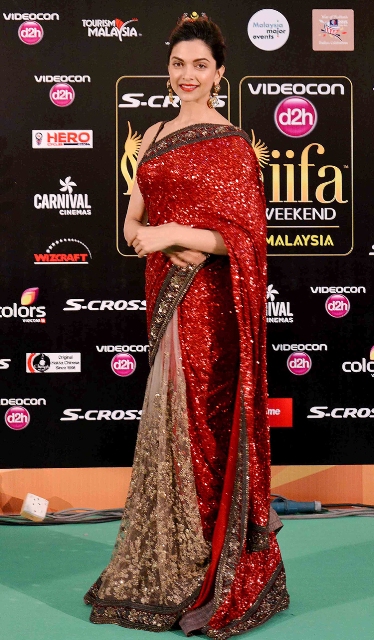 It is rightly said that an Indian beauty looks scintillating in six yards of sheer elegance. Deepika Padukone stunned the viewers in this Sabyasachi sari. Her tall and slender figure looked flawless in the shimmery tale of stardom and the jhumkas gave her a classy touch. 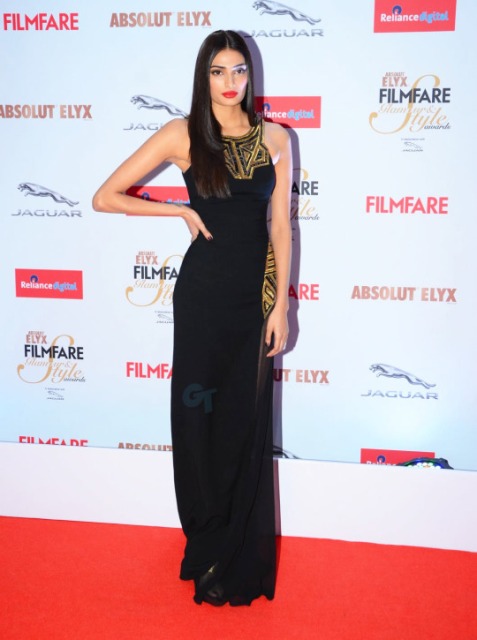 This newbie is all set to rule the magazine pages because of her spectacular style statement. Out of her several breathtaking appearances, this one deserves a special mention. The black semi sheer gown with golden highlights is stunning. The hot red lips and poker straight hair looks bang on. Killer!

Posing at: Musicares (An International Event) 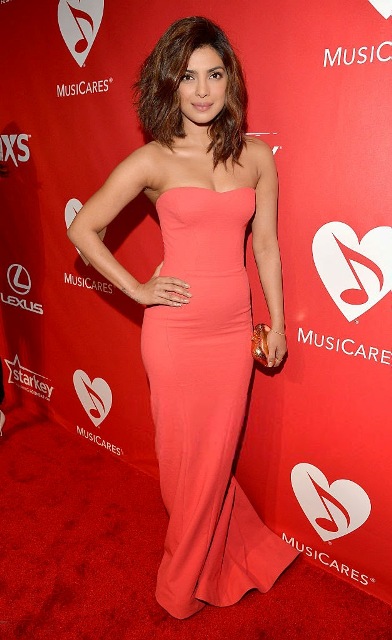 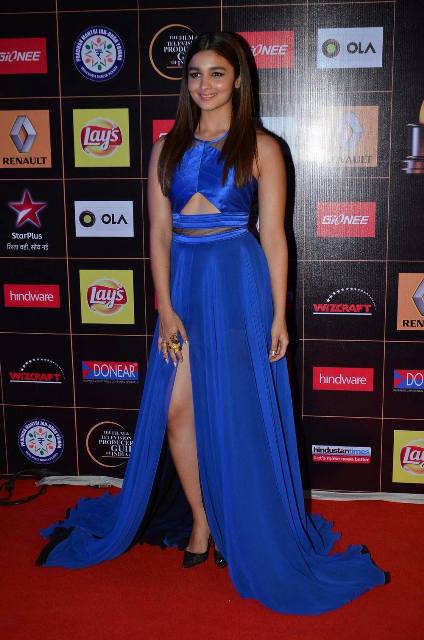 Sexy blue dress with a super sexy thigh rise slit! Alia’s look shoots high on the hotness meter here. With smoky eyes and sleek hair parted in the middle, she kept it low on the accessories. The cut in the middle exposing her polished body was the cherry on top. 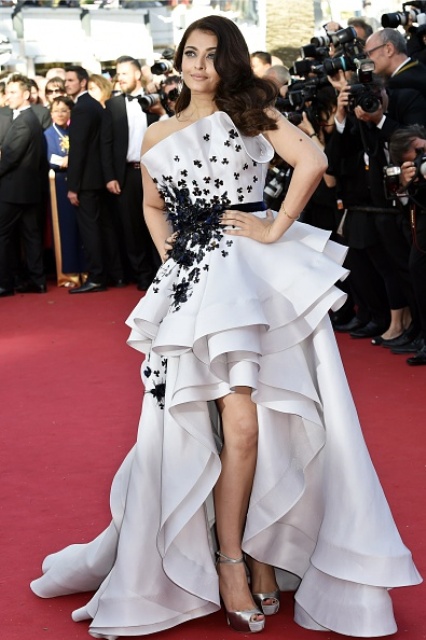 Because her look at Cannes is the most talked about and awaited red carpet look every year.. This Ralph and Russo couture gown makes for the perfect complement to her matchless beauty. Silver pumps, diamond earrings and the right touch of makeup- what else could you ask of the Indian Goddess of glamour? 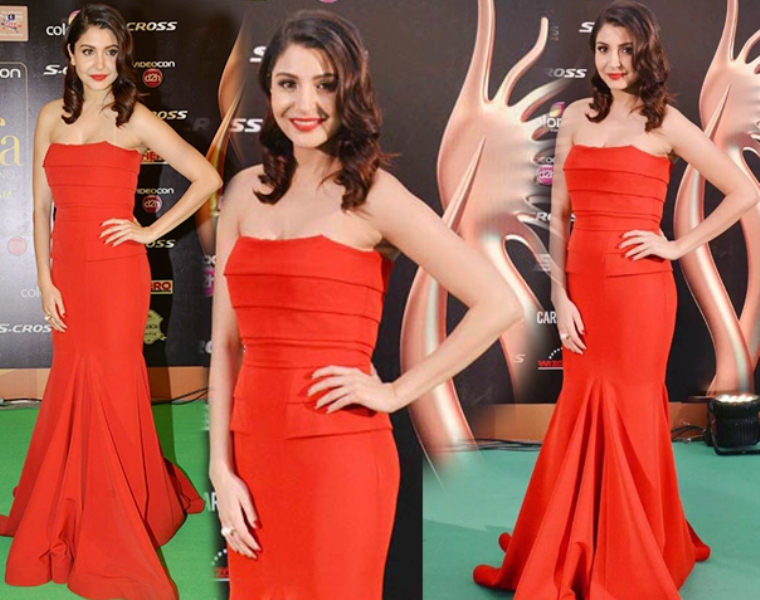 Spreading sizzles in the Gauri and Nainika tangerine gown, Anushka looked bold enough to bowl anyone out. Adding the perfect hue to her lips, her vintage locks made her look like a sassy queen- oh my my!

Which was your favorite Bollywood red carpet beauty moment in 2015? Tell us in the comments below.