1000 weeks of DDLJ – Unforgettable dialogues from the movie that redefined love!

On 20 October 1995, the way India saw, perceived and experienced love, changed forever. A whole generation of lovers was influenced by one cinematic landmark, which redefined what was acceptable and what was not. Mumbai’s Maratha Mandir has become forever associated with this film, given the duration for which it played a show.

So why did it succeed? Was it because it painted the perfect fairytale – boy gets the girl and they live happily ever after, ALONG with parental approval? Was it because it was the ultimately potent blend of traditional and modernity – boy and girl get to cavort in pristine Switzerland, but they also are rooted in Indian values?

Yes, we are referring to DDLJ (Dilwale Dulhania Le Jayenge). Books have been written about the movie, which was made on a budget of about INR 4 crore and went on to break all box office records. The shy and reclusive director, Aditya Chopra, who got married to Rani Mukherji just a few months ago, has still remained an enigma to the media. Shah Rukh Khan still rules the roost in Bollywood, churning out blockbusters even as he steps into the sixth decade of his life.

Here are 10 unforgettable lines from the movie: 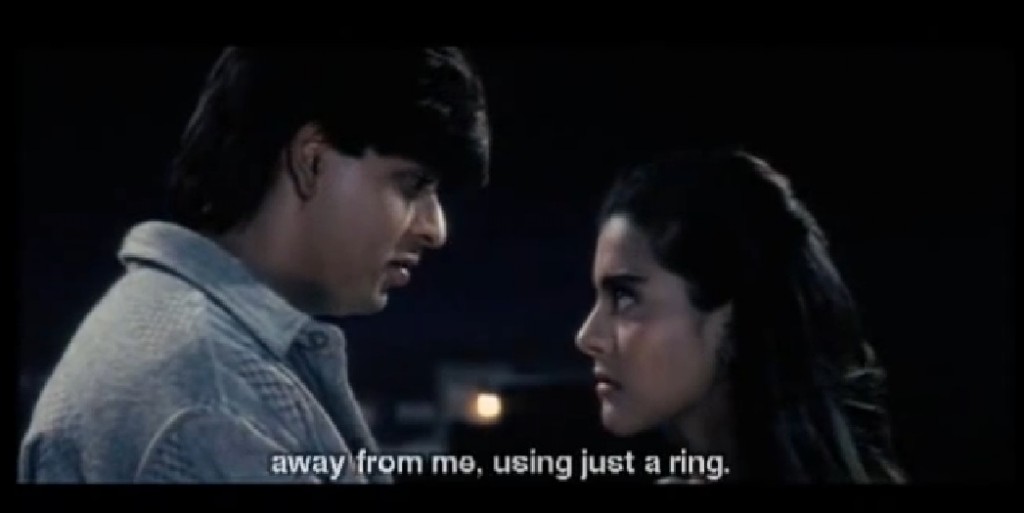 Tell us your favorite dialogues from the movie in the comments below!