#BabyBump: Announcing The Near Arrival Of A Filmy Scion – Rani Mukerji And Aditya Chopra’s Baby

We all love Rani Mukerji, and we couldn’t be happier for her, now that she is on the road to motherhood. Rani is beloved because of her girl next door charm and goodwill reinforced by her acting chops.

While in reel life, she has played an assortment of characters that have had a less than pleasant experience, her real life on the contrary (at least in the recent past) has been like a fairy tale. Married to her long-time boyfriend and a Indian movie mogul, Aditya Chopra, she has been leading a charmed life… exploring movies of her choice, focusing on the things she believes is important, and starting a family.

Soon after her wedding in April 2014, she expressed her intent to start a family and made a statement to that effect. She also said that “becoming a mother is the greatest achievement for any woman.”

Like everything else with Aditya Chopra, this news was also kept firmly under wraps. Left to Adi, we would have only known once they attended a function with the baby in tow, maybe a few years from now! 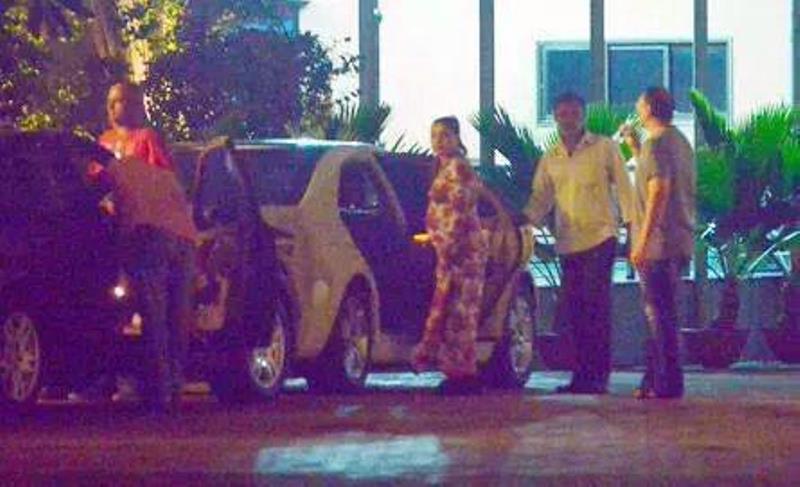 Already in her second trimester (the baby is supposed to be due in January 2016), the public got wind when she was photographed getting into her car with a noticeable bump, dressed in a fitted floral maxi dress. This news was confirmed by her sister-in-law as well, wife of her brother Raja Mukherjee.

Of course, social media and Twitterati was ablaze with congratulatory notes pouring in…

Congratulations, Rani on your greatest achievement, and we wish you and Adi happy parenting! We hope you have a beautiful and healthy baby (girl, maybe – fingers crossed!).