Game of Thrones may be one of the most popular shows in any network’s history, but it wouldn’t be the same without its quintessential Mother of Dragons aka Khaleesi aka Daenerys Targaryen. And quite fittingly, Emilia Clarke, 28, who plays the Dragon Queen, has been named Esquire’s Sexiest Woman Alive.

The magazine made the announcement early Tuesday; however, GQ beat it to the punch by naming Emilia Woman of the Year in September. 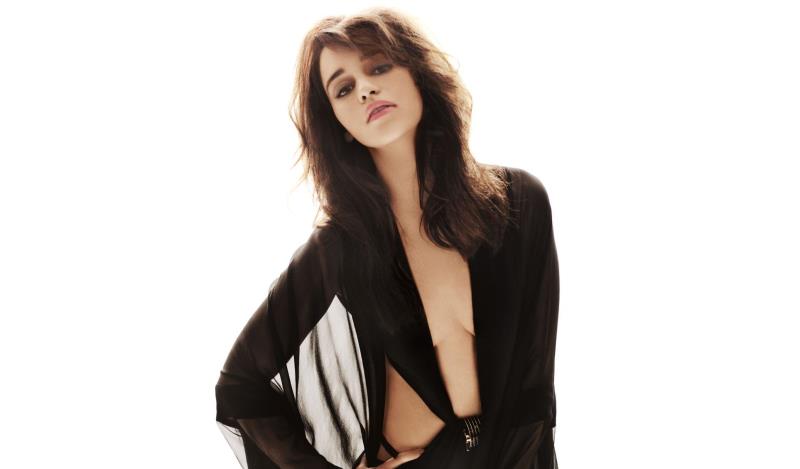 Apart from her powerful role in the hit TV show, Game of Thrones, Emilia was also seen as Sarah Connor in the summer hit and Arnold Schwarzenegger-starrer Terminator: Genisys. Did you know that Emilia has received Emmy Award nominations for Outstanding Supporting Actress in a Drama Series in 2013 and 2015.

The actress is on the cover of the November 2015 issue of Esquire magazine, and she looks gorgeous. With a smoky eye makeup and a pretty pink lip color, she manages to look both beautiful and sultry. A bedsheet placed strategically is the only clothing she has on.

Suggested read: If Game of Thrones characters were on Tinder, their Tinder profiles would be…

Although Emilia has tasted success since she was cast as the Mother of Dragons on Game of Thrones, she comes from a rather modest background. While her father is a theatre sound engineer, her mother is a businesswoman, who started out as a secretary. She also has a brother, whom she followed into boarding school because she ‘fancied his friends.’

Khaleesi, apart from aspirations to rule the seven kingdoms from Westeros, can also be seen on the big screen in the movie adaptation of the bestselling novel by Jojo Moyes, Me Before You, which is set to release in 2016.

For now though, we have the sixth season of Game of Thrones to look forward to, which will tentatively air in April 2016.

Congratulations, Emilia Clarke! Look forward to seeing more of you in the future.