When it comes to religion and godmen, there is no dearth to them or their antics, for if you disclaim one rotten apple, ten more crop up by the time you heave a sigh of relief. Take Asaram Bapu, Baba Ramdev, or any of the hundreds, if not thousands of godmen and women as examples. 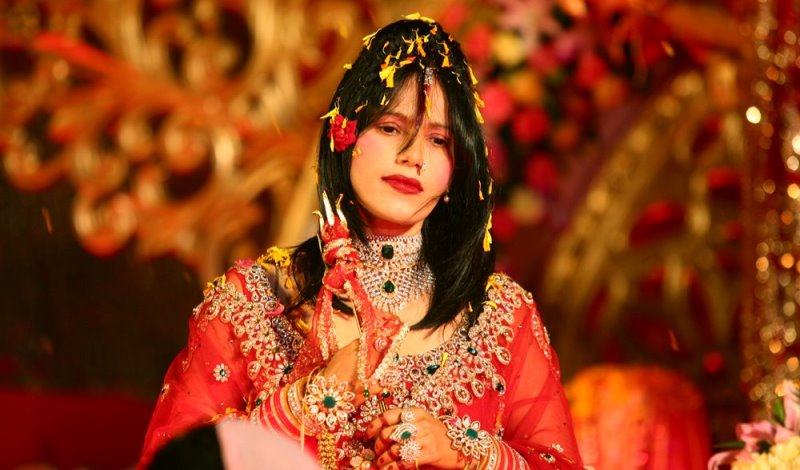 One such self-styled godwoman and spiritual guru is Radhe Maa, currently based out of Mumbai. The middle aged godwoman, who counts several high-profile people among her ‘devotees,’ is never without her trademark red lipstick, a long red teeka on her forehead, expensive-looking jewelry, eye shadow, eyeliner, and mascara.

And this godwoman has not had a very pleasant time this past week. She’s found herself to be in somewhat of a … pickle, I’m afraid.

She found herself making headlines when some of her pictures were leaked online, in which she’s seen wearing … a short red dress (gasp!) paired with knee-high boots and a jaunty hat. Take a look at the pictures: 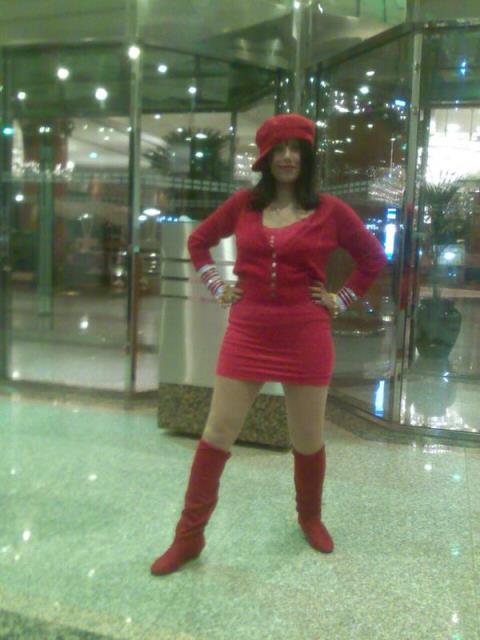 Radhe Maa in a short red dress and knee-high boots 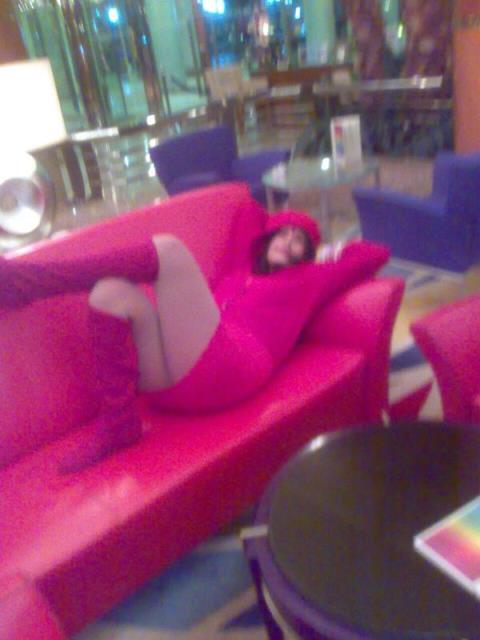 In the time of social media, how can such news be silenced? Nope, it cannot. Unsurprisingly, twitterati came up with some hilarious responses to Radhe Maa’s ‘scandalous’ photos.

When wifey returns from kitty but pretends as if she was in satsang. pic.twitter.com/5YdBazBfpr

As if that wasn’t embarrassing enough, a 32-year-old woman from suburban Kandivali accused Radhe Maa of instigating her in-laws, who are Maa’s devotees for several years now, to demand dowry from her. Following the complaint, FIR was registered against Radhe Maa and six others, including the complainant’s in-laws, who subjected her to ‘mental and physical harassment for dowry.’

Radhe Maa now faces several allegations, ranging from obscenity to harassment of devotees to being booked under anti-dowry harassment case too. While speaking to the media, she said,

“I am pure and pious. I am innocent. I respect the media and the police. I have not done anything obscene.”

When asked about the allegations of dowry harassment, this is what the self-styled godwoman had to say:

“First there should be an inquiry against those who have leveled allegations against me.”

Describing the complainant as a ‘very poor woman,’ the godwoman went on to level counter allegations against her saying that she was after Maa’s wealth. Further, she went on to say that she herself had two ‘very beautiful’ daughters-in-law from whom she hadn’t demanded anything, despite them hailing from rich royal families.

The police have said that Radhe Maa will be taken into questioning after recording the statements of the six other accused in the dowry case.

And when such scandalous things are happening, who can expect Bollywood stars to keep mum about it? Following the allegations leveled against the self-styled guru, Bollywood came out with mixed reactions. While director Subhash Ghai posted a rather lengthy post on his Facebook page in support of the godwoman, actors like Rishi Kapoor have naysayed her claims of being a godwoman, and urged the public to open their eyes and think for themselves than to believe in such frauds.

Yes. Being the devotees of mata Vaishnu Devi Me n my wife mukta have been visiting Radhey Maa to…

Seems like Rishi Kapoor had the last laugh. Check out what the actor had to say about the controversy:

Make up,lipstick,eye shadow,jewellery et al. for discourses? Is that my friend Bappi Lahiri without his glasses? pic.twitter.com/jSaa8GML9F

The next Baba! “Rishi muni Rishi” Already an actor so all geared up for the Dhongee rip off! pic.twitter.com/M5PUKb79J2

Jaago India Jaago!Kamzori ka faida uthaya ja raha hai by these actors. I am too, but I entertain not deceive. Sochna! pic.twitter.com/uA8cxyH2MS

What is your take on this whole Radhe Maa controversy? Are Indians obsessed with godmen and godwomen? Are we so gullible? Tell us in the comments below.