Rains wreaking havoc in Mumbai is nothing new to Mumbaikars. And July 21st, the peak of the monsoon season wasn’t an exception either. Heavy rains lashed the financial capital of the country, making it impossible for people to even venture out of their homes. The rains also caused widespread flooding and destruction of property to boot.

It’s not as if the government was caught unawares. Monsoons are an annual occurrence, and they could do something to brace themselves when it hits. Oh no – that almost never happens in our country. But if you so much utter a peep about the bad governance and the sad state of infrastructure, lo and behold – people from every nook and cranny of the country come out in defense of, none other than, NaMo. 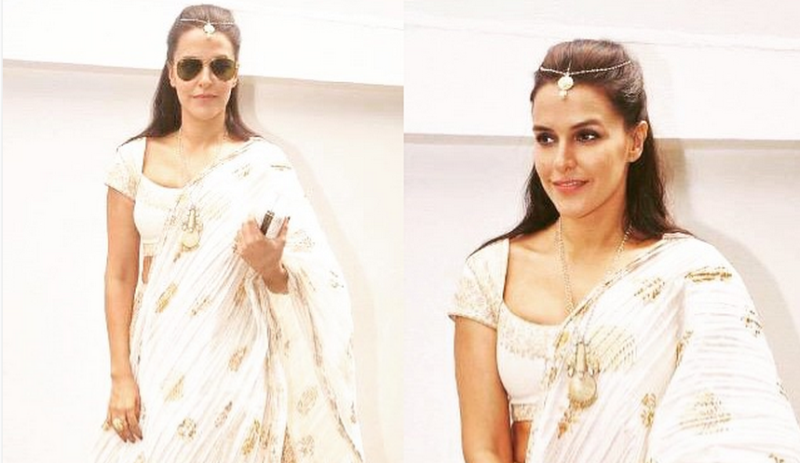 And as a resident of the city, Bollywood actress Neha Dhupia, took to Twitter to express her frustrations and grievances about the government’s inept handling of the floods. She tweeted warning Mumbaikars of staying inside the safety of their homes, and to venture out only if absolutely necessary:

Mumbaikars pls be warned traffic outside is terrible,roads r flooded the situation is getting worse by the minute. Step out only if u must!

One rain n the city comes to a standstill. Good governance is not about selfies n makin us do yoga,it’s making sure ur citizens r safe. — Neha Dhupia (@NehaDhupia) July 21, 2015

BAM – came the scathing remarks about her character, her work, and some low-lives even went as far as to call her a publicity-hungry actress, who would dare to criticize the ‘great’ Narendra Modi, our ‘esteemed’ Prime Minister, of bad governance, for a mere 15 seconds of fame.

Suggested read: Assamese woman beheaded on suspicion of being a witch

The actress was soon trending on Twitter, with caustic responses to her tweets against Narendra Modi. Many of her detractors were enraged that she had the audacity to criticize the PM, who, may I remind everyone, is a public servant:

Neha Dhupia if roads of every state of Modi ji responsibility then why state Govt r dere ? Don’t behave like dumb 4 cheap publicity…

And things quickly turned sexist, with some calling her a ‘slut,’ ‘prostitute,’ and whatnot.

Bitch try to respect prime minister of India he’s not like u a whore https://t.co/tCIJg5aHuJ

All those #GrowingUpAGirl, please vow to yourself, you will never become a filthy dumb fuck bimbo like Neha Dhupia!! — rsvg (@rsvg100) July 21, 2015

All was not lost, however. There were some who came to the rescue of the actress, who has been silent since the Twitter started trolling her.

so Neha Dhupia has listed what should be our first priority toward country and she gets abused by bhakts #Shame https://t.co/i3K9fUrV7h — Abhishek (@abhishek2526) July 21, 2015

Those trolling Neha Dhupia..busy finding her history etc, how easily did u skip this responsible citizen tweet ? https://t.co/aT6rDjyCjx

The abuse Neha Dhupia is facing is yet another reminder that, in India, trolls are not the exception – they are the norm.

Really, they should be ashamed of themselves for their misogynistic responses against a woman, who is an actress by profession. Her profession is different and her wish for good governance is different, and her character and personal life are different. How can they attack her so viciously? She made a valid point on the government’s clumsy handling of the monsoons in a city as vast and as populated as Mumbai. What wrong did she do? Pray enlighten me, you misogynistic, repressive, right-wing b*ttheads?