20 Quotes From A Book I Read Every Christmas

A novel that I read every Christmas because it warms me up from inside, here are some of the best quotes from Pride and Prejudice.

Suggested read: 15 Quotes By Chimamanda Ngozi Adichie That Will Inspire Every Feminist To Take The Movement Forward

Best quotes from Pride and Prejudice by Jane Austen

Here are my favorites quotes from Pride and Prejudice by Jane Austen.

“I declare after all there is no enjoyment like reading! How much sooner one tires of any thing than of a book! — When I have a house of my own, I shall be miserable if I have not an excellent library.”

“There are few people whom I really love, and still fewer of whom I think well. The more I see of the world, the more am I dissatisfied with it; and every day confirms my belief of the inconsistency of all human characters, and of the little dependence that can be placed on the appearance of merit or sense.”

“I cannot fix on the hour, or the spot, or the look or the words, which laid the foundation. It is too long ago. I was in the middle before I knew that I had begun.”

“Vanity and pride are different things, though the words are often used synonymously. A person may be proud without being vain. Pride relates more to our opinion of ourselves, vanity to what we would have others think of us.”

“What are men to rocks and mountains?”

“There is a stubbornness about me that never can bear to be frightened at the will of others. My courage always rises at every attempt to intimidate me.”

“You are too generous to trifle with me. If your feelings are still what they were last April, tell me so at once. My affections and wishes are unchanged; but one word from you will silence me on this subject forever.”

“From the very beginning— from the first moment, I may almost say— of my acquaintance with you, your manners, impressing me with the fullest belief of your arrogance, your conceit, and your selfish disdain of the feelings of others, were such as to form the groundwork of disapprobation on which succeeding events have built so immovable a dislike; and I had not known you a month before I felt that you were the last man in the world whom I could ever be prevailed on to marry.”

“I have faults enough, but they are not, I hope, of understanding. My temper I dare not vouch for. It is, I believe, too little yielding— certainly too little for the convenience of the world. I cannot forget the follies and vices of other so soon as I ought, nor their offenses against myself. My feelings are not puffed about with every attempt to move them. My temper would perhaps be called resentful. My good opinion once lost, is lost forever.”

“There is, I believe, in every disposition a tendency to some particular evil, a natural defect, which not even the best education can overcome.”
“And your defect is a propensity to hate everybody.”
“And yours,” he replied with a smile, “is willfully to misunderstand them.”

Suggested read: 9 Swoon-Worthy Book Boyfriends You Can Spend Your Valentine’s Day With

“I have been a selfish being all my life, in practice, though not in principle. As a child I was taught what was right, but I was not taught to correct my temper. I was given good principles, but left to follow them in pride and conceit. Unfortunately, an only son (for many years an only child), I was spoilt by my parents, who, though good themselves (my father, particularly, all that was benevolent and amiable), allowed, encouraged, almost taught me to be selfish and overbearing; to care for none beyond my own family circle; to think meanly of all the rest of the world; to wish at least to think meanly of their sense and worth compared with my own. Such I was, from eight to eight and twenty; and such I might still have been but for you, dearest, loveliest Elizabeth! What do I not owe you! You taught me a lesson, hard indeed at first, but most advantageous. By you, I was properly humbled. I came to you without a doubt of my reception. You showed me how insufficient were all my pretensions to please a woman worthy of being pleased.

“I certainly have not the talent which some people possess,” said Darcy, “of conversing easily with those I have never seen before. I cannot catch their tone of conversation, or appear interested in their concerns, as I often see done.”

“Occupied in observing Mr. Bingley’s attentions to her sister, Elizabeth was far from suspecting that she was herself becoming an object of some interest in the eyes of his friend. Mr. Darcy had at first scarcely allowed her to be pretty: he had looked at her without admiration at the ball; and when they next met, he looked at her only to criticize. But no sooner had he made it clear to himself and his friends that she had hardly a good feature in her face, then he began to find it was rendered uncommonly intelligent by the beautiful expression of her dark eyes. To this discovery succeeded some others equally mortifying. Though he had detected with a critical eye more than one failure of perfect symmetry in her form, he was forced to acknowledge her figure to be light and pleasing; and in spite of his asserting that her manners were not those of the fashionable world, he was caught by their easy playfulness. Of this she was perfectly unaware: to her he was only the man who made himself agreeable nowhere, and who had not thought her handsome enough to dance with.”

“They were within twenty yards of each other, and so abrupt was his appearance, that it was impossible to avoid his sight. Their eyes instantly met, and the cheeks of each were overspread with the deepest blush. He absolutely started, and for a moment seemed immoveable from surprise; but shortly recovering himself, advanced towards the party, and spoke to Elizabeth, if not in terms of perfect composure, at least of perfect civility.”

“They walked on, without knowing in what direction. There was too much to be thought, and felt, and said, for attention to any other objects.”

“How despicably I have acted!” she cried; “I, who have prided myself on my discernment! I, who have valued myself on my abilities! who have often disdained the generous candor of my sister, and gratified my vanity in useless or blamable mistrust! How humiliating is this discovery! Yet, how just a humiliation! Had I been in love, I could not have been more wretchedly blind. But vanity, not love, has been my folly. Pleased with the preference of one, and offended by the neglect of the other, on the very beginning of our acquaintance, I have courted prepossession and ignorance, and driven reason away, where either were concerned. Till this moment I never knew myself.”

“You are mistaken, Mr. Darcy, if you suppose that the mode of your declaration affected me in any way other than as it spared the concern which I might have felt in refusing you, had you behaved in a more gentlemanlike manner.”

“Elizabeth’s spirit’s soon rising to playfulness again, she wanted Mr. Darcy to account for his having ever fallen in love with her. ‘How could you begin?’ said she.
‘I can comprehend your going on charmingly, when you had once made a beginning; but what could set you off in the first place?’ ‘I cannot fix on the hour, or the spot, or the look, or the words, which laid the foundation. It is too long ago. I was in the middle before I knew that I had begun.”

“You either choose this method of passing the evening because you are in each other’s confidence, and have secret affairs to discuss, or because you are conscious that your figures appear to the greatest advantage in walking— if the first, I should be completely in your way, and if the second, I can admire you much better as I sit by the fire.”

That is all we have on today’s post on best quotes from Pride And Prejudice by Jane Austen. Did you like what you just read? Let us know in the comment section below. 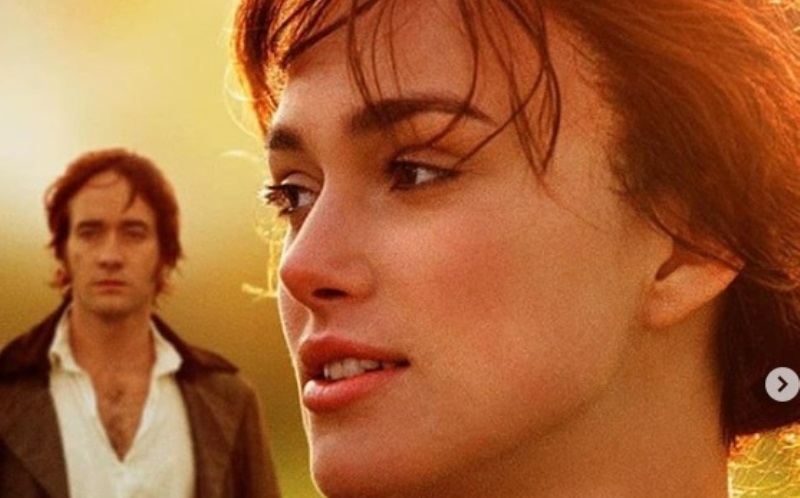