Ruby Eliot, better known by her social media handle @rubyetc, is an artist based in London. She regularly posts her artwork on various social media platforms, particularly Instagram and is possibly one of the most popular illustrators out there, and rightfully so. Ruby’s artwork, as she often describe, is a bit ‘silly’ like her. A combination of many squiggly lines and extremely witty, thought provoking remarks, Ruby’s drawings are masterpieces in their own right. She has an ability to capture the daily struggles we all face and to turn them into something we can laugh at. Her ability to put into words and images thoughts that we all have but are unable to articulate, is precisely what makes her audience coming back for more. For lack of a better way of putting it, @rubyetc just gets it, you know?

Suggested read: Idalia Candelas Artfully Reveals Why Women Who Are Single Are Not Suffering

However, apart from simply making you laugh, her comics also make you think about the things that matter. Not only is it insightful, but it also teaches you a thing or two about life and who you are. A lot of Ruby’s artwork, apart from their quick witted humor,  have to do with mental health issues, the importance of proper self care, body image issues, relationships, self awareness and most importantly- dogs.  She seems to draw a lot of inspiration for her art from her own life, having struggled with mental health issues herself; and having first hand experience with shoddy healthcare services for mental illnesses, a problem that continues to be prevalent in even the most developed of countries. This is probably why all of her art exhibits a great deal of empathy and understanding, because she herself has experienced plenty of hardships and risen through them all like a fighter.

But Ruby Eliot knows that sometimes even the bravest fighters falter, their own demons get the better of them. That doesn’t make them any less stronger or braver, though. It just means that they need to take a breather ( one that is well deserving and also necessary from time to time) for a while and get back up again, and Ruby knows that. Sometimes it’s okay to be a big silly, and do things that you normally would not, and just live.

Ruby’s artworks also provide an opportunity for many to learn and make themselves aware of the many layers of mental illnesses. Her perspective is not sugar coated yet it carries hope; and offers others a realization that they are not alone, and are more than the sum- total of their illnesses. I’ve made a little list for anyone who wants to understand her style and her perspective a little, and it includes comics ranging from those that are deeply meaningful to ones that are just downright hilarious. Read along for a laugh and some food for thought-

Society keeps constantly telling us that every minute of our lives must be spent in a productive manner, doing things that add a specific worth to our lives. Activities like playing the guitar or dancing are also forced down on children from a very young age, not as something that helps them unwind or explore their creativity but rather as a chore or a skill that adds to their worth as individuals in society. Our generation has been taught to equate hard work with overworking oneself to the point of a breakdown. And because everyone else seems to be doing it too, every second that we spend taking things easy seems like time that could have been spent doing something productive. Every time we enjoy something we’re doing, we feel guilty and begin to question it’s worth. It’s okay to unwind sometimes, to do things without feeling obligated to excel at them or too use them in a productive manner. It’s okay to be a little lazy on some days and not do anything at all. Your productivity is not a measure of who you are.

The internet is a wonderful place that has a little something for everybody. But it can also be a little overwhelming at times. It is like a vortex that is impossible to get out of. You’re either scrolling through people arguing about the the most insignificant things or watching a curated, picture perfect highlights reel of someone’s life and feeling bad about your own, or watching big cats sitting fitting themselves into tiny boxes with a kind of grace your body has never known. Either way, your brain is constantly consuming large chunks of information at a very high rate, and it is exhausting. In today’s age, going off grid for a while is the ultimate form of luxury and self care.

This one is just about embracing that silly, goofy, childish side we all have somewhere within us but have been conditioned to not pay any heed to. As adults, we’re always expected to behave in a certain way, to be mature and act responsibly, to be on top of things always and to have the ability to control every situation we’re faced with. But it’s okay to be able to let loose and be able to laugh at yourself from time to time. It helps keeps us grounded and keeps us from falling prey to life’s drudgery.

The world may not always be there to lift you up when you get down, and you might be the only helping hand you have at your disposal. There are more than a billion people out there who would be more than willing to put you down but if you believe in yourself, they won’t even come close. You’re lovely and you can do this. Ruby thinks so and so do I.

The concept of being fine might seem as plausible as a unicorn’s existence to some of us, but really, you’re going to be fine. They say that happiness is temporary and so is all the bad stuff that happens to us. When you think you’ve hit rock bottom, remember that things only get better from here on. Treat yourself to some chocolate buttons and some @rubyetc art, and all the big bad scary monsters in life will seem a lot easier to defeat.

This was posted by her on World Mental Health Day and honestly her caption with this post says it all. Our mental health is as important as our physical health; and just like our physical health, the problems with our mental health are not defining parts of who we are. We are more than the burden we carry every day. The onus is not on the person suffering to educate and enlighten others about their mental illnesses, neither are they obligated to present their illnesses in a pleasing manner so as to strike the right chord with people.

One of the effects of unnatural body standards is our strange and at times, unhealthy relationship with food. It’s not something a lot of us may realize but often our choices of food are accompanied by this sense of guilt and shame. Life’s too short to beat yourself up over a piece of cookie that you shouldn’t have had. Striking a balance between a nourishing diet and eating to your heart’s content is tough, but it should never come at the cost of your mental health and well being.

A good part of being an adult woman includes spending money on things that we either can’t afford or are too chicken to try out. I’m pretty sure all of us have struggled to find the perfect swimwear, only to realise that we probably won’t ever use it. Sure, life gets better when you allow yourself to get out of your comfort zone, but it can also be pretty amazing when you’re nice and snug within it.

There is always that one person who is forever ready to butt their heads in to provide absolutely unnecessary unsolicited advice regarding things they have no clue of. Talking sense into them or trying to make them realize their arrogance and ignorance is a process that will most definitely make you want to tear your hair out in frustration. What you can do is thank them for their wisdom and service, and go as far away from them as possible.

For every woman having a problem or inconvenience in her life, there is a mansplainer ready to discredit her experiences with his arrogance. It makes her feel insignificant, powerless and unheard. So, basically every woman out there, right? Not only is it extremely degrading, but such appropriation also takes away her voice. If you think about it, some of the most powerful leaders of the world have essentially been mansplainers who have dictated the lives of women and have destroyed through their policies any semblance of agency that women might have had.

Suggested read: 15 Illustrators On Instagram Whose Illustrations Will Make You *Feel* Things

If these are some things that you have experienced in your life or can relate to, then go over to the Instagram page of Ruby Eliot for these and so much more! 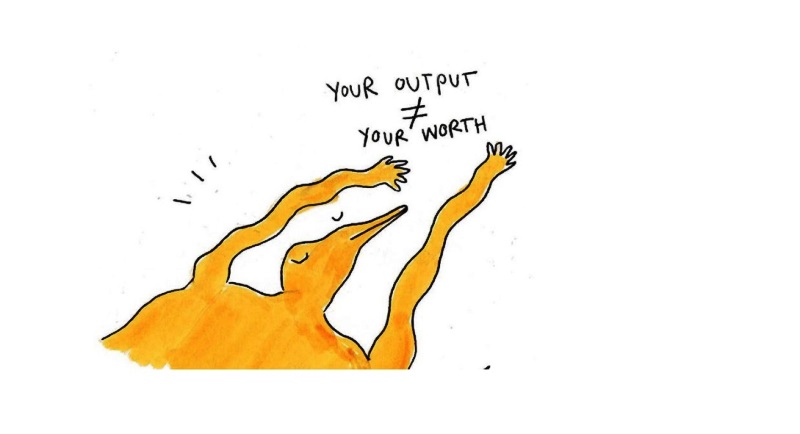 Article Name
Ruby Eliot Who Transforms Real Life Struggle Into Giggles!
Author
Sanjukta Bose
Description
Ruby Eliot has an ability to capture the daily struggles we all face and to turn them into something we can laugh at.