Does anything like the perfect girlfriend even exist? Not in the real world, right? I mean rom-coms and Disney may supply some, but nah! Well, being the perfect girlfriend is tricky because every guy has been dreaming and secretly coveting one, but again the definition of perfect varies for each! So how do I know what my guy wants from me? How to be a good girlfriend to a guy who is clueless about what he needs?

Relax, woman, we have got that sorted. Firstly, yes, perfection is a myth; it is Utopia. In every relationship, two imperfect, flawed people come together and they work together to make their love perfect. Now for the second part of your worry, there are a lot of qualities a woman can develop to become the perfect girlfriend for her guy. We give you ten!

1. Take a genuine interest in his hobbies

Next time you have a conversation with him, talk to him about his pursuits and interests. You don’t have to pretend to love them, but you can at least make an honest attempt to understand why he is so crazy about them. If there is a band that he hearts, give it a listen. If he is the kind that loves to be immature and bouncy, you have to realize that this might just be his vent to release whatever stress that he is been going through. In learning to say yes to his unique or even quirky way of being, you will also learn a great deal about yourself! The reason why these conversations are important is that you need to communicate to him indirectly that you care for him.

2. Start working as a team

In every healthy relationship, there are conflicts. Always be honest with your guy and abandon any weighty selfishness. A companionship is based on teamwork if it is a symbiotic one. I am sure a good girlfriend wouldn’t be looking for a parasitic relationship, right?! Since your guy is clueless, you need to let him know that you have his back and that you will never undermine him but cherish him in front of the world.

So how do I do this? How do I let him know that I am there for him?! It’s simple: Avoid a one track relationship where the love revolves around a single thing. Keep it adventurous. Try new things together. When you do that, you will not only have fun together but also learn and grow together! 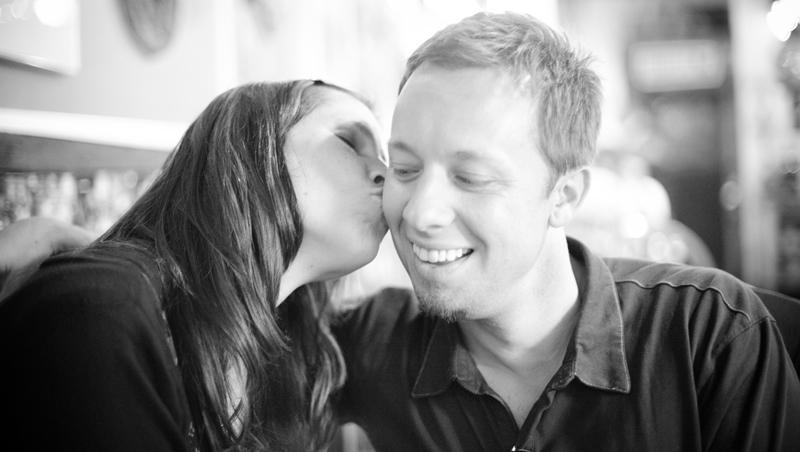 If you constantly criticize or attack him, he will certainly not look forward to spending time with you. I am not asking you to always agree with him because you love him! Tactfulness is a better strategy when you are in a relationship with a clueless guy. Establishing limits and making compromises are essential to forge a mature relationship. Although you can always bring up a sound criticism when you think that’s required, you must at least tell him 4 positive things for each negative remark! DO NOT nag him only because you are not in your spirits or things aren’t going as planned.

4. Don’t be too open in the initial days

Easing into a relationship is what your guy needs the most at this point in time. He needs to be ensured that there’s enough space between you and him, which can be used to know one another before trusting that you are ‘the perfect girlfriend’ he has always dreamt of! Premature pushiness will scare him away. Be patient with him. Realize that it requires time to nurture a firm and enduring love affair. If you want to be the best girlfriend to your guy, avoid:

5. Mug up the word compromise!

If you really want to be the perfect girlfriend, then you must learn to make compromises. Fighting and being mad the second he says no to something you want, will not work well in the long run. To be good at compromising, you and your guy have to be able to rationally discuss the situation at hand while respecting and trying to understand the other’s perspective. You have to be able to understand and embrace your boyfriend’s background and where he comes from, rather than blindly mulling over your needs. We don’t want to be like those girlfriends who have their way by crushing their boyfriends’ views and stands, do we? Because then, we wouldn’t be reading an article on how to be a good girlfriend, right? 😉

Whenever you overreact or commit a mistake, accept it and in acknowledgement of that error, apologize. If you are feeling blue, don’t hide it from him. Sort through your emotions and talk to him about it. Yes, in a non-accusing manner! The most important part of this quality is that you will be as open as possible regarding your thoughts and feelings. At times, he might say things that bother and worry you. Don’t keep them to yourself. Be candid about how it is impacting you and how it can be sorted. In doing so, you aren’t asking him to change but only discussing something that you think you can understand better. Once you establish solid lines of communication, it is easier for you to know whether this bond will sustain or fizzle out!

Don’t hold back on your opinions and desires, even though they may be different from his. Like your need to know about his hobbies and interests, equally, he has to be aware of yours. Besides, showing him that you are your own person, having your own approach to life, will keep him attracted. If you can speak your mind with him, sooner or later, he will communicate freely too. Just keep one small thing in mind: don’t attack his opinion or lifestyle while you voice yours. You can be both modest and outspoken at the same time. Use assertiveness strategies and stay considerate of his emotions too.

If you do want to be the perfect girlfriend, please don’t present a fake version of yourself just to impress him. This is very tempting, especially if you imagine that he prefers a different ‘type’ of girl, but more than often, this is only clubbing together snippets of things he said or you thought he suggested, and you are more than likely to be wrong. At the end of the day, he wants to date you and not an imagined form of perfection! And if he actually thinks that you are not the kind he is looking for, sooner than later, your mask will peel off and that will be ugly.

If your boyfriend actually tries to change you and has suggested so in a badgering and persistent manner, then it is, most clearly, not love but an attempt to take control of you. Like we told you earlier, ask him about his interests and make a genuine effort to understand his passions, but please don’t pretend that you love what he loves. It will be bitterly hurtful for him to find out later on that he was grounding his views about your role in his tomorrow on something that’s untrue. 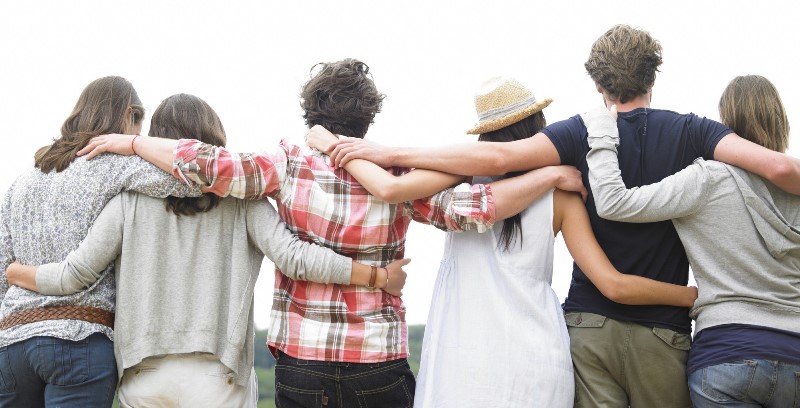 How to be a good girlfriend? Be there for him in spirit, but not always in person, breathing down his neck. You have to make time for your own things, to chill out with your own mates, and in doing so, let him have some ‘me time’ too. He must be aware that you are missing him and rooting for him even though physically you may not be with him. If you start feeling insecure and doubtful about the strength of your bond the second you are not with him, then we have a serious problem.

If he wants to go on a night out with his pals, support the idea. I am sure you hate even the thought of being called the girlfriend who whips her guy to bring her everywhere!

If you think that you are ‘authorized’ to every second of his time and also attention, you have to learn how to become less obsessive. Stop being overly protective towards him. Let him go out without the feeling of being watched.

Suggested read: 12 questions you should NEVER ask your girlfriend, unless you want to get hurt!

Last but the most significant answer to how to be a good girlfriend, is to be affectionate! There are different ways in which this can be done. Some are obvious while others aren’t. Affection must not be mistaken with intimacy. Affection is more about care and can be publicly or even privately displayed.

Most men love it when their girl gives them some kind of a pet name. “Babe,” “sweetheart,” you know the drill. However, don’t overdo them! “Mr. Cuddly bear” is a major turn-off! You need to communicate it to him that you love and like him immensely. Regular messages and long emails are a plus, but if you overdo that it can become overwhelmingly clingy! Care but don’t scare! 😉

I am sure now that you have run through the entire list, you are aware of the fact that it is not about striving to be the perfect girlfriend but being compatible with your guy. And that can only happen when you both communicate deeper.

Do let us know if you have any queries regarding your love life or need some relationship advice. Our experts will whip up the right potion for you in no time! Subscribe to our newsletter. Now!