A recent study claiming that women are happier with partners who are less attractive than them has taken the internet by storm. Have the most pressing problems of the internet finally been solved? Have people finally managed to figure out why skinny, white models are seen on tropical holidays with old men with potbellies? People have been plagued by the question, What makes women happy, and it seems like they have finally found the answer: ugly partners. 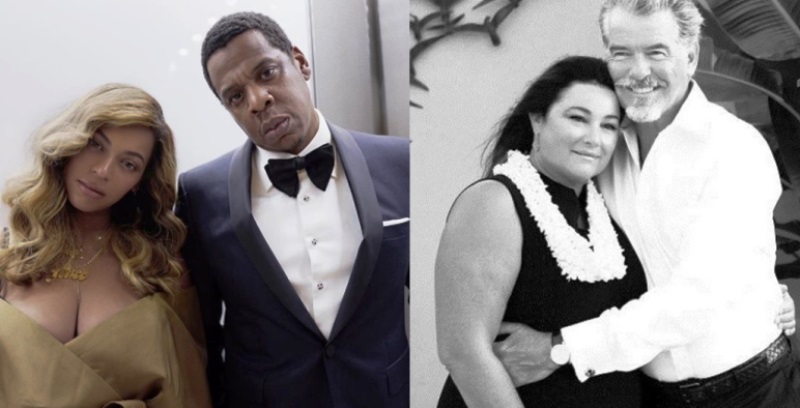 Suggested read: Wait Till The Fifth Date Before Sleeping Together, Suggests New Study

A study conducted by a group of students from a Florida State University evaluated 113 married couples, to find out dietary motivations in couples in their late 20s. Dieting has always been associated with “looking good,” which is probably why people came to a very different kind of conclusion from this study, which was simply conducted to check what motivated people to start dieting and look healthy in the first place. The conclusion stated that:

“…having a physically attractive husband may have negative consequences for wives, especially if those wives are not particularly attractive… the research suggests there might be social factors playing a role in women’s disordered eating.”

Just take a step back and think about that for a minute. Women who have ugly (???????) partners are happier? The reasoning for this kind of a conclusion on what makes women happy is even more hilarious. According to this team of researchers, women who have a less attractive husband (where the woman acts as the standard of good looks) are less afraid of their husbands cheating on them. However, men don’t seem to have this problem, because they seem to be happier when they find a partner who is more good-looking than them.

Here is what is going on in our heads right now: There is a rowdy bar with a bunch of men, riddled with testosterone, rating other women at the bar, winking at each other when they get to talk to an “attractive” woman, trying to sleep with her, and women being called gold-diggers and other wonderful terms. You know what kind of a situational image that is? A REGRESSIVE ONE.

This study has effectively undone thousands of years of integrity and respect which was associated with an institution like marriage. What happened to the good old days when people loved each other and found happiness with each other because they liked each other and not their faces?

What is most disturbing about a study like this is that they brought in “experts” from other universities to rate the attractiveness of the people who were involved in this study. Only, determining how “attractive” a person is, is a very biased and subjective judgment, which is more often than not based upon the ridiculous standards of beauty that the media portrays.

For most people, the idea of beauty is a size zero figure with white skin, blonde hair, large eyes, a big bust, and all other sorts of ideals that almost everyone is tired of. To think that if your husband is more good-looking than you are, implies that he will cheat on you is an absurdity in itself. It disqualifies the whole notion of morals, values, and emotions, and suggests that people love with their bodies, and think with their eyes.

The whole idea that you might like someone you share common interests with, or someone who makes you feel comfortable and at home, is undone in a situation like this, which insists that women only feel happiness with their partners, when their partners don’t subscribe to the popular standards of beauty.

Essentially, all the complicated emotions that people tend to feel when they are in a relationship, from love, trust, hope, happiness to jealousy, possessiveness, loneliness, etc., all boil down to whether you are hot or not.

The thing is, the world has been fighting for a change in this regard. Several people are determined to reinstate the fact that physical beauty isn’t everything, and that in this lawless world, there is still place for love and virtuosity, above and beyond the way a person looks from the outside.

The fact that the idea of what makes women happy has been constricted by the attractiveness of their partners is also a feminist issue, because it lends a sense of dependency to even their happiness. It implies that if your husband is hot, then he will cheat on you, because you aren’t attractive enough to keep him hooked. That ladies, is regressive as hell, because it determines your worth according to your physical appearance, and that of your husband’s.

Let us have a look at the other aspect of the conclusion that the experts drew from this study:  Women with attractive husbands are more likely to develop eating disorders. Let us assume this is true in some cases. Do you understand how it points out at the mental health of some women? Do you realize how pressurized some women feel and how they are driven to adopt weird and often dangerous crash diets to ensure their husbands don’t leave them? Also, the study suggests that men who think they have a wife more attractive than them, don’t feel any need to adhere to such dietary practices. So, is the insecurity of some women a making of their own? Let us delve a little deeper into the psyche of such women who seem to have been studied in this experiment.

This fear of being cheated on, many would say, is irrational. If you think your husband will leave you just because you have gained a few pounds, and if that is true, you shouldn’t be with such a partner in the first place, don’t you think? But the larger question I want to address here is why some women underestimate their attractiveness, and does that have to do with their self-confidence.

Some women underestimating their attractiveness can be because of two reasons,

One, some women care a lot about how they look.

Two, a woman’s looks are more consequential for a variety of reasons.

According to a survey conducted in 2011, though men earlier had self-esteem higher than women, there is enough evidence to suggest that the gap has narrowed or vanished, which in turn, prompts in the direction of saying that women’s insecurities about their appearance has nothing to do with their lack of self-esteem.

Then why do women not feel good about how they look? This could be because of what is now popularly called, “Body Image”. Linda Jackson says,

“Although females are more dissatisfied with almost all aspects of their bodies than are males, most of their dissatisfaction centers around weight issues, namely, around being too fat.”

The concern around being obese, experts say, is unlikely to go away. Being overweight is not only a bigger problem in itself for health issues, but the fact that being “slender” is a standard women aspire to, not only for their relationships, but also for their careers, as they think it projects their professional competence, is particularly worrying. According to reports, companies that place a premium on hiring very attractive people had on average higher revenues than similar companies which did not.

So suggesting that all this is in women’s heads alone, and that nobody cares if they are fat or thin, is absolutely false. The appearance of women is central to how people evaluate them. Though so much is written about how “lookism” is a form of discrimination that needs to go away, the judgmental attitude based on looks, hasn’t gone away at all.

The beauty industry with its false claims of reversing aging, thrives on this lookism. Some women fear looking old, and thus being replaced by their husbands for someone younger, which propels them to do whatever they can to look more “desirable,” which is defined by the society as “younger and slimmer”.

But do you ever hear a man say, “I wish my girlfriend/wife spent more time and money on looking prettier”. No, but this doesn’t mean men don’t care about how their women look; it reflects a deeper problem. Men, because of the way popular media defines beauty, think women are naturally as beautiful as they are shown on TV. They think a woman “wakes up like that”. They think that women have beautiful hair, luxurious eyelashes, and silky skin, without working for it!

So what I take from this study is that women think their “appearance” is the reason why their husbands cheat on them, and even if I consider this to be true for a minute, I think it reflects poorly both on men and women, but more on how society has come to define beauty and its association with the success of a marriage. This is very disturbing.

Article Name
'Less Attractive Husbands' Is What Makes Women Happy: Here's Everything Disturbing About This Study
Author
Team NLT
Description
What makes women happy? According to a study, the answer is "ugly partners". Here's everything that's wrong with this study.