In the age of smartphones, smart cards, and smart cities, why not smart periods too? A Kickstarter appeal started in the US hopes to make smart periods a reality with the world’s first smart menstruation cup, the Looncup.

Granted that menstruation cups already exist in different sizes as a cheaper and environmentally-friendly alternative to the existing tampons and sanitary napkins. However, the Looncup will be the first one that will measure, analyze, and track your flow. 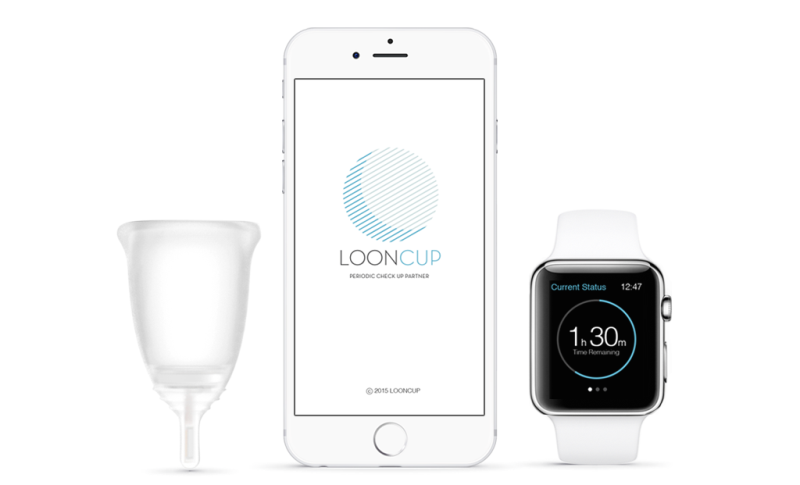 Any woman can attest to the fact that periods are stressful for women, what with dealing with cramps and aches and bloating, not to mention worrying about spillages and when to change again. But, with the new smart menstruation cup, Looncup, placed in your vagina during your cycle, you don’t have to worry about any of the above mentioned problems. Looncup will tell you exactly when to change your cup once it’s full.

With smart technology, of course! A sensor is securely embedded in the menstruation cup which sends text messages via Bluetooth straight to your smartphone or Apple Watch. Based on these notifications you can refresh the cup before heading into a business meeting or if you’re going out with friends. Not limited to just the notifications, Looncup also analyzes your fluid and flow, while making day to day changes, and it even signals when it might be time to see the doctor.

Suggested read: 10 surprising truths about menstruation you should definitely know

Apart from these nifty features, the smart menstruation cup also acts like a personal period diary that will take notes, meaning it also gives you a nudge before your next period is due. That means, in essence, you’ll never be caught off guard if your period hits you unexpectedly.

While these are some really innovative and smart features, there are two – shall we say, drawbacks – that make these smart menstruation cups a chore to use:

1. The smart menstruation cup comes in just one size – at least as of now – which will be sold in the US for $30 per cup

2. The batteries of the menstruation cup are non-rechargeable, which means you would need to replace your cup every six months or so.

Whatever be the drawbacks, this smart menstruation cup sure does sound perfect, no? Would you use the Looncup if it was made available to you? Tell us in the comments below.

Article Name
Looncup, The Smart Menstruation Cup, Makes Smart Period A Reality!
Author
Chaitra Ramalingegowda
Description
When there can be smartphones and smart cities, why not smart periods too? That's what Looncup, the smart menstruation cup hopes to achieve.