Don’t like to wear tampons during your period? Sanitary pads make you feel like you’re wearing another version of adult diaper? Wishing for a pair of undies that magically absorb the flow, leaving you the freedom to do whatever you want – even if it’s that time of the month?

Seems like three women from New York, Miki Agrawal, her twin Radha, and their friend Antonia Dunbar, decided to do something about this third option, and have come up with a new type of absorbent of panties, that will take care of you and thinks about you, ‘every day of the month and every month of the year.’ 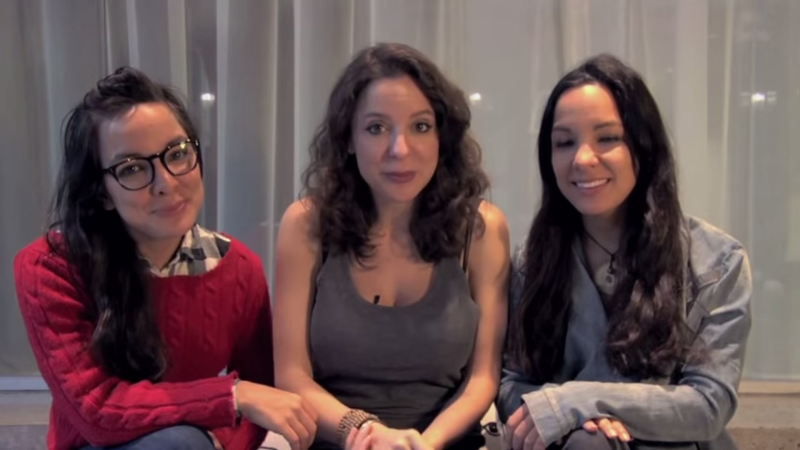 Miki Agrawal, Antonia Dunbar, and Radha Agrawal, the geniuses behind the period-proof panties

Behold, Thinx underwear! These magic period proof panties not only are absorbent, but look like normal sexy underwear, you could wear with any glamorous dress you may have. Right now, these Thinx panties come in three styles: thong, for light flow days; cheeky, for medium flow days; and hip hugger, for heavy flow days.

Not only are these wondrous creations absorbent, they are leak-proof when used correctly, of course, which the three ladies have achieved through their patented technology. Check out this schematic that explains how the underwear works:

These underwear have four ultra-thin micro-layers, that work together to leave you feeling as if you’re having a normal day, rather than make you constantly aware that you’re on your period. The panties also boast of anti-microbial properties which fight bacteria ‘with an invisible silver treatment.’ 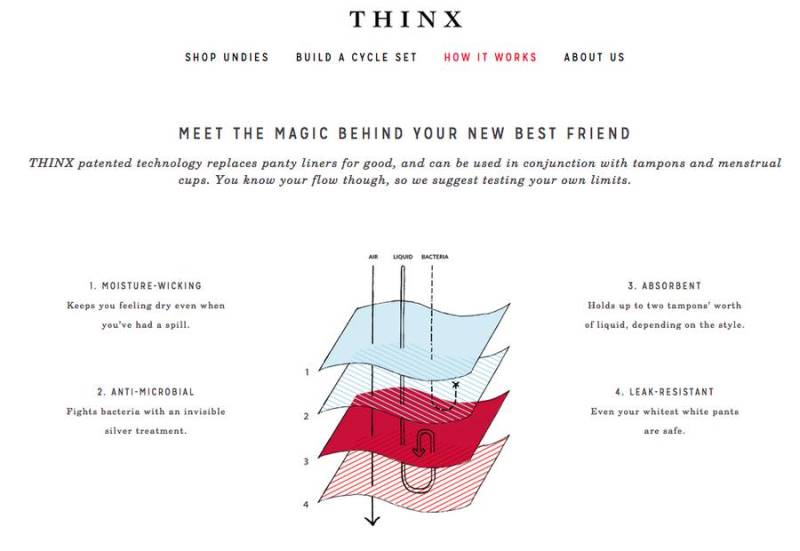 Thinx schematic showing the four layers of the leak-proof panties

Since these period proof panties are moisture-wicking, it keeps your butt feeling dry, without any problems or fear of spills. The material and the technology used is so absorbent, that it boasts to hold up to two tampons’ worth of liquid – that’s about five teaspoons! Cool, isn’t it?

On their website, Thinx lists this as their mission: ‘By reimagining feminine hygiene products to provide support, comfort, confidence, and peace of mind, we aim to eliminate shame, empowering women and girls around the world.’

“I want to change the culture around women’s most normal time of month – and not while wearing grandma panties or pads that feel like a diaper.” 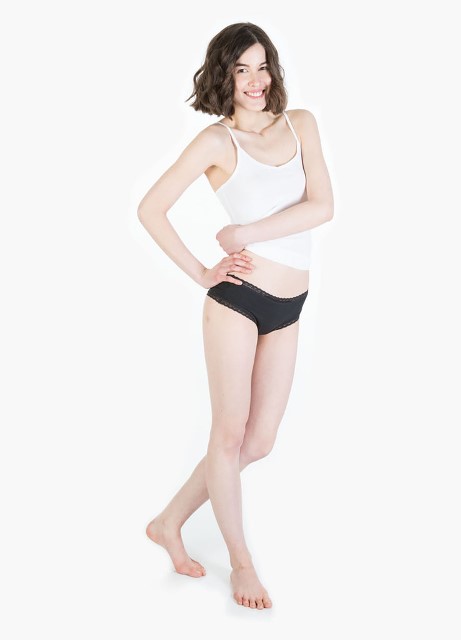 Prices range between $24 and $34, which you have to agree, is a bit expensive. Since they are washable and reusable, you just chuck them in your washer in the cold cycle after you’re done with them. If you’re still dithering on the merits of investing that much money in a pair of undies, think about all the money you’ll be saving by not buying tampons or sanitary pads. Seems like a lot of money, doesn’t it.

If you’re still skeptical of opening up your purse for these magic period proof panties, there’s another reason that might help you push your skepticism away: Thinx, by teaming up with Ugandan nonprofit AFRIpads, are donating money to the charity, every time a pair of Thinx panties are sold. A percentage of money from every purchase goes to AFRIpads, that helps in creating seven reusable sanitary pads, each time allowing one girl to attend school while on her period.

Check out the Thinx story in this video:

According to some estimates, almost 800 million women menstruate every day. That’s an astounding number, don’t you think? And yet, it’s still considered a taboo to even talk about it in polite conversation, let alone address the inherent pains and cramps and the messiness that accompanies this natural bodily process. Not to mention that most girls and women in many parts of the world, don’t even have access to basic hygiene products. This not only makes these girls miss almost a week’s worth of school each month, they fall behind in their studies, which eventually leads them to drop out altogether, when they should be in school, learning new things.

We hope these revolutionary panties make tampons and sanitary pads redundant altogether! We just hope that that future is not too far off!

Bravo, ladies! We wish you all the success in your endeavor! 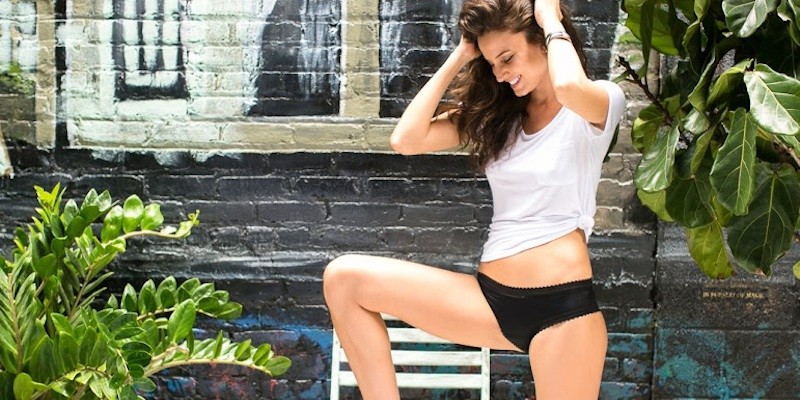