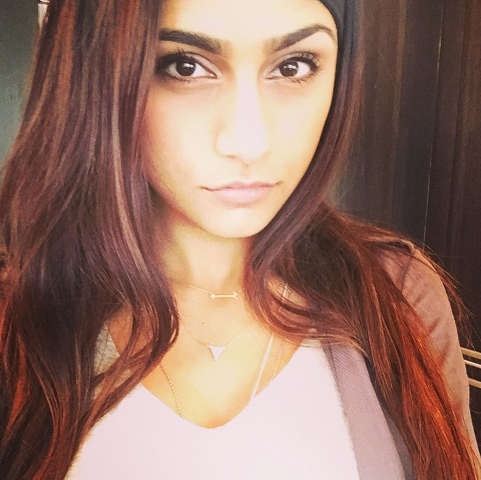 Even more interesting is the international conversation her ‘controversial’ video has sparked. The discussion vacillates from her being a disgrace to her native country to her being a free individual with a right to exercise her volition in anything that pertains to her life and everything in between. Not only has the backlash from her own country been severe but she has also received death threats for shaming Islam. A doctored image of her head superimposed upon a hostage being threatened by Islamic State Extremists is doing the rounds too! 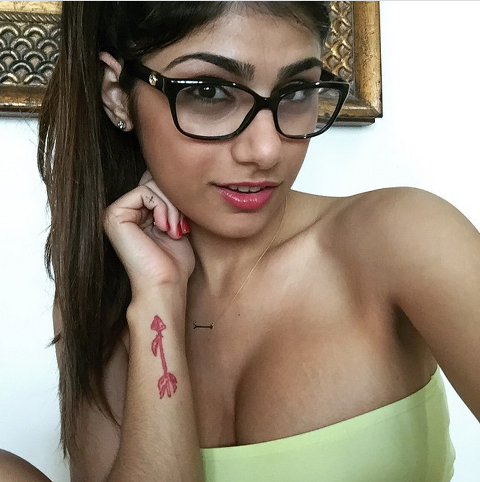 Who is Mia Khalifa?

Mia Khalifa is a 21-year-old Lebanese-American, who moved to the US from Beirut with her parents when she was 10 years old. She has a bachelors degree in history from the University of Texas at El Paso, and entered the adult film industry this past October. Apparently, she was approached by a customer who asked her if she ever wanted to be in pornography. 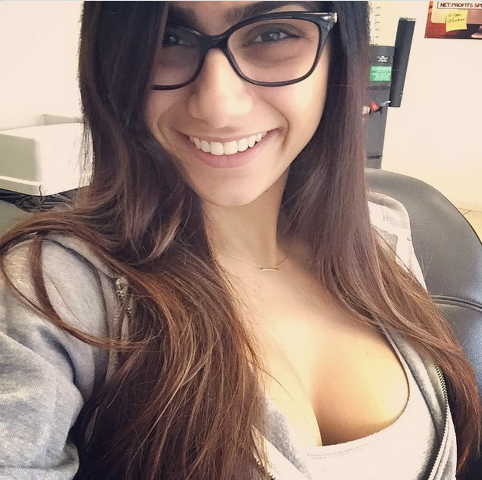 What is all the fuss about?

We’ve hardly seen any tabloid covering the issue without referring to Mia’s Lebanese heritage. Given that the political implications of releasing a video showing a Lebanese-born woman performing sexual acts with the hijab on would have been blatant to the production house as well as to the woman who originally hails from the region, the video was released without as much as a second thought and achieved its purposive result. Not only did it spread like wildfire, but brought Mia Khalifa and Pornhub to the centre of the world stage. There isn’t anything surprising about the outrage that has come Mia’s way from fellow Lebanese and other angry Arabs and Muslims. The cultural taboo surrounding female sexuality and its expression isn’t quite news in a rigid patriarchal ethos such as that of the Middle East.

What exactly is happening in the video? 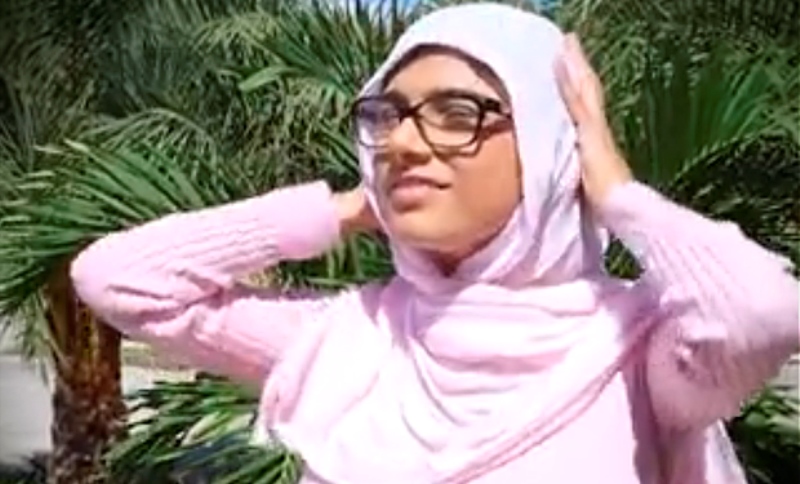 Mia Khalifa wearing the hijab in the controversial video

The moral indignation […] is wrong for two reasons. First and foremost, as a woman, she is free to do as she pleases with her body. As a sentient human being with agency, who lives halfway across the world, she is in charge of her own life and owes absolutely nothing to the country where she happened to be born.

the paradoxical nature of choosing to exercise one’s volition to portray something that effectively deflates the very essence of ‘agency’ of the free individual is baffling. Mia’s own defense of the video where she states that

The scenes containing a hijabi are satirical. There are Hollywood movies that depict Muslims in a much worse manner than any scene [the company who made the video] could produce.

doesn’t help to elevate the other side of the argument either. Of course, we agree that one does not have a choice in deciding to be born somewhere and as such, Mia’s statement about any ‘disgrace’ that she might have brought upon her parents or country seems to be legit. But given that the politico-religious explosive quotient of such an act was blatant before, during, and after the shoot, we cannot help but wonder about it being a definite stroke of brilliantly-calculated buzz-blast.

An homage to Mia Khalifa 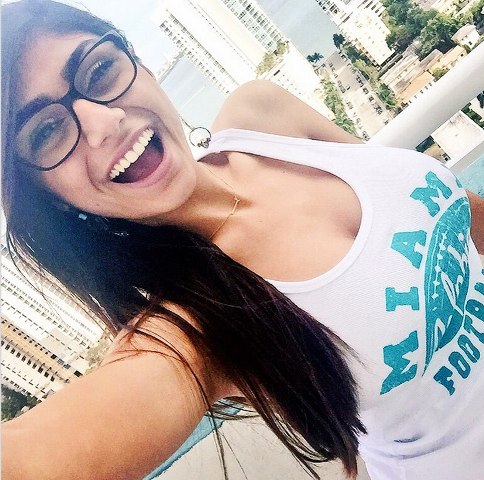 Ergo, there remains little doubt about the calculation that went behind this surefire popularity-semtex-grenade that was dropped over the Internet to have it writhe under its effects for a long time and yet, at the same time one cannot help but sigh at the unnecessary initiation of barb-flux that carry deep cultural and racial subtexts. Attacks on a woman who comes out in the open and owns her sexuality are still inevitable in our society but coalescing the realms of politics and religion with the ethico-moral implications of a discussion about female sexuality was rather uncalled for.

Do you think this was all a cleverly engineered marketing ploy after looking at the facts above? Tell us!

Author
Sejal Parikh
Description
Mia Khalifa burst onto the media with her controversial hijab video. But was it just an attention-grabbing stunt or an expression of freedom?