The anchor we speak of is none other than The Hot Seat veteran anchor- Bhupendra Chaubey who interviewed Leone at Mehboob Studio in Mumbai a couple of days prior to her first release for the year- Mastizaade. Sadly, the entire interview focused on everything but her upcoming film or her Bollywood career and accomplishments. Fixated and almost ‘troubled’ by her past, Chaubey kept shooting a volley of offensive questions for the actress to answer. Almost determined to get her to admit that she MUST inevitably regret her career choice or view herself not as an actor but just another scantily clad ‘item girl’ who makes ‘Indian housewives view her as a threat,’ Chaubey left no stone unturned in being outright condescending and disdainful of her past. If that weren’t enough, he kept interrupting the actress’ answers to shoot yet another question that’d elicit a response he believed he’d have liked to hear! 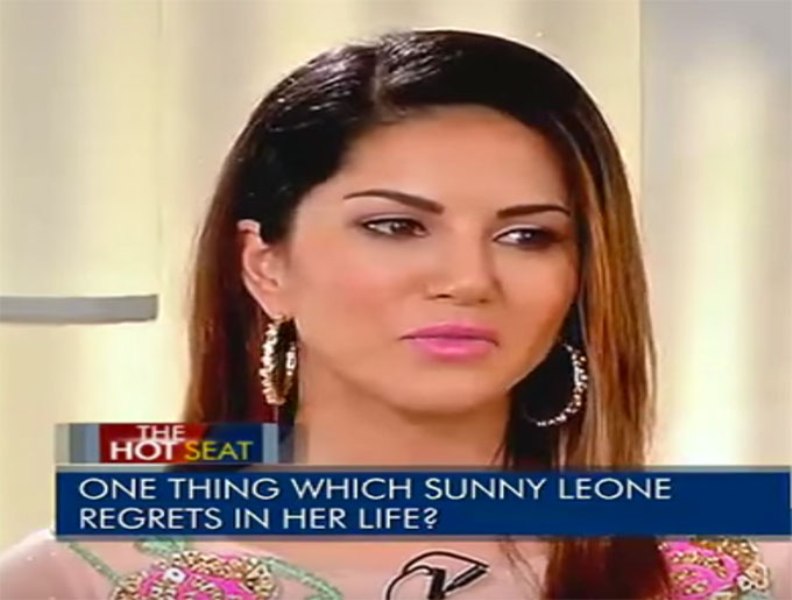 Sunny Leone, however, kept her poise and tackled all the distasteful questions with the dignity of a queen and even chipped in a witty rejoinder about how ‘reactions’ to her are simply tokens of her being powerful. To Chaubey’s obnoxious question about how Atul Anjan points out to the moral malaise Leone has brought in, corrupting the morality of Indian society and misdirecting youth, the ever-brave Sunny Leone replies,

“You’re thinking about me all day, enough to put me in your speeches. I’m waiting for the day when Obama makes a speech about me.”

Chaubey’s panicky ‘not at all’ reaction notwithstanding, I believe this one judgmental AF interview has wiped out my belief in Indian media forever! And as for Sunny Leone, even #MoreRespect

Message to all the Chaubeys out there- grow up!