10 Most Interesting Wedding Traditions From Around The World

If you’ve ever been to a wedding (and it’s unlikely you haven’t), you know that there is a certain sequence to the way things proceed, with many traditions thrown in. Some of these may have felt strange and left you wondering what they represented. As you look at weddings across the world, you’ll find many interesting wedding traditions you didn’t know of before!

Most weddings follow a similar pattern. There’s usually an engagement ceremony where the couple’s betrothal is announced to the world. The eve of the wedding is usually a time for the family to let their hair down and have some fun. The wedding day involves both sides of the family, a priest or authoritative figure for the actual ceremony, and some symbolic representation of the couple getting hitched – an exchange of rings or garlands or maybe a kiss. Oh, before we forget – no wedding is complete without the grand wedding feast!!

Suggested read: 15 bizarre wedding rituals from around the world 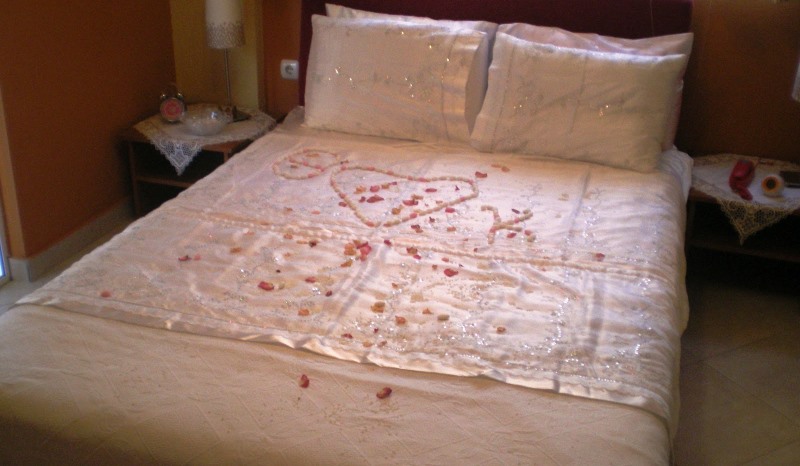 This is a wedding tradition that is carried out a few days before the actual ceremony. The bride and her female relatives make the marital bed, which isn’t just throwing on a sheet or bed covers! Money and rice are scattered on the bed, to bless the new couple with prosperity throughout their married life. Then a baby is rolled across the bed, to bless the couple with offspring. The superstition is that the couple’s first child will be of the same gender as the baby being rolled on the bed! In some families, the groom has to give his approval on the bed – wonder what his parameters are for judging!! This tradition seems like a great way for the bride to bond with her girls before the wedding, and have some fun too! 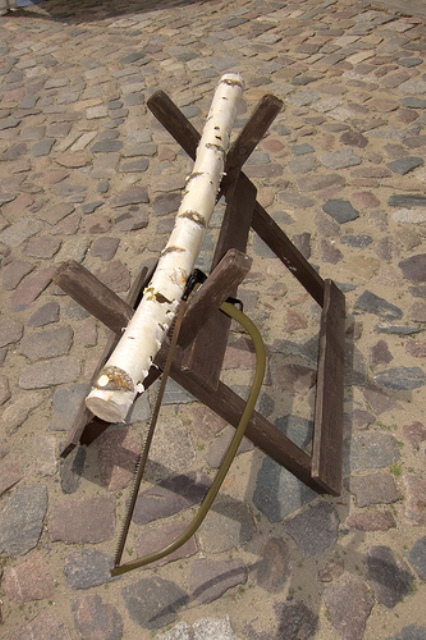 German weddings may look similar to American weddings, with the same white dress and veil. But what the newly married couple does after exiting the church is something unique to the Germans! The new couple finds a log waiting for them, supported on a log horse. They are made to stand on either side of the log horse and are given a long, double-handled saw. They are now expected to work together sawing to and fro till the log is halved! This tradition is meant to be the married couple’s first test in overcoming an obstacle by working in sync with each other. The sight of a tuxedo-clad groom and a bride in a white gown sawing, is something for the wedding album!!

3. Ducks for the mother-in-law (Korea) 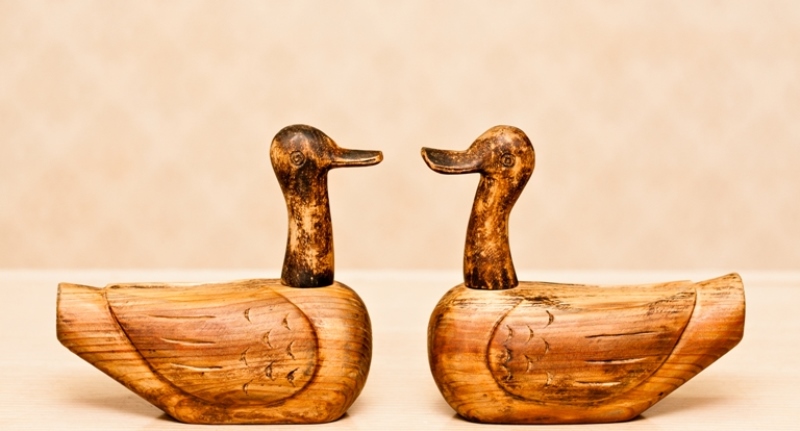 Most young men know how hard it is to impress their future wife’s family, but in Korea, you can do it with ducks! A Korean wedding tradition is where the groom gifts his mother-in-law a pair of wooden ducks. Earlier, live ducks or geese were gifted, which made way for wooden carvings in the modern ages. Ducks and geese are monogamous birds and a gift of ducks is the groom’s way of promising his in-laws that he will be loyal to his new wife. Traditionally, an honorable man is chosen to carve these special ducks and he is expected to be financially secure, happily married, healthy, and a father of sons, since these qualities will be imbibed by the ducks which in turn will transfer to the new couple. Of course, this is a tall order, and these days, factory made ducks are used and the couple builds their own fortune! 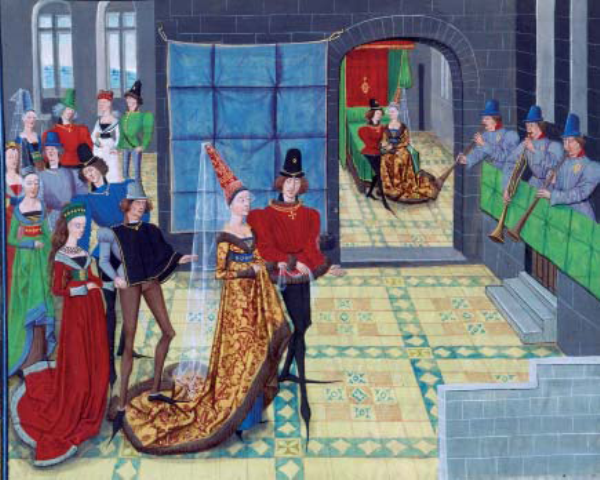 French weddings are usually stylish affairs, and we’re not talking only about the dress! Even the wedding cake is an elaborate affair, and is made up of several cream-filled puff pastries piled high into a pyramid structure called a croquembouche. But the real fun begins after all the food has been eaten and the new couple has retired to their home. Wedding protocol requires that the friends of the couple gather together a load of pots and pans and start banging and banging till the noise is too much and the couple is forced to come outside! This is then followed by a round of drinks and refreshments after which the guests retreat to finally leave the couple to get some much needed alone time! Now that’s how fun weddings are!! 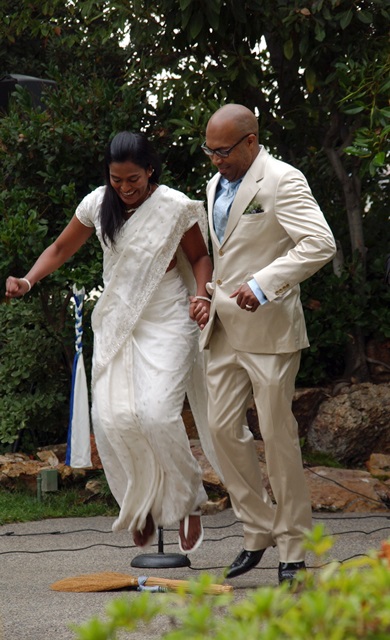 Jumping the broom is an age-old African tradition that doesn’t involve much other than the bride and groom holding hands and jumping over a broom placed horizontally in front of them. Apparently, the broom was an important symbol of homeliness and cleanliness in Africa, and sweeping the floors symbolized sweeping away evil spirits and past wrongs. In weddings, jumping over the broom symbolizes the couple’s entry into a new life and according to some sources, the wife’s commitment to a clean house! It is also believed that whoever jumps the highest will end up being the main decision-maker of the household.

Suggested read: 10 bizarre New Year traditions from across the world 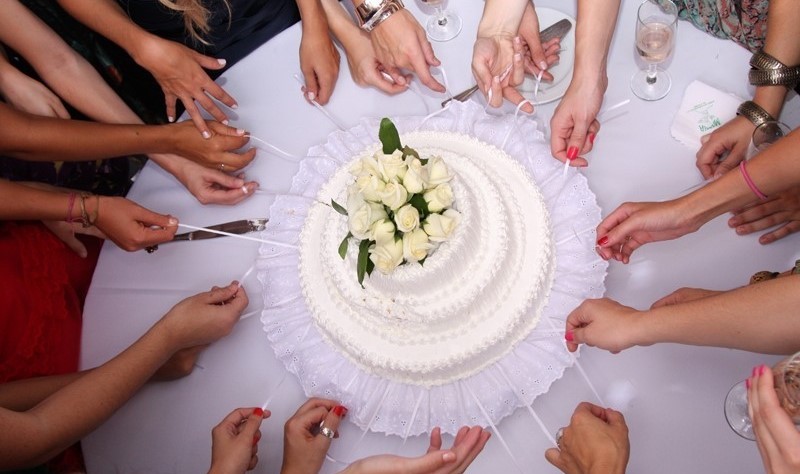 ‘Cintas de torta’ literally translates into ‘cake ribbons.’ Multiple ribbons are placed between the layers of the wedding cake, with the ends hanging loose outside. One of the ribbons is attached to a ring, which is obviously, hidden under the cake. After the ceremony and before cutting, the bride’s single friends each hold a ribbon and pull at it; the one who finds the ring is believed to be the next in line to get married! Sometimes, the other ribbons are attached to small charms or gifts, so that no one who pulls is disappointed, although one has to wonder if a girl would prefer a husband or jewelry!!! 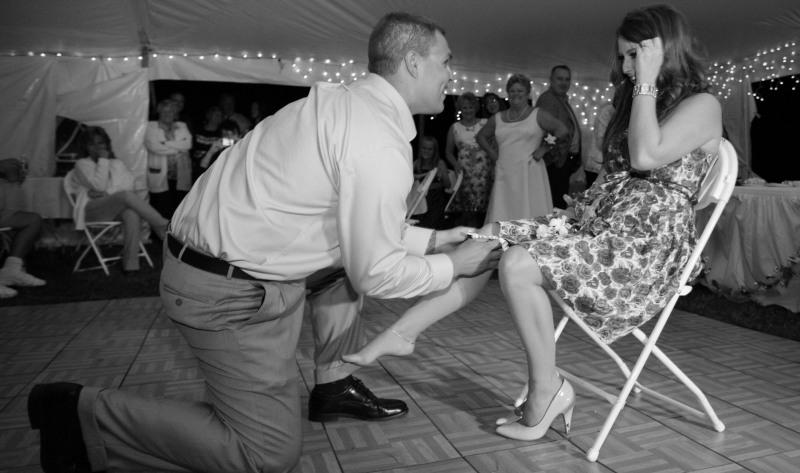 You’ve probably seen several versions of this tradition in movie weddings! After the bride tosses her bouquet to her single friends, she sits on a chair, and her husband takes off the garter from her right leg, using his hands or … ahem … his teeth. He then tosses this to his single male friends. The man who catches it is expected to put it on the right leg of the woman who caught the bride’s bouquet. A lot of touching is involved here, and it usually results in lots of hoots and cheers! The origin is supposed to be when it was considered lucky to have a piece of the bride’s clothing and this was a way to stop people from ruining the bride’s dress. Now we wouldn’t want that, would we!! This tradition is derived from an old English rhyme that goes,

‘Something Old, Something New,

A Sixpence in your Shoe.’

These verses represent the various objects a bride carries with her on her wedding day. Something old is to show her connection to her roots, something new is a representation of her new life, something borrowed is to indicate borrowed happiness, something blue is symbolic of love and fidelity, while the sixpence is a sign of prosperity. An object to represent each of these is given to the bride by her friends and sisters. The wedding dress is generally the ‘new’ part, and the rest is a great way to get gifts! 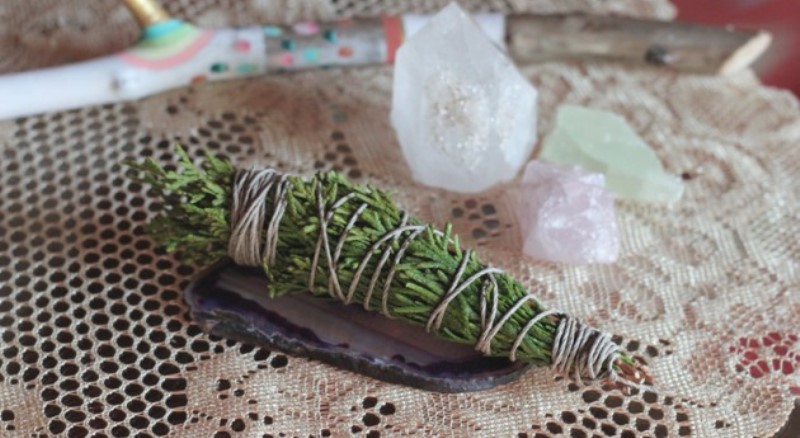 Before you ask – no, this has nothing to do with the tobacco variety at all! The smoking we are talking about is a wedding tradition in Australia, especially among the Aboriginals. As is obvious, a fire is started by burning together some native plants of the region or by using a smudge stick, which is nothing but a bundle of dried herbs tied together. The smoke from this fire is believed to have cleansing powers to chase away evil spirits and it also represents the burning away of the couple’s past troubles so that they can step into a fresh new life. These days, the fire is generated in a heat resistant bowl and the smoke is fanned all over the wedding arena and over the couple to bless them. It’s generally considered a very therapeutic ritual and the smudge sticks give off a wonderful, natural aroma when burnt.

Suggested read: 10 weird Christmas traditions from around the world 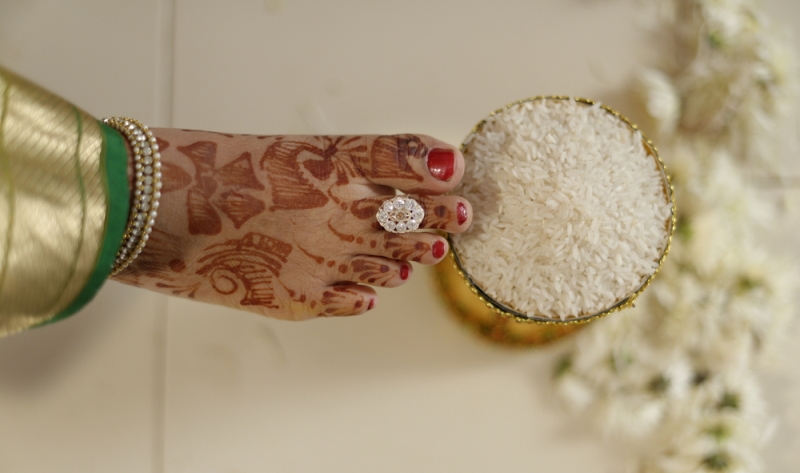 Indian weddings are grand affairs that are full of various traditions. Many traditions have religious roots, while some are cultural or relevant to a particular region. One tradition in most Hindu weddings in North as well as South India is the toppling of a copper pot filled with rice, also called a ‘Kalash.’ On entry into her marital home, the bride is expected to topple over the Kalash with her foot, so that the rice in it spills over on the floor. This is an indication of the prosperity and wealth that she brings into the family. It’s a tradition with positive connotations as the ceremony makes the bride feel more welcome, and officiates the bride as a member of the family.

Weddings are fun, but they become more meaningful when we take the time to understand the origins behind the various wedding traditions. So the next time you’re at a wedding and you observe one of these interesting wedding traditions, you’ll not find them so strange anymore!!!

Article Name
10 Most Interesting Wedding Traditions
Author
Kate Collins
Description
Wedding traditions around the world are a source of information on their culture. Here are some of the most interesting traditions.

Kate Collins is a free spirited being, who thinks everyone should follow the philosophy if 'live and let live'. When she's not thinking too hard about the world and its secrets, she blogs a little and writes on love and relationships. She also loves green tea and chocolate, not necessarily in that order!