Do you think people who swear and drop f-bombs indiscriminately to be using them as a crutch? Apparently not, according to a study published in the Language Sciences Journal, which found that foul-mouthed people in fact have a greater vocabulary than those who abstain from swearing.

The study set out to test a theory called ‘poverty of vocabulary,’ which holds that people who swear do so because they are incapable of grasping sophisticated words. The simple study involved a number of subjects – 43 college students aged 18 to 22 – who were asked to drop as many random swear words as they possibly could in one minute. Later, they were asked to name groups of animals, plants and so on in the same duration. The researchers found that those who swore the most profusely were also the ones who were able to name as many animals and plants and what not, thereby concluding that they were more articulate than those who swear less.

Psychologists Kristin and Timothy Jay said that this simple study proves that those who swear have a wider vocabulary. They said,

“We cannot help but judge others on the basis of their speech. Unfortunately, when it comes to taboo language, it is a common assumption that people who swear frequently are lazy, do not have an adequate vocabulary, lack education, or simply cannot control themselves. The overall finding of this set of studies, that taboo fluency is positively correlated with other measures of verbal fluency, undermines the [normal] view of swearing.”

Suggested read: Being friends with an ex makes you a psychopath… maybe!

In plain words, people don’t swear because they don’t know enough words to express themselves, but do so because that’s how they want to express themselves. However, this isn’t a good thing necessarily, because some of the most commonly used swear words in the study have connotations that are degrading to women.

Surprisingly, both men and women came up with colorful swear words almost at par with each other.

“Years ago, you think you would’ve seen more men swearing in public than women. But among the students we tested, women showed no difference.”

This is good news for those who drop f-bombs and other curse words like it’s pennies! Congratulations, you have a wider vocabulary than people like me who abstain from swearing. 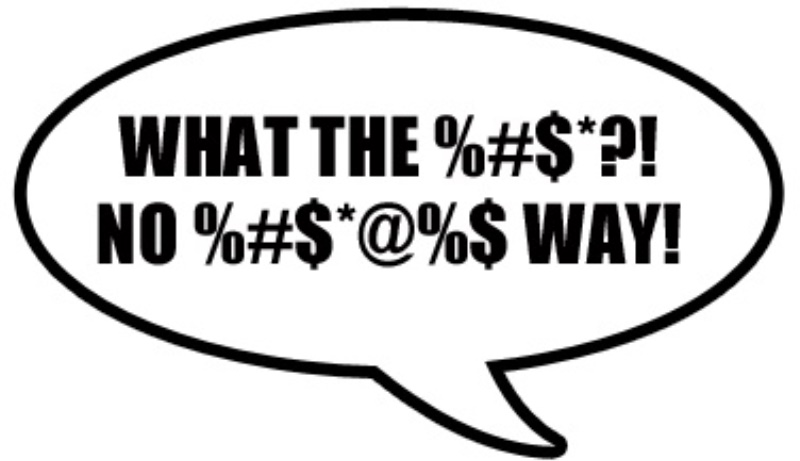 Article Name
People Who Swear Are More Articulate Than Those Who Don't, Says Science
Author
Chaitra Ramalingegowda
Description
Science says that people who swear have a wider vocabulary than those who abstain.