Coz Sanah Kapoor Is All Set To Make A Shaandaar Debut

Another li’l one from the Kapoor clan is all set to make a Shaandaar debut this week. Sanah Kapoor, Pankaj Kapur and Supriya Pathak’s  daughter, has been making headlines ever since Shaandaar’s first look made it to the public eye, and ever since, the excitement to know more about her journey hasn’t ebbed a bit. Rediff got to Shasha’s li’l sister and here are the most exciting bits they managed to get out of the Kapoor lassie who is essaying the role of Alia’s elder sister on-screen: 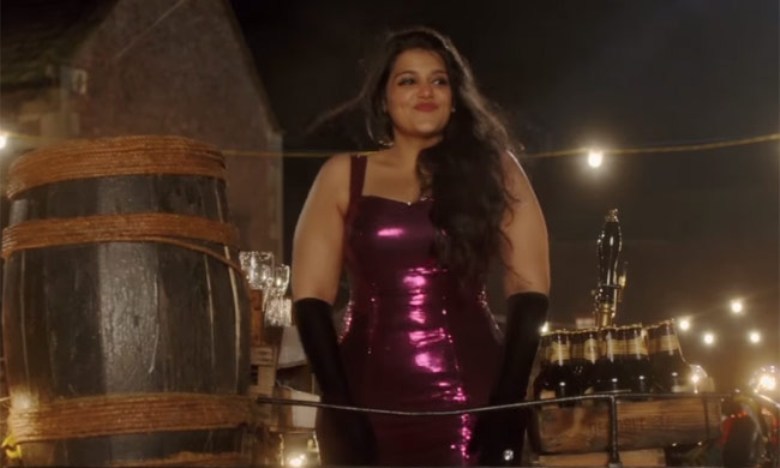 When asked about her interest in acting, Sanah Kapoor went on to describe how acting has always been her prime focus:

“I was always interested in acting, and my parents knew that. I’ve always participated in school and college plays. My dad was very supportive (when I told them I wanted to act in a film) but my mom was apprehensive. She did not want her daughter to go through the ups and downs of the film industry. She has been in the industry for a long time, so she knows about the instability and the insecurities.  She tried to talk me out of it but acting is the only thing I have ever truly loved. Eventually, my mother gave up.”

When asked about any formal training she might have received, she said,

“I took up an acting course at the Lee Strasberg Theatre and Film Institute in New York and did workshops with Neeraj Kabi (who was recently seen in the film, Talvar) and my father. During this time, I also completed my graduation.” 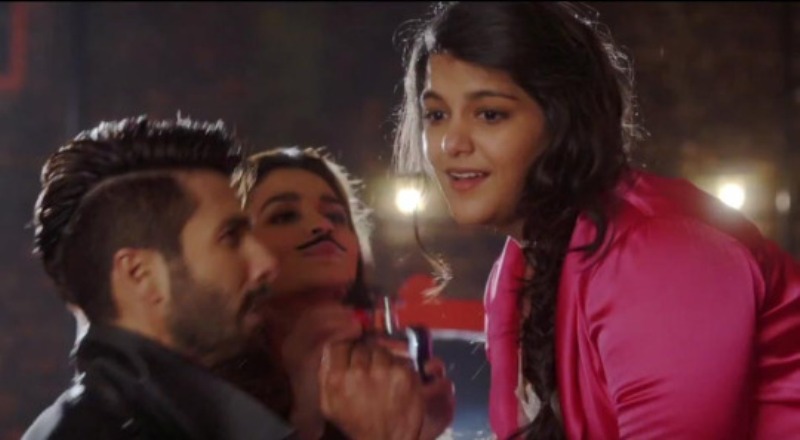 But more than anything else, people wanted to know if her ‘filmi’ background helped her land this ‘lucky, lucky’ role or there was a story, not unlike Alia’s (her co-star) in the movie, who also underwent an audition and quite the transformation for her debut in Student Of The Year, and you wouldn’t believe the bombs Sanah Kapoor dropped, then:

“I met a colleague of (casting director) Mukesh Chhabra at a get together and told him that I was interested in acting. One day, I got a call from his office for an audition.  I was given three tough scenes from Shaandaar. (Director) Vikas Bahl saw the audition and selected me but he did not know I was Pankaj Kapur’s daughter or Shahid Kapoor’s sister. I told him that when I met him.  I did not inform my family about this audition immediately. I told them after two weeks. In fact, my father was signed on a month after me. I went through the trial costume look, script-reading, getting to know my character better… To play Isha, I had to put on 16 kilos. I know I am not the film’s lead but I choose to do the role because I loved the character. And just because I’m doing a supporting role now doesn’t mean I won’t do lead roles later. As an actor, it’s fun to mold yourself in different characters and do different things.”

When asked about the first day of shoot, the fondness in her voice of immutable memories was hard to miss:

“I had forbidden my parents from coming on the sets on the first day of the shoot, as I thought I would be very nervous. My father was not shooting that day; Bhaiyya was. But I didn’t know he was around. He was watching my shot on the monitor. I was nervous in the beginning but as soon as the camera was on, I was very comfortable. I have always loved the camera; I love being on the sets. When the camera was off, it was intimidating because there were so many people around.” 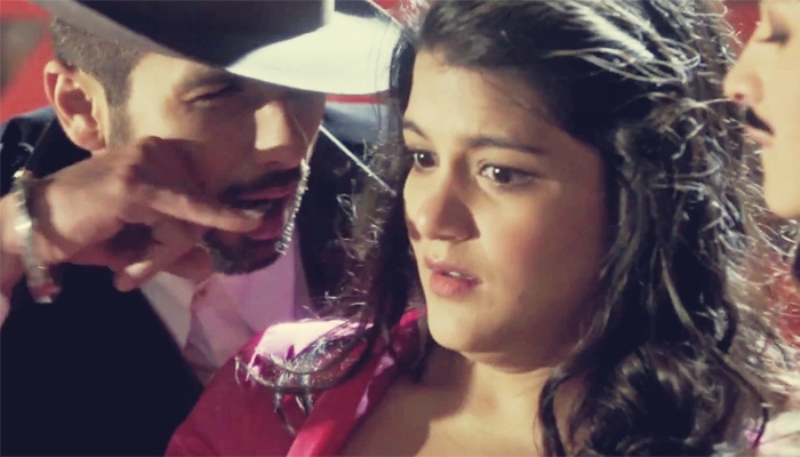 On the song that has taken the nation by storm and is playing everywhere you turn- Gulaabo, the lovely girl got playful and averred:

“It was fun shooting for the song Gulabo. (Choreographer) Bosco and his team did an amazing job. We shot at Leeds, UK, in November and the weather was freezing! We would drink a lot of coffee to keep warm. We would dance and then run and put on our jackets. I was very nervous shooting the songs. You have to get the steps right, according to the right beats. I have learnt Kathak dance and have a sense of rhythm but still I was nervous. Bosco made me comfortable, and we went crazy shooting that song.”

And not just that, Rediff managed to get a few scoops from the lovely lassie Sanah Kapoor on the latest addition to the Kapoor family- Shahid’s wifey, Mira Kapoor too:

“I think our family has got very lucky with (Shahid’s wife) Mira. She has fit in so well. We get along very well. We have similar interests. We are both literature students, and like similar books, movies and food. We are both into art, history and culture. We became friends even before she got married.”

Well, we sure are looking forward to watching the ‘bindaas’ babe on-screen!

Good luck Sanah Kapoor- we are waiting for your shaandaar debut!

Article Name
Coz Sanah Kapoor Is All Set To Make A Shaandaar Debut
Author
Sejal Parikh
Description
Sanah Kapoor has, until now, been seen as the crazy lass 'Isha' about to be wedded in one madcap yet Shaandaar wedding! But here's what she REALLY is like!