The Curious Case of Live-In Relationships: Here’s Why They Are Essential

“Out beyond ideas of right-doing and wrong-doing, there is a field.
I’ll meet you there.” -Rumi

It is an arrangement where one ‘moves in’ to a shared accommodation with one’s partner, before or without marriage. It completely changed the relationship paradigm the world was used to operating in. We all want our special ones around us, and even though our ways of achieving that have changed over time, they have far from lost their genuineness.

Suggested read: Weighing the pros and cons of being in a live-in relationship

While cohabitation is identified as a feature of the modern society, its roots go way back. The Garasia tribe living in Rajasthan, India, has held this tradition for thousands of years. According to sociological studies, the Garasia depend on farming and labor. While the couples move in together, they are only joined in matrimony once they have secured enough money. This however, does not stop them from bearing offspring. In several instances, the parents have gotten married long after the children grew up. In fact, in the case of Naniya Garasiya, marriage with his live-in partner Kaali came to be at 70 years of age, as their grandchildren bore witnesses. What is interesting here is that this entire process is devoid of any social ostracism. The tribe members don’t subject the participants to intense moral policing (as is rampant in “civilized society”).  They can partake in marriage whenever they deem fit, and even bear children out of wedlock without being disowned or looked down upon. Let’s take notes, maybe?

In a debate between Romantic Cohabitation v/s Marriage, Psychology Today wrote: “With the rate of marriage at a record low, more and more couples are getting down with one key instead of down on one knee.”

Factors influencing the rise of live-in relationships: Why they are essential 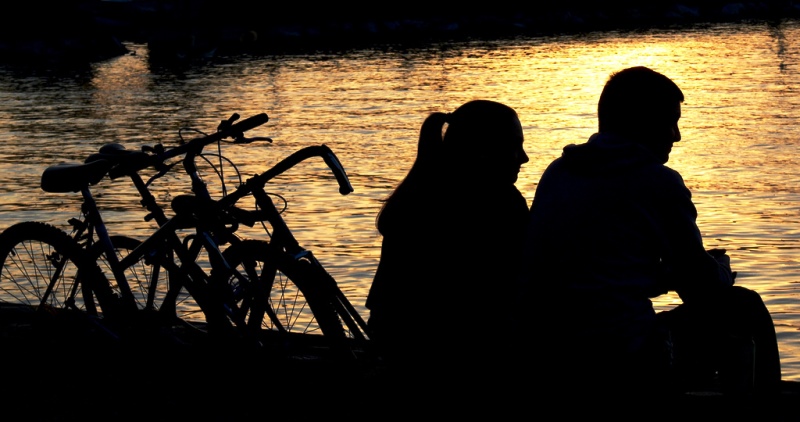 Who doesn’t value independence in today’s day and age? You are your own person. Millennials are characterized by the strong dislike of being dictated upon, or being bound by any societal chains. In fact, this has been the period of the most constant political turmoil on the psychological sphere, with people speaking up against sexism, racism, and all the harmful mental acrobatics we have carried forward from the past. Our psychological well-being is more in the spotlight now than ever, and being completely independent is the very beginning of it. The absence of legal documents or legitimate “pairing” lessens the pressure on couples by several miles.

Despite the ardent belief of pop culture that ‘Love is all it takes’, in reality that’s far from the ideal scenario. There is a world of difference between spending a few hours with somebody, and spending 24 hours of each day with them around. It could either be exhilarating, or make you want to tear your hair out, strand by strand. Either way, living with another person requires a lot of adjustment. It’s very true that before the live-in culture could get a strong foothold, marriage would often spring their partner’s daily habits as a nasty surprise on the newly wed. In the simplest of languages, it’s always good to know what you’re getting yourself into. You may be madly in love but a live-in relationship is where you truly discover if he or she is the yin to your yang.

3. Breaking up is cleaner

We all know how horrific the legal process of getting a divorce is. Much worse, however, is the social stigma attached. You are henceforth branded as a ‘divorcee’ and introduced thusly in every social gathering (and also behind your back). You hear it so much that they might as well put it on a dog collar around you because they already have you on a leash. However, you never hear somebody being introduced as: “She’s Rachel, a girl who broke up once (or twice, or more, I’m not judging).” That is because our neighbors have warmed up to the idea of relationships breaking apart but when it’s the holy institution of legally sanctioned union, lo and behold, you’re handed 3948 court papers, and double the amount of name-calling.

You are no longer somebody’s ‘wife’ or ‘husband’, and it isn’t mandatory for you to tag along to every event your SO is invited to. The ‘once together, always together’ motto gets boring after a point. Live-in relationship is very relaxed in its norms, in the sense that it has very few of them. You’re still invited to parties, but there’s a hint of choice, and even then your identity remains intact. It also does away with the unnecessary pressure of having to change your surname. While more and more women choose to keep both, a live-in relationship prevents your future grandchildren from having names they can’t pronounce in a breath.

It is a common complaint that Millennials do not commit to anything long-term. The Pew Research Center reveals that they are less likely to partake in marriage in their 20s than any of the previous generations. There has also been a 10 percent drop in marriage rates among 30-somethings, while the live-in ratio has increased to 13 percent from just 7. There is something about our generation that asks us to “never settle”. Pew also highlights that the modern spirit of individualism contributes effectively to the cause of commitment issues since the particles in society grow to detach themselves from it. Come to think of it this way, live-in relationship is so much more romantic because you choose to be with the person every day even though you could practically walk out anytime, hassle-free.

What is the point of promising somebody the infinity if you aren’t going to keep it? And, if you will keep your promise, does the paperwork really matter?

Suggested read: 7 questions you must ask yourself before getting into a live-in relationship

A live-in relationship is not legally recognized. When a man and woman have cohabited for a prolonged period of time, as husband and wife, the state naturally assumes that they are living in a state of marriage and not concubine-age. However, the Indian Domestic Violence Act 2005, made a provision for live-in couples. Under this Act, if a man and woman share “a relationship in the nature of marriage”, she can appeal to the court if abused by her partner.

The ‘Social Solidarity Pact’ allows couples to enter into a union by signing before a court clerk, binding “two adults of different sexes or of the same sex, in order to organize their joint life”. It accords them the same privileges granted to married couples in the fields of income tax, housing, and social welfare. In case either or both parties want to separate, they have to provide a written documentation of it, three months before the contract can be nullified.

A live-in relationship is recognized here, and governed by the law of co-ownership which is the same for married couples. If two people, capacitated for marriage, live together, without entering into a legal union, or if the marriage should terminate, the property acquired by both parties, through their wages, shall be equally owned by them.

They don’t enjoy the legal benefits and status accorded to married couples. They do not have the right to each other’s inheritance, State Pension, or Bereavement Allowance. On the brighter side though, they are truly “free” from societal intrusion. UK protects the children born in such relationships, and it falls on both the parents to bring up their offspring(s), irrespective of their marital status.

They operate on a policy termed as ‘palimony’. If a woman has lived with a man for a substantial period of time, and they separate, she may choose to sue for palimony (compensation). There is no fixed rate settled for this. The US Courts are divided over the decision of when a woman can sue her partner for palimony. Some hold that a contractual agreement is necessary, while others consider a substantial period of cohabitation as criteria enough.

Suggested read: Are men prepared to handle women who sleep around?

Several people often argue that a live-in relationship is in fact toxic. The biggest cause of this disagreement is the claim that such relationships rarely ever amount to marriage. It is also made statistically clear that these relationshps see more ‘drama’, i.e, fights, violence, and aggression. These unions are often called ‘fragile’, and ‘easily broken’, as they are not bound by law. Overall, a portion of the population disagrees with the notion of a compatibility test, and the need for entering into ‘unsanctified union’.

We believe in love, irrespective of its form, gender, race, or what it asks of us. We believe in love because what would we rather believe in? The world is being burnt seven ways to hell, and in this chaos, if you find your piece of paradise; we suggest you hold it tight.
Always remember what The Lion King 2 taught you:

Article Name
The Curious Case of Live-In Relationships: Here's Why They Are Essential
Author
Meghalee Mitra
Description
Live-in relationships are the magic wand of the modern day world. Here's why we need it.