10 REAL Thoughts You Have When Dumped In A Non-Relationship

The last few weeks had been fraught with a strange feeling. That I was going to be dumped. And dumped, I was. Only, the full-on breakup drama was limited to a cursory ‘I don’t think we should see each other anymore’ text and just like that, my ‘un-dumped’ track record was tainted. Or was it?

I mean, we weren’t even dating! We agreed to see each other casually – which meant that we hung out at bars, downed pitchers of beer, and then made out in the car. Sometimes, he’d get a promotion and be more than a bedmate but always less than a boyfriend, and that was that. So, then how on earth could I be dumped in what could best be termed a non-relationship relationship?

And that’s not even the worst part – what was worse was that being dumped hurt. Not in a way that heartbreak does – after all, in an age of elusive hookups and hang-outs, with no titles, no attachment, no ties, ambiguous exclusivity rules, and less ‘breaking’ and more phasing, how could this hurt – but nonetheless, being dumped this way did. You see the technique of putting the kibosh on our ‘hanging-out’ adventures also justified that the end would rather be welcome, but…

In the times and age of ‘casually seeing each other,’ tied up knots in the stomach, endless tears, and distracted thoughts were textbook. Really. Not that I was crying bucketfulls, but my ice cream tub was out and I dodged the calls of my girls. So, then was I dumb to feel sad at the fallout? I guess so – coz we weren’t ‘technically’ a couple. But then, if that were so, how could he ‘end things,’ huh? I mean shouldn’t the ‘casual’ relationship or non-relationship – whatever the heck it is – have a ‘casual end?’ I mean, it has been a while since I have gone roving in the realm of ‘real relationships.’ I have only been skimming on the surface, afraid to take the plunge. So, when things freaked me out too much, I opted for the Irish goodbye. And it wasn’t like I was the only one who had Irish goodbye-d men, they casually dropped the mic on me too. Win-win, you see. But this – this was hurting and in the very strange way that the Owen Wilson-y premonition feeling of the past few weeks had haunted me! How was I supposed to handle being dumped when we were casually dating?

Suggested read: Had a breakup? You will relate to this…

It wasn’t like I didn’t know things were headed towards an end – after all, we’d agreed it was but a ‘casual’ thing when I knew he wasn’t really my ‘type,’ except for being interesting enough to engage in pleasant conversation post those wonky work hours and good enough that I wouldn’t have to worry about sloppy kisses after all the drunken revelry – but I didn’t think ‘the end’ would happen like this. It felt like just when I was grazing my fingers on the surface of the band aid, trying to slowly pull off from a side, watching the skin make pointed tents whilst my head was tilted sideways, and my eyes cringing from the pull – he took the rest of the band aid in his own fingers and ripped it right off! Ouch…

And if this gravy train has ever stopped by your side and you have experienced being dumped by your casual fling, you’d relate:

1. Your heart isn’t hurt, but the pride in your bosom is shot

It feels like tar traipsing in your insides, making every step of the way heavy. Your heart isn’t broken – for there wasn’t as deep an attachment as that – but you feel the shards of your broken pride pricking your insides and hurting you. And it isn’t any better. If only you’d have ripped the band aid yourself…

2. You start to wonder if you’d ever frequent the ‘casual’ lanes of Datesville either 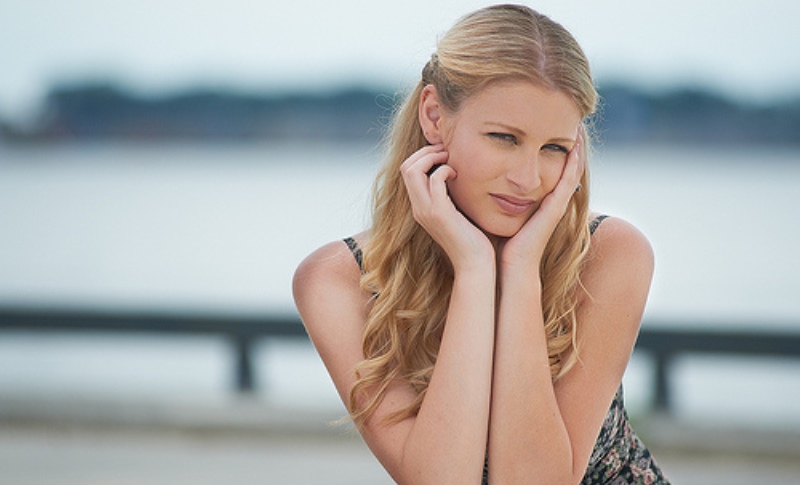 When all you share with another being is a round of niceties, streamlined with intoxicated kisses, laughter, and even, sex – how could that gravy train end? How can someone adjudge you to be ‘un-dateable’ when they weren’t even ‘dating’ you in the first place? Seems like a logical error to you… are you holding up some blatant RED flags in Datesville…? And suddenly, you not only fear putting your foot through the door to make an entry into the ‘real relationships’ zone but are scared of frequenting the casual lanes of Datesville too!

3. You start to form irrational fears in your head

With that fear, you start to worry about being unattractive or too stubborn or just not ‘dateable.’ Yes, your high school crush had said as much when he broke your heart. Your friends just didn’t have the wherewithal to agree. And you suddenly grow more and more scared about your appearance, your personality, your … no … that can’t be it…

4. And the worst ones begin to haunt you

You could have dealt with the appearance issues – after all if you began to save now, you could afford surgery in…seven, eight…never mind. You will do something. Mental note. Your personality – you could make conscious attempts to improve. Yes, you could. Mental note 2. But what if he was driven away by how you kissed, how you performed in bed? Surely, teaching yourself vis-à-vis … yeah, that wasn’t helping. And if he didn’t have the patience, nobody would. And then… an even more grave panic grips you…

5. You are suddenly scared of the stories that’d be doing the rounds

You had heard rumors about him being warned by a fleet of exes about your flaws. Maybe he just took the exit before social media could have blasted him for dating ‘undateable’ material like me, you think! Damn you… you high school jerk! And you are suddenly scared if he’d be badmouthing you or giving away hilarious accounts of your sloppy kissing skills or drunken bjs over beer-with-buds! Worse, with your exes! And you wish you were dead!

6. You have to fight the urge to ask him WTF was wrong

Tired of conjuring an endless string of reasons that might have prompted him to pull the plug, you decide to ask him what the f**k was wrong – and more importantly, what the heck did you do wrong! But ohh-the-woe of the pressures of playing it perennially cool! It was casual and therefore, merits zero explanation!

7. You feel the bitter taste of rejection on your tongue all the time 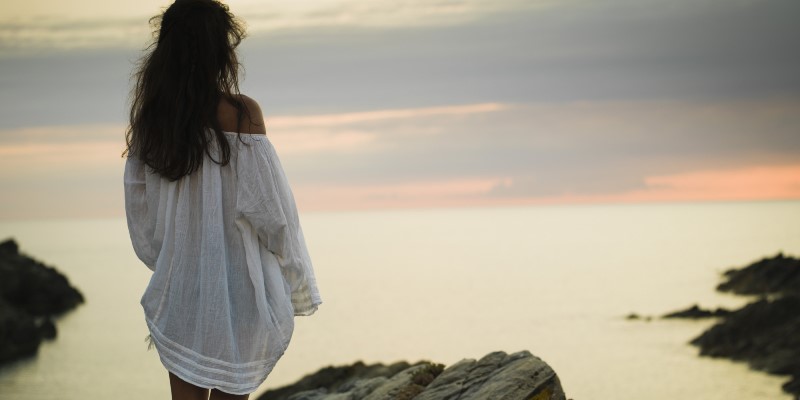 And now you feel the cold, biting wintry winds of rejection lashing against your face and making your teeth chatter. You shiver in the cold and understand that the rejection, unless it flows two-way, hurts and how! You learn that if getting rejected by someone you didn’t even like is a stab in the chest, you wouldn’t even want to feel the deathly blow of being rejected by someone you’d really like. No, you aren’t going to put yourself out there…

8. You begin to give in to anger 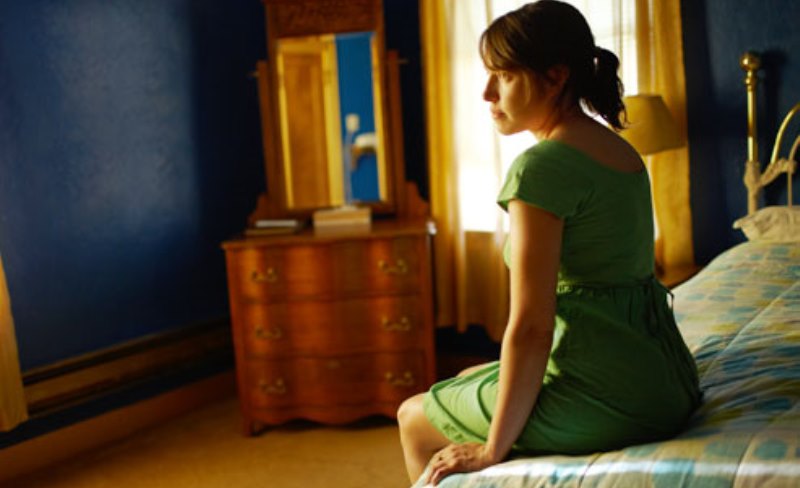 And the languid feeling swims about in your being, making you weak and you dwell on anger as the most effective coping strategy. You hate him for doing this to you, for making you cold when you were a warm, affectionate person. You do not stop at that – you have no qualms about hurling a stream of incendiary invectives at him and building yourself up from the black residual remains that the band aid left behind. You are healing…

Suggested read: Lessons only your first breakup will teach you

9. The flame, then, slowly warms the other entrées and you have an urge to partake of the buffet 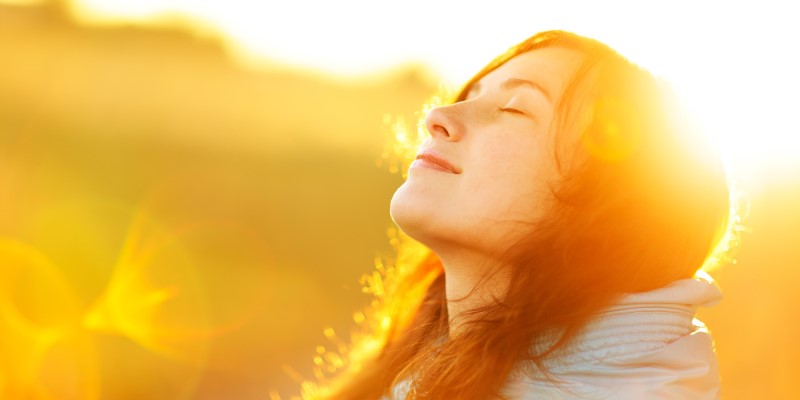 And as this happens, your pledge to never put yourself out there begins to melt away in the heat and you find yourself amidst a lot of options. And well, when a buffet is laid out, you need to taste the delicious spread, don’t you? Especially so, when all you have been doing for a good recent while is downing bitter pills!

10. Lo, you can taste the stars again

Once the fire of rage has burnt down the bitterness, spread a sizzling yum platter for you, you’d do well to realize you hadn’t liked that dish at all! After all, everything now tastes so so GOOD! Maybe the universe is telling you that you didn’t need a LOSER! You are free, young woman!

Happens to the best of us and we all get over it – just like Peggy Lee said, ‘I thought I’d die, But I didn’t…’

Article Name
10 Thoughts You Have When Being Dumped In A Non-relationship
Author
Sejal Parikh
Description
Being dumped in a non relationship, when you were just casually dating might seem like a petty thing. But is it? Well, not always.