10 Of The Most Controversial Oscar Speeches That Stunned The World

Not all Oscar acceptance speeches go as planned. Not everyone sticks to the plan as well! 😉 Sometimes, the winners get extremely teary-eyed and make blunders in the haze of the moment. While at other times, they are so shaken by their victory that they rush off the stage! Remember Rita Moreno’s stunt after she came to be the first Latina to ever win the Best Supporting Actor (female) in 1962?! And then there are those who think of the weirdest person to thank in their Oscar speeches (Halle Berry once thanked her lawyer)!!

But some just venture into the controversial territory and end up in the Oscar doghouse! They announce their love for their sibling (sorry Jolie!) or manhandle their presenter (Ouch! Adrian Brody!). The presenters too haven’t steered clear of this contentious zone and have spoken of issues like Tibet, out of context!! These Oscar speeches range from political to simply awkward!

Suggested read: That one time when Marlon Brando refused an Oscar for ‘The Godfather’

Let’s have a look at the 10 most controversial Oscar speeches ever!

When they laid down their arms, we murdered them. We lied to them. We cheated them out of their lands. We starved them into signing fraudulent agreements that we called treaties which we never kept. We turned them into beggars on a continent that gave life for as long as life can remember. And by any interpretation of history, however twisted, we did not do right. We were not lawful nor were we just in what we did. For them, we do not have to restore these people, we do not have to live up to some agreements, because it is given to us by virtue of our power to attack the rights of others, to take their property, to take their lives when they are trying to defend their land and liberty, and to make their virtues a crime and our own vices virtues.”

“On behalf of our producers Kathleen Glynn and Michael Donovan from Canada, I’d like to thank the Academy for this? I’ve invited my fellow documentary nominees on the stage with us, and we would like to — they are here — they are here in solidarity with me because we like non-fiction.

We like non-fiction and we live in fictitious times. We live in the time where we have fictitious election results that elects a fictitious President.

We —we live in a time where we have a man sending us to war for fictitious reasons? Whether it’s the fiction of duct tape or the fictitious [sic] of orange alerts, we are against this war, Mr. Bush?? Shame on you, Mr. Bush, shame on you.

And any time you’ve got the Pope and the Dixie Chicks against you, your time is up. Thank you very much.”

“Oh my, oh my God. Oh wow really, really, really, really, really, truly wow. I know there’s a lot of people that said a lotta real real nice things to me for several months now, but I’m just shaking in my boots here. Ok, alright. Thank you David O. Russell. I want to thank the actors, Mark Wahlberg, Christian Bale, he might run out for a second, Amy, my sweet sister Adams, Jack, our lovely daughters. OK. Yeah, I am kind of speechless. Golly sakes, there’s people up there too. When I watched Kate two years ago, it looked so f*cking easy. Alice Ward, your beautiful family that opened your hearts. I saw Mick here earlier. Dick, a shout out for Nana? Alright, Dick’s not in the room.”

“God, I’m surprised nobody has ever fainted up here. I’m, I’m in shock and I’m so in love with my brother right now. He just held me and said he loved me and I know he’s so happy for me. And thank you for that. And thank you to Columbia. Winona, you’re amazing and thank you for supporting all of us through this. And all the girls in this film are amazing, and Whoopi, everybody, and my family for loving me. Janeen Schreyer and your sister Michelle — Michelle, we love you. Geyer Kosinski. My mom, who is the most brave, beautiful woman I’ve ever known. And my dad, you’re a great actor but you’re a better father. And Jamie, this is, you’re just, I have nothing without you. You are the strongest, most amazing man I’ve ever known and I love you. And thank you so much.”

5. George Clooney – A dose of reality in the land of imagination

In 2005, George Clooney’s Oscar acceptance speech concluded just how self-congratulatory Oscar night is, in his response to presenter Jon Stewart’s previous dig that “Hollywood was out of touch with America.”

Clooney replied: “I would say that we are a little bit out of touch in Hollywood… it’s probably a good thing. We were the ones talking about AIDS when it was just being whispered, and we talked about civil rights when it wasn’t popular and this group of people gave Hattie McDaniel an Oscar in 1939 when blacks were sitting in the backs of theatres!”

“To my friends, I want to say hello up in Vancouver—right now we are doing Intersection up there. Hi, guys. I’ll see you later tonight. I had a thought about something, actually, before I came out. I want to share it with you. It’s going to be short. I was really struck by this idea that there were one billion people watching this thing. It’s astonishing—one billion people watching. And I was curious about what countries this was actually going to. And it is in fact being seen in China right now. And the first thought that came to me was, I wondered if Deng Xiaoping is actually watching this right now, with his children and his grandchildren, and with the knowledge that—that—that—what a horrendous, horrendous human rights situation there is in China, not only towards their own people but to Tibet as well. And when it was this kind of… if something miraculous, really kind of movielike, could happen here, where we could all kind of send love and truth and a kind of sanity to Deng Xiaoping right now in Beijing, that he will take his troops and take the Chinese away from Tibet and allow people to live as free independent people again. So, thought… We send this thought—we send this thought out. Send this thought. Anyhow…art direction demands taste…”

7. Vanessa Redgrave – Ready to fight against anti-Semitism and fascism!

“My dear colleagues, I thank you very much for this tribute to my work. I think that Jane Fonda and I have done the best work of our lives and I think this is in part due to our director, Fred Zinnemann.

And I also think it’s in part because we believed and we believe in what we were expressing – two out of millions who gave their lives and were to prepare to sacrifice everything in the fight against fascist and racist Nazi Germany.

And I salute you and I pay tribute to you and I think you should be very proud that in the last few weeks you’ve stood firm and you have refused to be intimidated by the threats of a small bunch of Zionist hoodlums [gasps from the audience followed by a smattering of boos and clapping] whose behavior is an insult to the stature of Jews all over the world and their great and heroic record of struggle against fascism and oppression.

And I salute that record and I salute all of you for having stood firm and dealt a final blow against that period when Nixon and McCarthy launched a worldwide witch-hunt against those who tried to express in their lives and their work the truth that they believe in [some boos and hissing]. I salute you and I thank you and I pledge to you that I will continue to fight against anti-Semitism and fascism.”

“Who gave this son of a bitch a green card?” (While announcing “Birdman” as the Best Picture at the Academy Awards in 2015)).

After waltzing up to the stage, Brody hugged presenter Halle Berry by placing a big, fat kiss square on her lips. He then said, “I bet they didn’t tell you that [kiss] was in the gift bag.”

“Oh, Benton, what you did for me; you changed my life, truly. This means so much more to me this time. I don’t know why. I think the first time I hardly felt it because it was all so new. I owe a lot to the cast, to my players, to Lindsay and John and Danny and Ed and Amy and my little friends Gennie and Yankton. I owe a lot to my family for holding me together and loving me and having patience with this obsession of me. But I want to say thank you to you. I haven’t had an orthodox career and I’ve wanted more than anything to have your respect. The first time I didn’t feel it, but this time I feel it. And I can’t deny the fact that you like me. Right now, you like me! Thank you.”

The 88th Academy Awards concluded just hours before, and let’s hope none of the winners or the presenters hop into the Oscar doghouse this year, after delivering something obnoxious or politically incorrect! Congratulations to the winners! 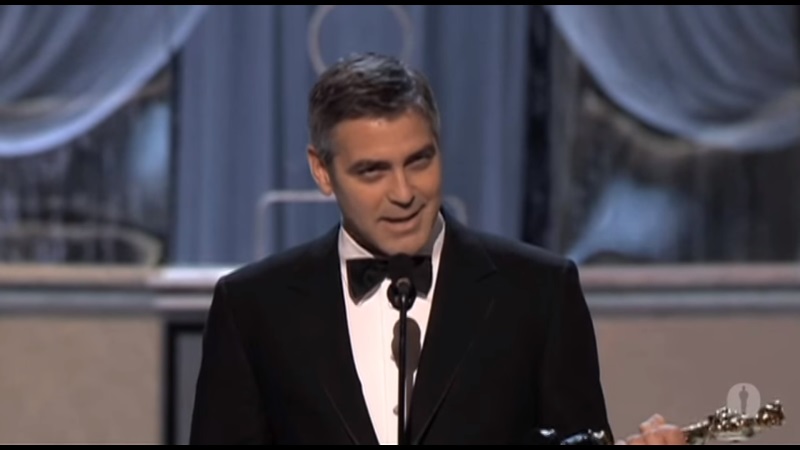 Article Name
10 Most Controversial Oscar Speeches EVER
Author
Riya Roy
Description
You gotta give a speech after an Oscar win. But these Oscar speeches don't quite go as you'd expect them to. Take a look at some of the most controversial.