George Clooney is all set to say goodbye to his bachelorhood!

I first saw George Timothy Clooney between 1994 and 1999 on the long-running drama series, ER, as Dr Doug Ross. I thought he was good looking, and seemed charming. And the next time I saw him was in Batman & Robin. Although the movie was little better than a cartoon, he was the perfect eye candy. Besides being named the sexiest man alive twice – in 1997 and 2006 – he has won several awards, showing his acting prowess, and not just being eye candy. Can you believe that he is the only person ever to be nominated for the Academy Awards in six categories? And that he has won the Oscars twice? Wow! 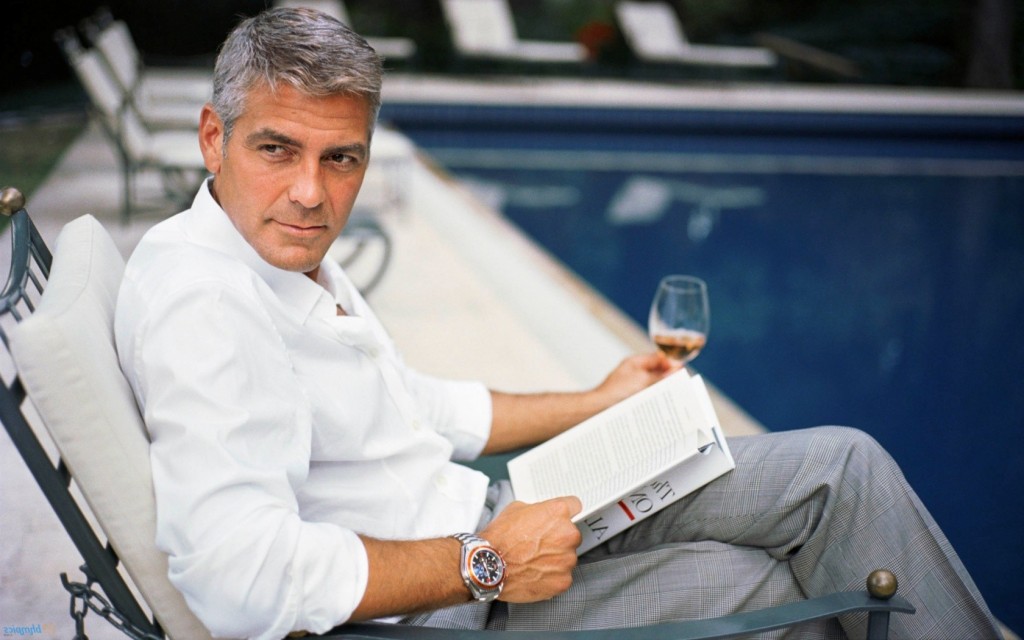 Anyway, since the man is handsome as all get out, there’re bound to be a number of ladies that he has been in relationship with. I mean, it’s obvious. And over the years, George Clooney has dated a slew of beauties from around the world – Ginger Lynn Allen, Kelly Preston, Renee Zellweger, Krista Allen, Celine Balitran, Lisa Snowdon, Sarah Larson, Elisabetta Canalis, and Stacy Keibler – are a few among them. Whew! Since his first marriage to actress Talia Balsam ended in a divorce in 1993, many speculated that he would remain a handsome bachelor for life.

But that wasn’t to be. 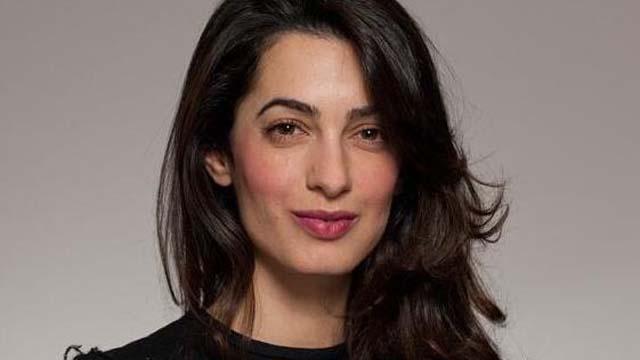 The successful and beautiful British-Lebanese lawyer, activist, and author, Amal Alamuddin, 36, caught Mr Clooney’s eye, and the couple got engaged on April 28th, 2014. And his mother approves! After Amal’s law firm confirmed that the couple were engaged, his mother told the Daily mail, “You can say I’m extremely happy, Amal’s a lovely girl. We weren’t at all surprised when they told us they were engaged, and we couldn’t be happier for them.”

Specializing in international law, criminal law, human rights, and extradition, Amal is a barrister at Doughty Street Chambers. Her clients include Julian Assange, the founder of WikiLeaks, in his fight against extradition to the US. That’s not all, she has also represented the former prime minister of Ukraine, Yulia Tymoshenko. 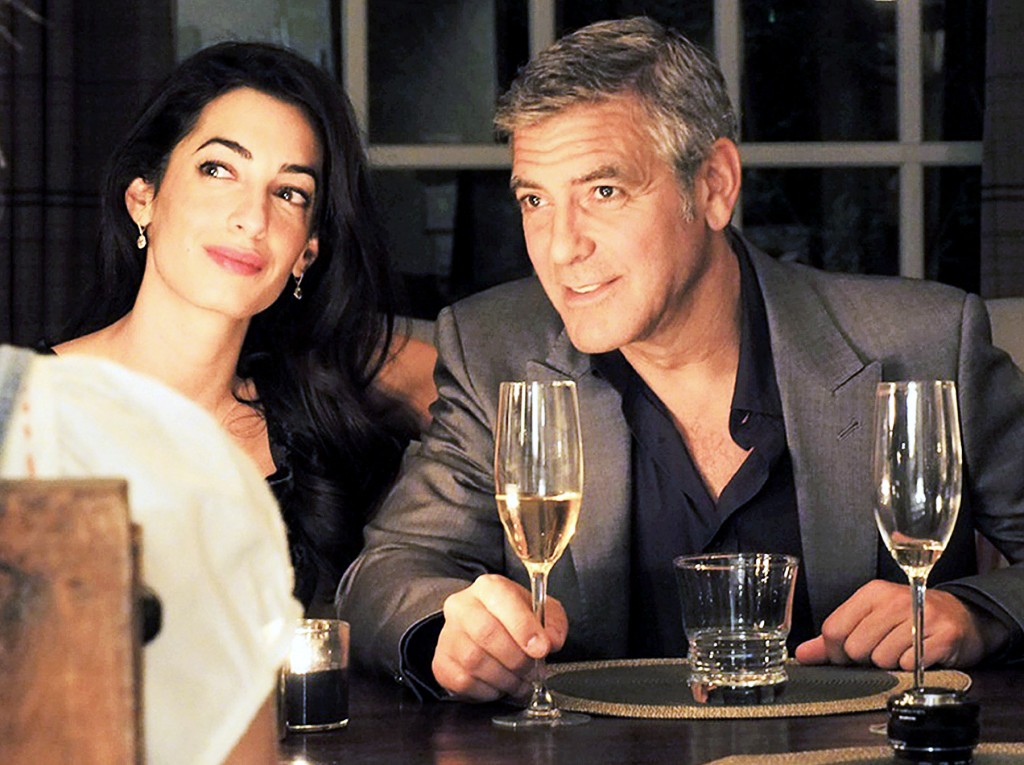 When the couple’s harmonious relationship was threatened by a tabloid, and boy, did George rise to the occasion! In July of this year, Clooney publicly criticized the British tabloid newspaper the Daily Mail, after it wrongly claimed that Amal’s mother was opposed to the couple’s marriage on religious grounds. George wrote to the tabloid, attacking the credibility of such a wrongful story: “The irresponsibility, in this day and age, to exploit religious differences where none exist, is at the very least negligent and more appropriately dangerous. We have family members all over the world, and the idea that someone would inflame any part of that world for the sole reason of selling papers should be criminal.” Later, he refused to accept the newspaper’s apology, stating that, “… they’ve exposed themselves as the worst kind of tabloid. One that makes up its facts to the detriment of its readers and to all the publications that blindly reprint them.”

Belmond Hotel Cipriani, where the couple will host a ‘casual’ dinner on the eve of their wedding

And since the couple got engaged, everything from the venue to the guest list to which designer will get to design Clooney’s tux, has been rumored about in various forums. Here’s what we do know for sure about the most-talked-about wedding in Hollywood: 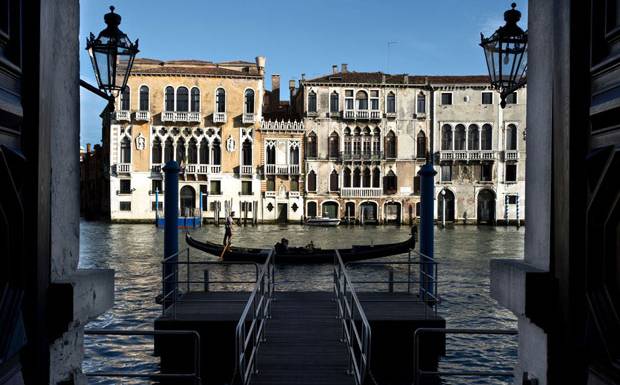 Aman Canal Grande, where George and Amal are set to tie the knot on 27th of September

And the groom-to-be can’t wait to be married to the lovely Amal. A few weeks ago, at the Celebrity Fight Night in Florence, Italy, apparently, George couldn’t stop gushing about his impending nuptials to Amal. He was there to accept an award. He said, “I would just like to say to my bride-to-be Amal that I love you very much and I can’t wait to be your husband.” 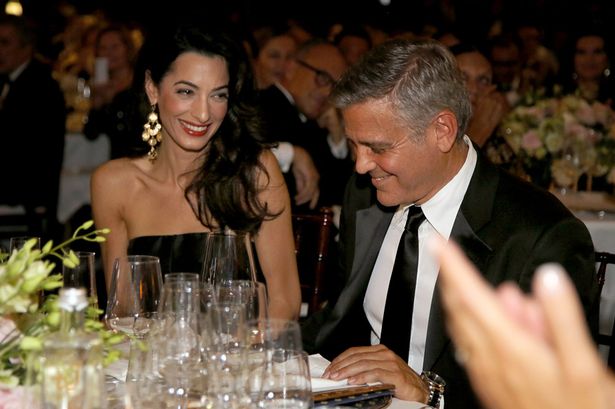 Amal and George at the Celebrity Fight Night in Florence, Italy

How romantic is that!

We wish the handsome couple a very happy married life, in advance! Congratulations, you guys!

Just when we thought the grand wedding celebrations of the handsome and famous couple George Clooney and Amal Clooney drew to an end, Amal’s parents sent out invites to a post-wedding party in the UK. If you recall, the couple exchanged vows in Venice last month amid media frenzy and speculations about the guest list, the bride’s gown, the entertainment during the reception, and how the couple behaved during the ceremony.

Apparently, E! News has obtained an invite sent out by Amal’s parents, Ramzi and Baria Alamuddin, for a soiree at the Danesfield House Hotel and Spa in Marlow-on-Thames, Buckinghamshire, in southeast England, on October 25th, 2014. The guests were requested to RSVP by October 10th. The Danesfield House receive a Michelin Star in 2012, and is set in 65 acres of private land, just six miles away from the Grade II listed building George and lawyer wife Amal have allegedly bought as their new home.

The Danesfield House which boasts lush gardens and outstanding views over the River Thames, is an expansive 17th-century estate turned hotel. The invitation reads: “Ramzi & Baria Alamuddin invite you to celebrate the marriage of Amal Alamuddin & George Clooney. Please join us for dinner on Saturday, the Twenty Fift of October at 8pm in the evening. Danesfield House Hotel in Marlow-on-Thames. Please RSVP by October Tenth.”

Soon after the wedding ceremony, the couple went about their respective work, with George in New York Comic-Con to promote his latest project, ‘Tomorrowland,’ and Amal in Athens to lend her legal expertise to the Greek government in its long-running bid to reclaim the Parthenon Marbles, also known as the Elgin Marbles, from Britain. This party will see the Clooneys under the same roof post their nuptials a month ago. Surely, a joyous occasion for the newlyweds!