11 Convincing Reasons Why Plants Are Better Than Girlfriends

Being a nature lover, I love everything that Mother Nature has to offer us mere mortals – be it flora or fauna. But that doesn’t mean I cannot prioritize those gifts, does it? If I have to choose between flora and fauna I would pick flora, any day of the week and twice on Sunday. Wondering why? Well, if you look at it logically, we human beings fall under the broad category of fauna too. I don’t hate people; in fact, I like them very much. But I just have a teeny tiny problem with one part of this large category, namely women.

Wait, wait, wait. Before you go branding me a misogynist, a sexist, or a chauvinist, or a combination of all three, hear me out. You listening? 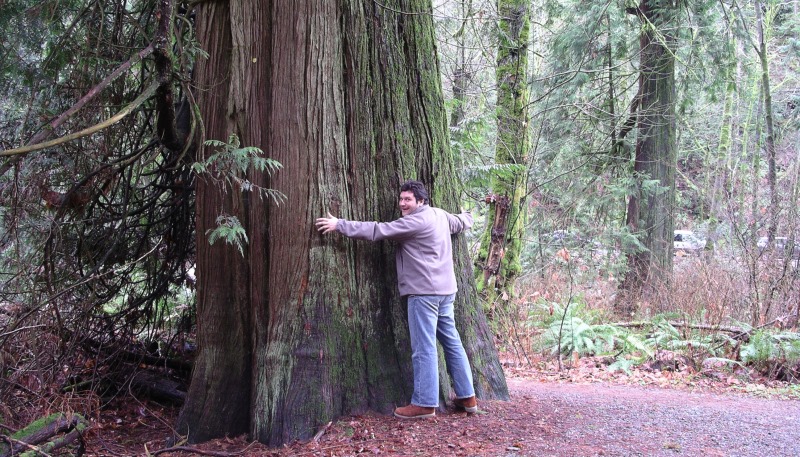 Okay then. Let me lay out my thoughts. Then you can decide for yourself if I’m right or not. Don’t get me wrong, I LOVE women and everything about them – their smiles, their unique personalities, their grace, their resilience, their courage, and their infinite ability to love unconditionally. I respect them. In fact, I think without women, this world would be a dreary and desolate and drab place. Women make this world colorful, beautiful, and bearable.

But, you have to admit – they possess certain traits that make you want to keep your distance from them. They do a lot of ‘crazy’ things that makes us wish they were … different. Let me lay it all out for you why I choose to get cozy with plants rather than women.

Suggested read: 15 practical reasons why pets are better than boyfriends

[Disclaimer: This is a lighthearted piece on why plants are better than girlfriends, and is intended to be taken as such. It is not intended to offend anybody’s sensibilities.]

I think women have a way of looking at the world very differently than us guys. They always want things to go their way, they look for order where there is none, and in pursuit of this, oftentimes, they cross the line. Sometimes, they even end up manipulating the person they claim to love. But plants aren’t manipulative; they just are – by themselves, in a corner of your room, making you dizzy with the oxygen they give out! Alas, you can’t say the same thing of women!

The most annoying thing about women is that they make you wait. It seems like they don’t know what they want. They dither and make us poor guys wait – be it for a date, sex, or anything else! On top of that, they take forever to get ready to go anywhere. Plants, on the other hand, do not know the concept of making people wait. They just stand in a fixed place throughout their lives and wait for you! Isn’t this ‘ideal’?

3. Plants don’t expect much from you

Having a girlfriend costs you not only a lot of money but also time and energy, and most of the times, even that is not sufficient for them. They need your mental and emotional presence ALL the time. But plants believe more in giving than taking; they only expect the carbon dioxide you breathe out, and whatever waste you create in your kitchen for manure!

4. Plants will never make you feel guilty about anything

We may have been ‘free’ for more than 67 years now, but for men, that freedom is just on paper. You never feel free because when you do something that is considered ‘wrong’ by your girlfriend which you hadn’t even given a thought to, you practically get the third degree treatment, which is worse than the Spanish Inquisition! Not to mention the fact that your girlfriend has the memory of a supercomputer! Even months after the incident, they remember that one ‘wrong’ and make you feel guilty. But plants never do this to you. In fact, they even forgive you for all your mistakes – even if you don’t water them regularly!

Suggested read: 7 things every guy should do to be the perfect boyfriend

Wash the dishes, clean the room, switch off the lights if you not in that room, put the toilet seat down, take the trash out … All women across the globe have this common annoying trait of nagging. But plants don’t, simply because they don’t have vocal cord.

6. Plants are never jealous of anything

It’s a woman’s prerogative to flirt with a man who is not her boyfriend, but God forbid if her boyfriend does the same thing! All her hackles are raised and the green monster of jealousy rears its ugly head. A man can’t even look at other women, let alone compliment them in front of his girlfriend. But plants, although are green, never get possessed by the green monster. They don’t complain if you touch or love other plants either. They’re as docile as can be expected.

If you have unintentionally made a mistake or said something wrong, don’t expect your girlfriend to forgive you. At least, most women don’t let it go. They hold grudges, and worst of all, when you ask for her forgiveness, she will drop the ‘fine’ bomb on you! And as most men know by now, it’s never really FINE with girls. They will curse you for that mistake throughout their life and carry those grudges to the grave. Plants don’t hold any grudges even if you eat them!

8. Plants don’t force you to love their parents

Love and respect should come straight from the heart. It cannot be forced. But women don’t get this simple logic. They spend half of their lives trying to make you realize that you cannot utter a word against their parents, and that they are ALWAYS right! Plants don’t have any such expectations from you; they don’t even mind if your parents don’t like them.

9. Plants are the best listeners

The toughest thing in this world is to have an argument with a woman and win it. You can’t – because they won’t even give you a chance to let in a word edgewise, let alone win the argument! Conversation with a woman is always one-sided where we men always listen and nod and agree to everything she says. Plants are exactly the opposite; they never speak in between or argue back, and are always all ears to whatever you wish to say.

10. Plants give you a lot of personal space

Unlike your clingy girlfriend, plants give you a whole lot of personal space. Maybe that’s why most men prefer to turn to nature to distress and spend their leisure time in the arms of Mother Nature. You just have to imagine yourself surrounded by Nature, and you immediately feel relaxed. Even if it’s just you sit in a park, you can think about absolutely nothing and not be interrupted by your girlfriend’s incessant chatter.11. Plants don’t get PMS

Suggested read: 9 ways to support your partner during her period

Admit it there is nothing more irritating than a woman PMSing. I believe PMS kills more relationships than infidelity – although I don’t have the exact figures! Mood swings caused by PMS are far more than a man can bear. Thank God, plants do not get PMS.

Well, now that I have laid out these facts, what do you think? Do you agree with me when I say plants are better than girlfriends?

Tell us in the comments below!