Dear, sunshine! I know you are waiting keenly for the weather to brighten up a little so that you can pull the scarf off your neck, and twist a knot up your hair with it. This spring let’s obsess on a hair scarf and learn different ways of styling it. The following step by step directions will help you tie it like a maven in no time! 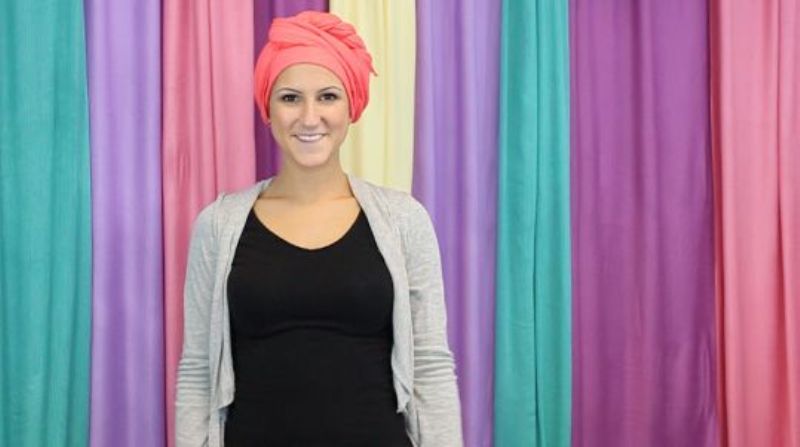 Using a rectangle scarf, centre it on your forehead. Now tuck the sides behind your ears and bring the tail to the nape of your neckline. Tie the two sides into a knot and then bring the sides over one ear. Next twist both the sections and pull it across your head much like a headband. Fold the end and tuck it in.

Suggested read: Winter is coming: Pick the perfect coat for the cold 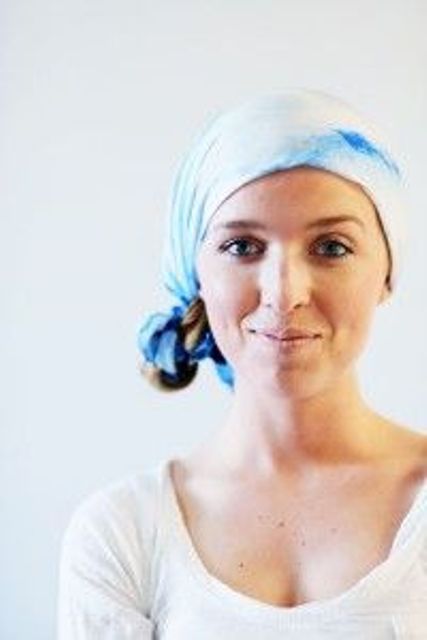 Using a loop scarf, hood it over. Bring its bottom to one of the side, slightly low on your neck. Now tightly twist its bottom. Now loop the twisted coil into a bun. Tuck the end in. 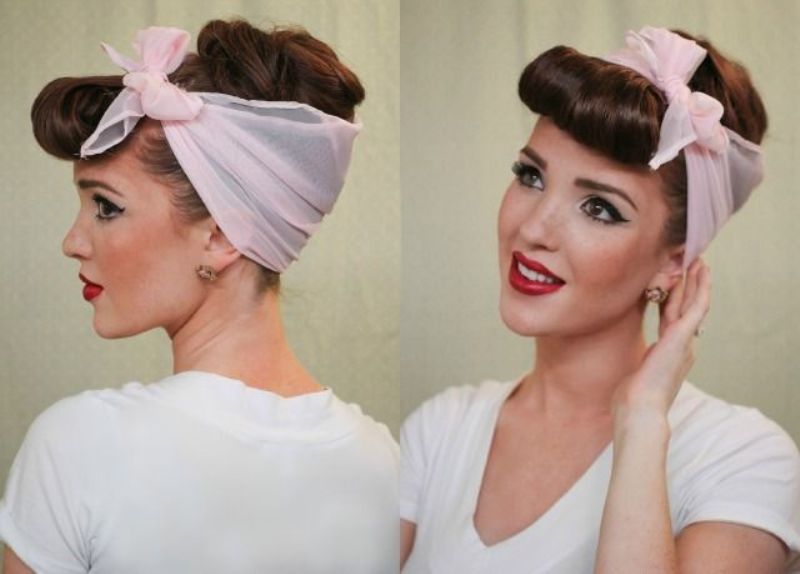 Fold a square scarf into a triangle. Place it on your neck. Tuck each of the sides over your ears. Bring the ends over your head. Now double knot each side. Faintly tuck these tips to fashion a puffy bow. 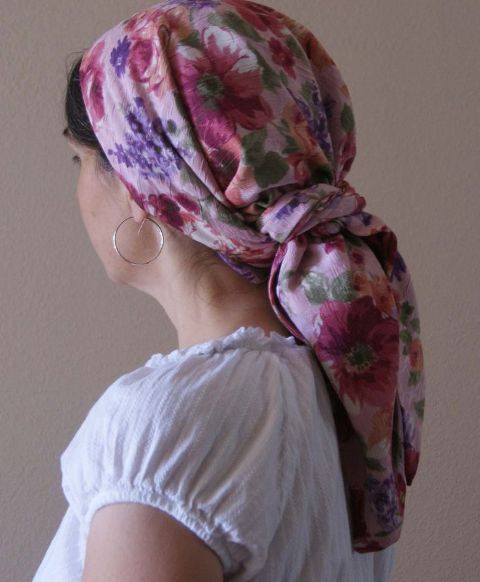 Using a rectangular scarf, bring its sides over your ears. Now make a low pony with it. Pull in half of this scarf, through a hair tie. Curl the hair tie. Pull in the two ends from over the hair tie so that it forms a bow at the nape of your neck. 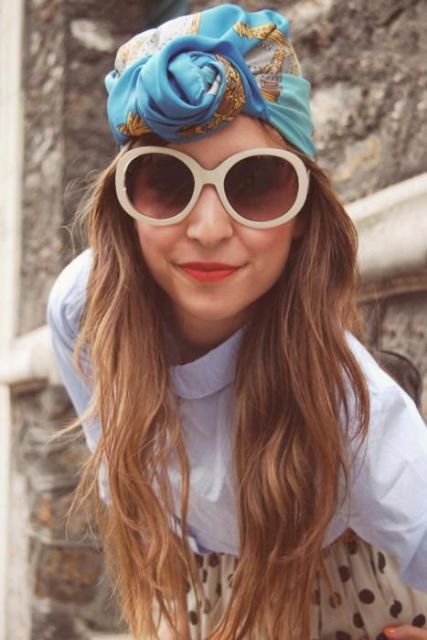 Place a long rectangle scarf on your forehead. Again make a low ponytail. Now tie a knot near your neck. Bringing each end in front of your forehead and criss-cross them on top of your crown.  Pull the sides back down. And tuck in the loose ends. 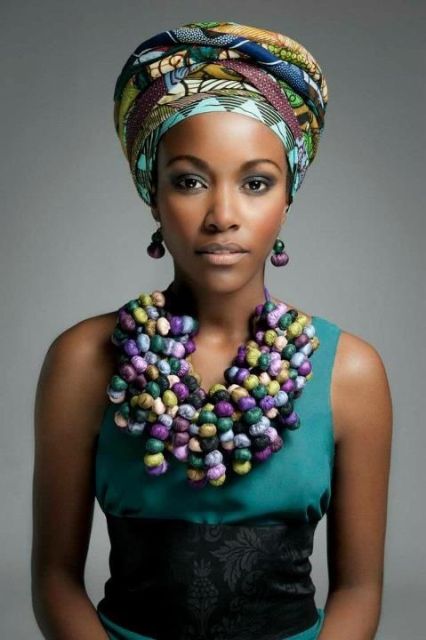 Hold your rectangular hair scarf parallel to the floor. Now centre it on your forehead and pull the bunch into a ponytail. After tying a knot at the nape tightly twist and curl one of the scarf’s sides. Bring this side over your head like a headband. Now tuck in its ends. Again tightly curl the other side, cross it over the first one and tuck its loose ends. 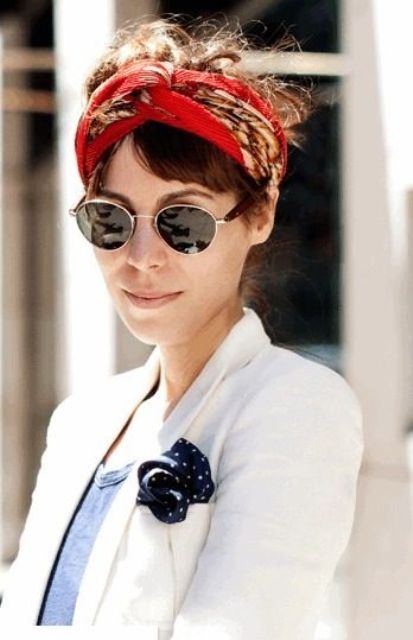 Bring that skinny scarf out of the closet! Bring its sides over your ears and tie a knot in the middle of your forehead. Now twist the side and guide it into a curl. Keep curling until you reach the end of the scarf. Tuck the loose ends at the back. Do the same with the other side but twist over the first one. Tuck in its ends too. 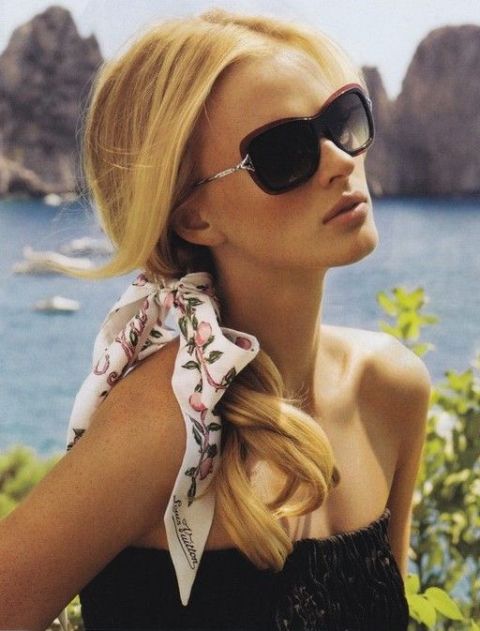 Form a pony with your rectangular scarf and tie a knot at the back of your neck. Now twist the sides and bring them at the top of your crown. Position the twists on top of one eye and then tie a knot. Now wrap the twists thrice around each other. Tuck them under the knot but let the loose ends fall free! 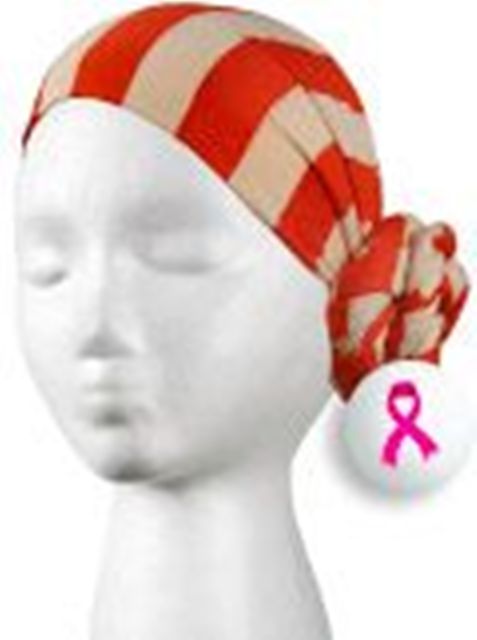 Hold your scarf parallel to the floor and tuck them over your ears. Now curl the sides tightly but only 1/4th the length of the scarf. Coil them into a bun until you reach the hair scarf’s end. Tuck the ends in! 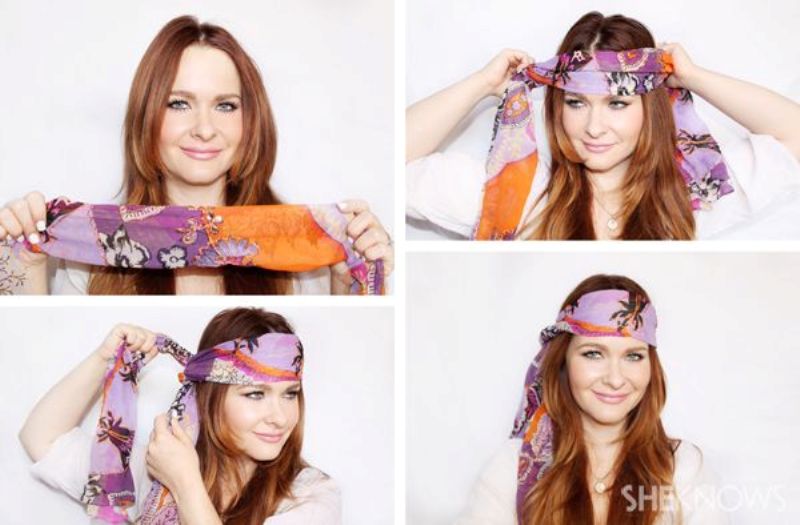 Fold the scarf lengthwise so that it’s about 3 inches wide. Now wrap it around your forehead. Then tie it to your back but not the side. We don’t want to risk a Karate kid look! 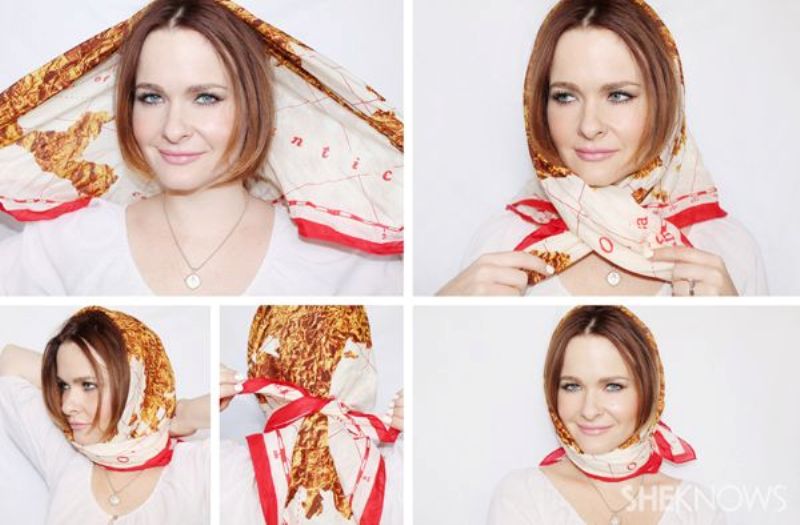 Our ‘once upon a time’ coming alive! Fold your scarf to form a triangle. Now wrap your head with it and tie a knot with the ends under your chin and pull them back to tie another knot at the nape of your neck!

Suggested read: Your guide to wearing a hat fashionably 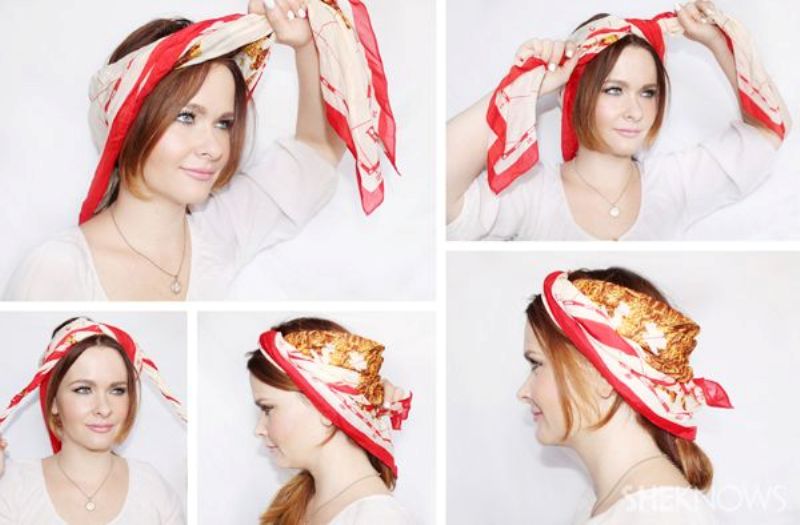 This is just the opposite of the above one. After you wrap your head with the scarf, tie it behind first and then under your chin. But before you tie it in the front curl the ends!

These different ways are so good that no one will realize you are just tying them up to hide your hair which magically turned into a monster after you woke up this morning! The world’s greatest cover-up, eh?! 😉

Article Name
12 Gorgeous Ways To Style The Hair Scarf
Author
Riya Roy
Description
For those in love with the hair scarf, spring is coming!