15 Super-Stylish Ways To Wear A Scarf

So living with them scarves for most of my life, I think I have some say on how to wear them! Here are the 15 ‘uncomplicated’ ways of tying the ‘knot’..uh uh scarf! 😉

First, loop your scarf around your neck. The first step of tying your laces? Yea, do that with your scarf. Now, taking one side of your scarf make a loop. Next, take longer sections of this scarf, wrap it at the front and then behind, beside your neck.

This is one of the variations of tying the scarf into a half bow.

Suggested read: 7 fashion tips that will make you look thinner

Wrap your scarf round your neck. Keep both the ends even. Now tie a simple bow with the scarf. Make sure your scarf is pretty long. 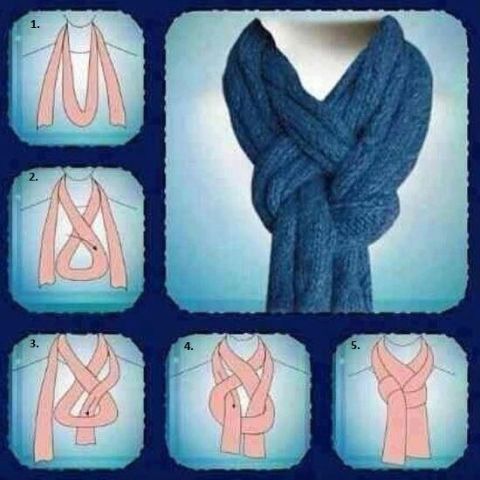 So you think this is difficult? Not after I tell you how to get it done! Just double up your scarf. Now wrap the thing around your neck. Taking one end of it, thread it from within the loop. Next rotate your loop and thread the other end through it. ☺

Put your scarf round your neck letting the ends hang at the back of your neck. Now wrap these ends bringing them to the front. Relax the section around your neck and tie the loose ends. Lastly, pull the loop in and hide this knot.

Fold your scarf and then cape it round behind your neck. Now slip in both the ends into this loop. 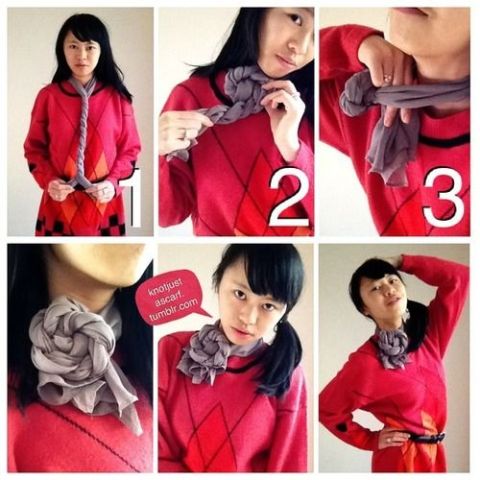 Wrap a skinny scarf round your neck and start twisting it up until it curls. Now wrap your scarf like this. Fold in the ends to complete the look.

For the French twist, fold your scarf in half. Now put it round your shoulders. Taking a loose end, pull it over and then under the loop. The second loose end will go under and then over this loop.

Fold your scarf lengthwise. Pick the ends diagonally and knot them together. Wear it like a necklace and twist and loop it once more! 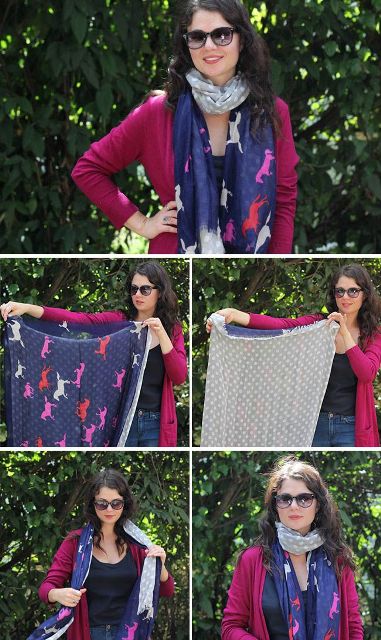 You are in a mood to wear two of your scarves and don’t have the heart to pick one over the other? We say, the more the merrier! Place them back to back and loop around your neck. Now turn one fabric such that you can see both sides. 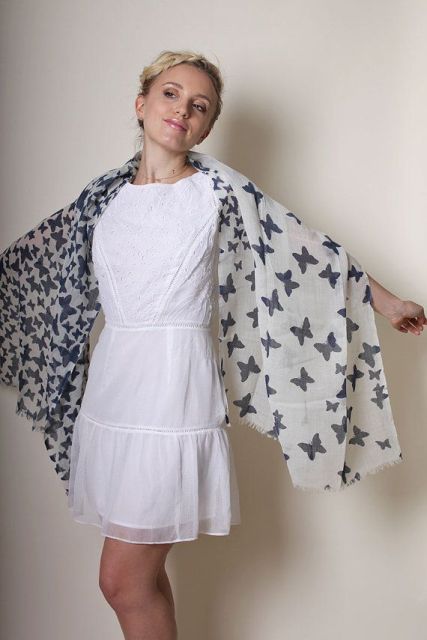 The simplest trick to twirl that scarf around your shoulders? Yea, do just that! 😉 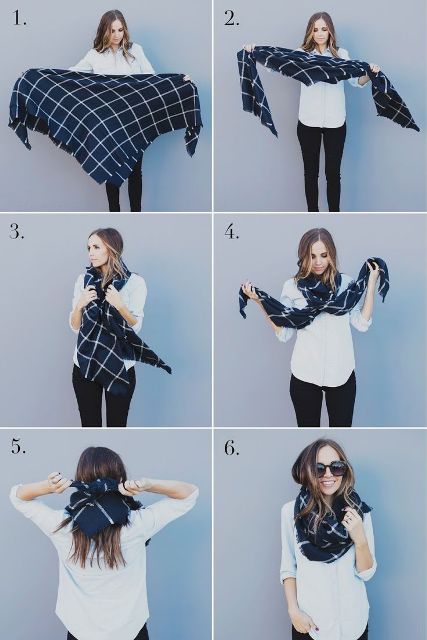 The blanket has to be looped around the neck twice. Now tie the ends into a half knot. Next, pucker them under your scarf loops. 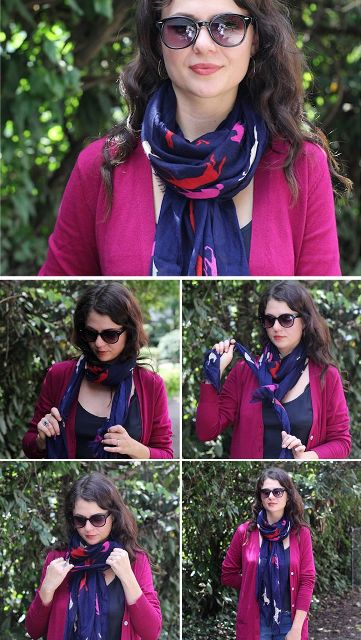 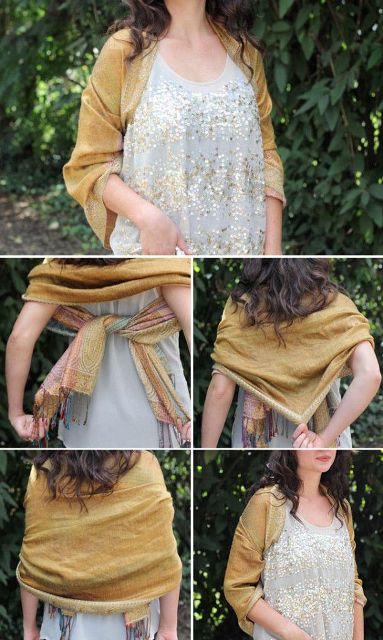 Wrap your scarf like a shawl and tie it in a half knot at the back. Now pull the fabric down so that you hide the knot. Looks like a cardigan, doesn’t it?!

Drape a scarf round the neck and put both the scarf ends through the loop.

Suggested read: Winter is coming: Pick the perfect coat for the cold

Finishing up with the basic so that you don’t forget the roots! 😉

Fold your scarf into half. Now place it on your neck so that the loose ends are in the front. Pull them through the loop.

That’s a ‘wrap’ from us. Hope pulling them off is easy breezy for you! ☺