12 Things To Be Thankful For This Thanksgiving

Yes, it is that time of the year again, when loads of bloggers (look who’s talking!) will spam you with their Thanksgiving merriment! So I made a list of things to be grateful for too! Before I run you through it, you must know that I am a nobody who finds humor in the weirdest of places and has the audacity to bring it to the table! Dig in at your own risk. Consider yourself sufficiently warned! 😛

Things to be thankful for, lemme see… GoT of course, and George R.R. Martin who said that we would love to be a wedding planner someday (like what?!). Game of Thrones taught us that ‘Everyone’s GoT a dark side!’ The other thing to be grateful for on GoT,

*Learning that having children from your husband is just too mainstream

*Cutting someone off can be more literal and fun

*The most passionate love story can start from a rape

*Always listen to your mother

Suggested read: 15 of the best Thanksgiving quotes to make your gratitude special

For other things to be thankful for, read on!

1. Thankful that I am not the Turkey!

Yes, this is one thing that I will be thankful for, throughout my life (and I hope million other lives to follow!), while grabbing the legs of the turkey ‘pardoned’ and chewing hard. Well, it is our tradition to gobble them down! And that tradition is in no way going to be modified just because of the mumbo-jumbo of some Animal Rights activists. Is turkey even an animal? It’s a bird, c’mon! It being a life is in no way going to stop me from shoving the bread crumbs up it’s rear!

The most chauvinistic, misogynistic, bigoted “jobs President” (candidate) ever created by God. Did he mean bjs? The better! Why I love him? I will let him talk for himself, as always!

“Look at that face! Would anyone vote for that? Can you imagine that, the face of our next president I mean, she’s a woman, and I’m not s’posedta say bad things, but really, folks, come on. Are we serious?” –Donald Trump on Republican presidential candidate Carly Fiorina

3. Thankful for the ISIS 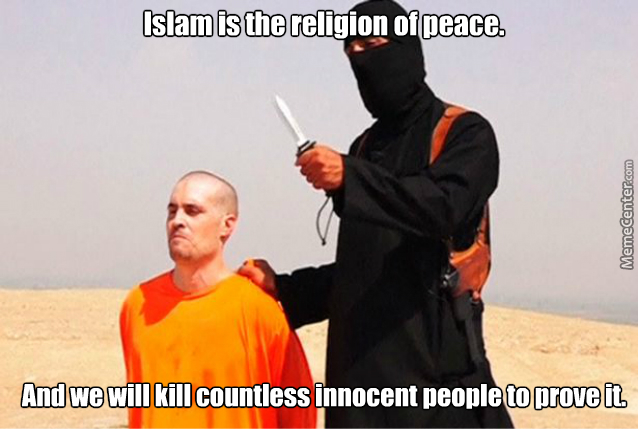 Islam is a religion that propagates peace and these guys will kill innocent millions to prove it! So isn’t that a good thing?!

And Bush be like, “Sorry folks, ‘bout the ISIS. Thank you, that you blamed the other guy!”

To which Trump be like, “If I become President, ISIS will become WASWAS!”

You know what’s the latest privilege you are ‘Allah-bound’ to get if you join the Islamic State’s army? A all-access free pass to rape all the women in the world. Women shall be provided! See, they are empowering women too by giving them a role to play. Kudos!

P.S.: Because of the Paris attacks where a hundred-something innocents were killed, my dreams of going to the city of love have been crushed to death (as the cupid now flies with broken wings). Thank you, ISIS, for saving my money!

4. Thankful for the planet getting ‘hotter’ 😉

I heard about Global warming. Karma is a bitch!

With hot people like us living in you, you got to get boiling, babe! No, we cannot listen to the scientists’ coz it is all bullshit, you know. Because of their false alarm, Roland Emmerich made a $200 million film on doomsday! But did anything happen? I had to sit for my finals anyway! Global warming is something like the Tooth Fairy, Santa Claus, or umm, the perfect boyfriend! It does not exist.

You know what we should concentrate on, turning the earth and the sun into ‘Soul-ar’ sisters. What about the future generation? YOLO, man! 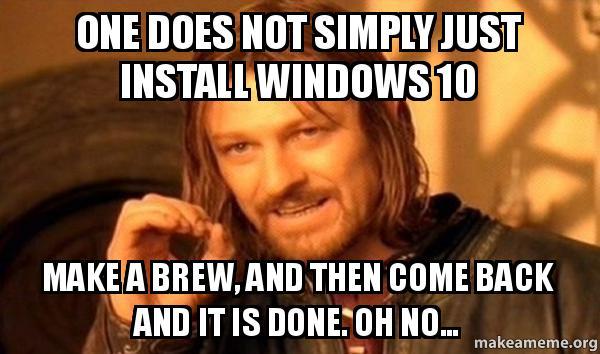 First of all, why is it called Windows 10? Coz Seven Eight Nine! Yeah, whatever! The fact that you have upgraded to Windows 10 too makes me like you, coz I admire people who live dangerously! Plus, if you tried downloading and installing (if you ever reach till there) using the Internet explorer browser, I would like to give you a standing ovation! Downloaded Windows 10 as it looked real good. Now I can neither play games nor update drives. While the ISIS is saving my money, Microsoft is saving my time. Now finally, I can get a life. Oh, wait! I need one for Candy Crush!

7. Thankful for heartbreaks or else the music industry would go broke

And Taylor Swift, of course. What would we do without ‘Tim McGraw’ or ‘Speak Now,’ but most importantly, ‘I Knew You Were Trouble’? Speaking of heartbreaks, the sensation Adele, would never ‘Set Fire to the Rain’ but roll ‘in the deep’. Masochistic of me to want this, but music cannot be sacrificed, dude. And it is just a boyfriend, not a lung! You should know that some people who marry their only boyfriend are actually very sad because they don’t get to listen to these heartbreak numbers! They don’t get to say “Hello… from the other side”! And when guys go through heartbreaks, they just ‘rap’ it up! Win-win for us listeners!

8. Thankful for Keeping Up With The Kardashians

‘Keeping Up With The Kardashians’ has always helped me work out my life goals (never marry a Kardashian!), but more importantly it has sorted my relationship with my siblings. And now, there is no sibling! Threw her out. I don’t know about global warming, but this show is a clear indication that the world is coming to an end! One valuable thing that I have learnt from Kim Kardashian is that to become popular, you need no talent whatsoever. A sex tape, that too with one B-Grade rap star, and tadaa! You are on TV minting millions! Lastly, the incredible Kim taught me that the word “Bitch” is an “honor”!

9. Thankful for the school shootings 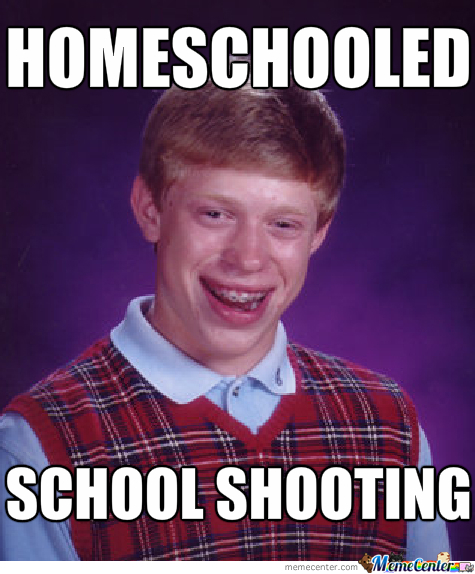 Shootings today are “a routine” and schools and colleges are the best places to pull that trigger, Mama! Don’t you think we now have enough reasons (or not) to home-school? 😉  Plus, no one’s gonna protest real hard and no one’s listening coz the shooters are all white! In the Joker’s words (put into his mouth): “Media blames virtual guns in video games for school shootings and no one bats an eye. Some weird kid actually shoots a real gun and everyone loses their minds!”

10. Thankful for the Greek economic crisis 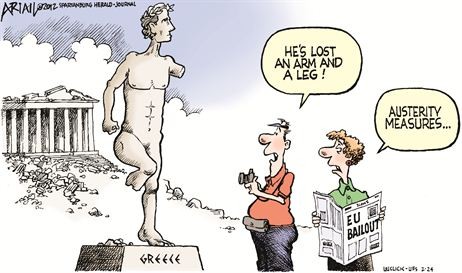 A country famous for its ruins now has turned its currency into one! And accepting help? No way (out?). Damn those countries, who are trying to lend us money to get us bailed out. We have every right to wallow in the economic crisis we have created for ourselves. While a Centaur is a half horse, a Minotaur is a half bull, a Satyr is a half goat; the Greece government is half baked! All I can say is,

11. Thankful that we have reached ‘Back to the Future’

We have already crossed October 21st 2015, the date that Michael J Fox traveled to in the movie ‘Back to the Future Part-2,’ and yes, it is nothing like what they said it would be! No cars flying around except in Rohit Shetty movies, I guess! 😉 Also, we have not still reached Jaws 19 and are stuck at 5! Thank God. But I don’t understand how they could miss out on mobile phones! Today, if you don’t have credit on your cell phone, babe, your social life is ruined! However, if you need to go to the restroom and you just have 10 percent charge, there is no one less fortunate than you on the planet, or on Mars (if anyone’s there)!

Suggested read: Why is Thanksgiving celebrated – past and present

12. Thankful for William Shatner singing in the next Star Trek Musical

Reportedly, the Captain Kirk actor has said that he would love to be a part of the 50th anniversary celebrations of Star ‘Wreck’! And yes, it could be a musical! God be merciful! He is angry that Paramount has not contacted him yet about a similar celebration that they are planning! William Shatner singing is disastrous, but an angry William Shatner singing… CACOPHONY! No wonder Spock’s already left us! “Don’t phase me, bro!”

If there are other things to be thankful for on your list, comment right away. What do we say to holding back? “Not today!” 😉