Love is a beautiful thing. When you are in love with someone, it feels like you’re living in a different world altogether. You want to do everything to make them happy, and sometimes you even go out of your way to do something for them. It’s a beautiful experience that everyone should have. When people are in love, it’s all about doing things together, giving the other importance, and putting in all the effort you can to make things work between the two of you.

And, love is definitely a lot of work. Getting into a relationship with someone is great, but putting the effort to make it last is what is more important. You have to make an effort every minute and every day. It’s not difficult, but it is hard work. It becomes a problem only when one of the people is making all the efforts, while the other person is just along for the ride. We often don’t realize it because we are in love, but if you’re the only one trying to make the relationship work, then you’re probably stuck in a one-sided relationship. They might tell you that they love you, but unfortunately, that is just not enough when it comes to relationships.

Suggested read: 8 unspoken rules in a relationship that no one told you about

You’re probably still in the relationship because of the familiarity and comfort that you both share. But there will be a time when you find yourself to be really lonely, even while you’re with your partner. It’s not a good feeling and definitely not the kind that you need to experience. If you feel even a little worried about you being in a one-sided relationship, here are signs that will help you figure it out.

Your partner is just way too comfortable with routines. If there is anything new that you’d want to try or change, it will leave them in a fit. They will fight it – every step of the way. You want to go out on a dinner date instead of just eating in like every other night? Well, good luck with that because there is just no way that they’ll budge. You’re thinking of trying something new in bed? Chances are that they’ll take it as an insult. There is just no way that you can change anything.

It’s just all on you. Not only are you the one who initiates all the communication, you’re also the one that plans every date and other activities that involve you both. Your partner couldn’t care any less. You have to remind them about that mutual friend’s party, the family dinner, and maybe even the anniversary date. If you want romance, you have to plan it and ask for it. It’s as simple as that.

3. You apologize for no reason

All the time! When you’re in a one-sided relationship, there is this need to be apologetic all the time. This is because you’re scared that you’ll say or do something wrong that might end up bringing on the doomsday of your relationship. It is also because your lover is an expert at guilt-tripping you and making you feel bad for things that you have no reason to worry about. Your partner should be responsible for comforting you instead of making you feel guilty for needing their support.

4. They keep you away from the important ones

They have all these important people in their life – their friends and family that they love. You’ve probably even met them or know them from before; but not anymore. Your partner makes special effort to keep you away from them. That’s a red flag, right there. When you’ve been together for a while, your partner should be encouraging you to meet them. You want all the important people in your life to get along. But if your partner doesn’t want that, then there is something wrong.

5. Social scenes are a disaster

There is always this need to justify their behavior/decisions to your friends and family. They either don’t show up for parties and dinner get-togethers for no important reason at all, or even if they do show up, they’re rude or sullen, or both. They don’t even try doing anything for your birthday or anniversary and are probably fighting over for the silliest reasons that they can find. You have to constantly find excuses for them and reassure everyone (and yourself) that everything is all right. Except that, maybe it isn’t.

6. Intimacy is a problem

These problems are even showing up in the bedroom. The kisses and cuddles just don’t feel the same anymore. You might still have sex, but it feels like one of those mundane things with no passion whatsoever. Hugs, holding hands, and other small gestures of affection are important in a relationship. When these start to fade, then you probably have your answer already.

7. You’re not a priority

They always have more important things to do. When they go out, they don’t invite you. If they want to stay in and chill, you don’t get an invite to that either. If you try to get together with their friends or mutual friends, they just reject the idea. They’d rather spend time alone with their friends and loved ones, without you present there. They want you out of that picture.

8. Your views are unimportant 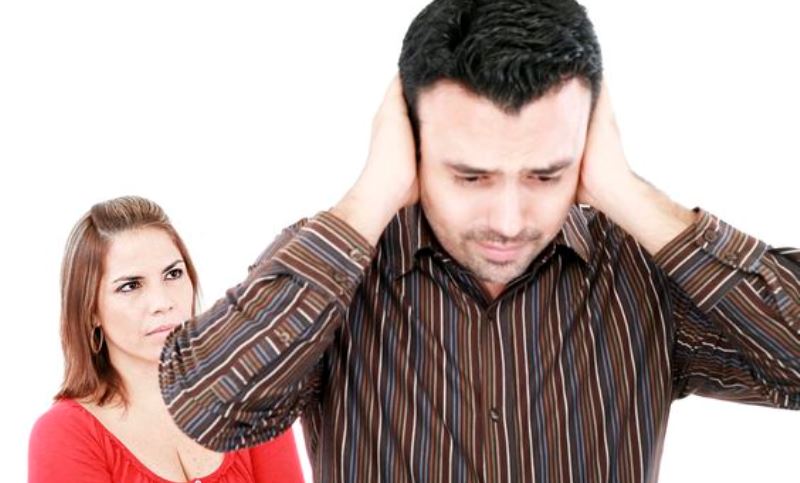 Usually, people in a relationship consider each other’s views before making a huge decision. But your partner obviously doesn’t do that. They change their job, make an investment, or plan a holiday without even running it by you. You don’t like something about them? Well, they couldn’t care less to make any effort to change it. In other words, they don’t care how you see things.

It is very evident that your relationship has a few problems that need to be fixed. Your relationship needs aren’t being met or there are just certain things that you need to discuss. But your partner just won’t bother. You both argue, yell and that’s about it. There’s never a solution to any of it. It’s simply because they don’t care enough to solve these problems.

You both might have planned a hundred times about getting a house together or going on an adventure vacation, but just nothing. You both talk about it and that’s all. It doesn’t have any indication of happening whatsoever. This is simply because your partner doesn’t think it is worth their time to plan and execute it.

When you’re in a relationship, it is normal to feel vulnerable because you share your deepest fears and desires with another person. You open up to them so that they can make you feel safe and loved when you’re at your worst. But in a one-sided relationship, you’re scared that your partner will use this vulnerability against you. This is definitely not healthy.

There is definitely plenty of broken trust. You will feel like there’s no way that you can depend on them. You want to or maybe even try trusting them, but they always let you down. Broken trust is a huge problem but if you both work on it, you can fix it. The only problem is that it’s only you who is willing to work on it.

There is an uneasy air between you both all the time. You might still be in a relationship, but it’s all just namesake. You both don’t spend quality time together nor do you have those happy moments that you had at one point in time. When you’ve grown so apart that each of your schedules doesn’t include the other, then it’s closing in towards the end.

It’s simply an emotion that you don’t feel anymore. You might love yourself, but if you’re unhappy and stressed out because of the relationship, then it’s time you let go. You’re trying too hard to make it work and probably just annoying them in the process. You might as well get away from such a relationship.

The bottom line that you need to realize is that they don’t care about your well-being or your happiness. If they did, they would show genuine interest in you and your life. But since you’re the only caring one in the relationship, the sooner you leave this behind, the better. It is something very difficult to do. Admitting it to be true is the hardest thing you’ll ever do.

But if you’re stuck in a one-sided relationship, you need to put an end to it. You have friends and family who actually care about you. You need them now, more than ever. If you call it off and your partner comes crawling back, it’s probably because they got too used to being pampered by you and not because they love you. Do yourself a favor and stay away from the toxic sources in your life. Simply because you deserve better than this.

Article Name
14 Definite Signs You're Stuck In A One-sided Relationship
Author
Deepika Singhania
Description
If you feel even a little worried about you being stuck in a one-sided relationship, here are signs that will help you figure it out.