We live in an age where being single is considered ‘cool.’ Hence, taking advice on how to date from romantic comedies playing on the television, most of which were made in the 90s and early 2000s, is not the best idea. What may appear cute on screen can seem awfully wrong in real life because first of all, everything and everyone is prettier in the movies. Secondly, people are now hardly pleased by cheesy, unoriginal acts. Move over, fairy tale endings; welcome, meaningful experiences and mind-blowing sex.

So what do romantic gestures for her entail today? Well, not these.

Suggested read: 12 common yet sweet romantic gestures sure to melt a girl’s heart

1. Getting wet in the rain for her.

Remember Ryan Gosling from The Notebook standing in a white shirt, drenched in the rain? Well, it’s unreasonable to ask anyone to imitate Ryan Gosling or suddenly become visually hotter. However, what would make sense is not to stand in the rain because chances are she’ll scoff at you and never turn up outside. Moreover, you might end up getting diagnosed with pneumonia.

A firm no can only mean NO. People like to stereotype concepts like women never say things they actually think. In this case, it’s extremely inaccurate. When we tell you we’re not interested, it’s time to back off. If you don’t stop bothering her, you will probably get yourself a restraining order or more. It’s bad enough for any person to reject another person. What they do not need is someone constantly trying to win them over. There is nothing more unattractive in a person than when they throw themselves at you. Expressing feelings and holding on to your dignity can be done simultaneously, thank you very much.

3. Buy her something pretty to win her affection.

There’s nothing wrong with buying someone something to make them feel nice. On the other hand, trying to bribe your way into a person’s adoration is a futile gimmick. It’s demeaning in a way similar to distracting a baby with something shiny. Plus, you may not know anything about her tastes and preferences, and that could backfire terribly.
It’s also a bad idea to buy her anything after a fight. The idea of buying women jewelry and making them happy even if they are mad at you is utter nonsense. Materialistic joy can only make us happy momentarily.

Public display of affection is something that should be discussed between two lovers. Holding hands or a sudden peck seem trivial and may or may not be talked about. What must be discussed is how they would react to a public declaration of love. Eagles, hot air balloons, song dedications on the radio, announcing your feelings on the television if you have access to it – all of these can wait. Be a better judge of character. Know what the woman in question likes and whether she is more of a discreet sort who would be highly embarrassed or if she would love clichéd, pompous romantic gestures for her. Otherwise, you just appear creepy and she will let you know her opinion on the matter publicly as well. Skywriting isn’t always positive.

Vagueness is confusing. What is more annoying is assuming on your own. Just because you have a certain interest in her that exceeds friendship or you have been sharing sexual relations exclusively, does not make her your girlfriend. Unless you’ve asked her to be your girlfriend and she has agreed, you don’t get to label a mere hanging out as a relationship. It makes you come off as conceited and forceful.

Considering you have expressed your interests in each other recently and only have been seeing each other for a few weeks, you are yet to know so much more about each other. Calling her ‘my girl’ or ‘my woman’ may have been romantic at some point but it isn’t anymore. It makes you appear rather pushy and clingy. Calling someone ‘yours’ establishes a certain amount of possessiveness and ownership. Guess what, you can’t own a person.

7. Being ‘romantic’ all the time to be like the men she admires.

In an era where love and feelings are expressed in the form of likes and shares, it’s essential not to overdo it. Optimize the number of compliments you pay her or you’ll become irritating. While chivalry is debated and argued over, it’s nice to be nice to each other. However, if they have two completely functional arms, they can carry their bags themselves. Cuddling might be fun but sleep is sleep and that cannot be compromised over. Some people need their own space to relax. If you’re going to smother them with your love, they’ll be tossing and turning all night, and unfortunately, even more cranky the next morning.

Don’t try to emulate what men do in the movies. The movies skip over all the prickly and unsightly details we face in real life. If you try to be smiling and perfect all the time, you won’t be yourself. Flaws and grouchiness humanize you and make you more endearing as a person.

8. Sharing your feelings too soon.

If you’re that kind of a person who likes hugging people and reinforcing positivity, that’s a different issue. However, it is not romantic to mention ‘love’ within a week or two getting together. It’s very important to know when and how much fondness has to be expressed and when to stop. Everyone likes special treatment and to be cared about but if you are thinking of bombarding her with emails and texts and compliments and affection, I suggest you hold on to them and confirm whether her feelings are keeping up with yours.

Being someone’s object of affection is flattering. However, a relationship cannot be based on flattery or pity. Romance involves interaction and interaction requires candor. “Honesty is the highest form of intimacy.” Being honest to the one you want to be with is essential. A mere exchange of opinions and accepted wisdom that you possess can be a very romantic gesture when you are yourself. There is a weird and wonderful strength in authenticity in a world full of gimmicks and illusions. Charm your love interest with what you have, not what you think they would like.

Opulence is what we believe in today. Consumption and indulgence has become the point of our existence as we all spend our lives chasing materialistic joy. A lot of beliefs have changed and what was considered as romantic earlier is dismissed as quixotic and creepy now. On the contrary, if there is one thing that has not changed at all, then that is the fact that love and romance never needed money to happen.

Romantic gestures for her aren’t always about the candlelight dinners at posh places or diamond rings or Saturday nights in the nightclubs or mahogany purses or whatever it is that rich people like. It’s the little things we do for each other, the silent observations that register in our minds and stay with us. The way his nose crinkles when he smiles, the way she keeps tucking the locks behind her ears, the way they like to sleep with one foot under the blanket and one over it, the way they write their gs and ys – these are the things that truly constitute a bond.

Romance is not the time you spent all your money and had fun on the cruise (although that would be awesome); romance is about the little storm that unfurls in the teacups you hold, over your cigarettes and your notions. It’s about the handwritten letters and tolerating each other every day in spite of the horrible weather. Romance is not the champagne that you sipped on at the beach, it’s the lemonade he made for you when you were incredibly weary and thirsty. Romance lies not in the grandeur that visits you from time to time, it’s in the inconsequentiality that surrounds you. 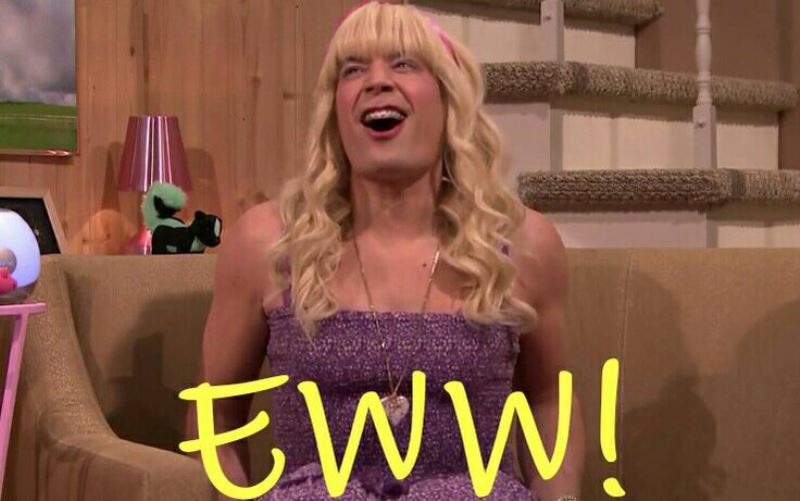 Article Name
8 Romantic Gestures For Her That She Will Most Definitely HATE
Author
Diksha Chakraborty
Description
So you're the sort who thrives on making grand romantic gestures for her, eh? Stay away from making these though - she'll definitely HATE these.