8 Types Of Sharma Aunties We All Have

Sharma Aunties are the collective term we use for all those non-related people in our lives who have such a long nose that they just cannot seem to help but stick it into other people’s businesses. We wish we could do away with the whole species but they seem to be fast growing in a milieu that seems to hold ever-so-more strongly onto diseased ideas like ‘engineering or medical,’ ‘married by 25’ and more! What- they call it culture!

Meet some of these specimens:

Suggested read: #WTF 10 most bizarre relationships from around the world

1. The one who shows off her son/daughter every chance she gets

If you have ever suffered from low self esteem, it’s probably because this type of Sharma Aunty kept reminding you that your existence is useless. She will back her argument up with repeated references to how her son is driving Audis in Dubai while her daughter is earning a 6 digit salary in San Francisco. And even if you pretend to not hear it under the sound of the video game that you are playing, she will surely lecture you on how IIM Ahmedabad was a life changing experience for her son, who is, at the moment, on a flight to America to have dinner with Barack Obama!

2. The one who only calls on the day of the results 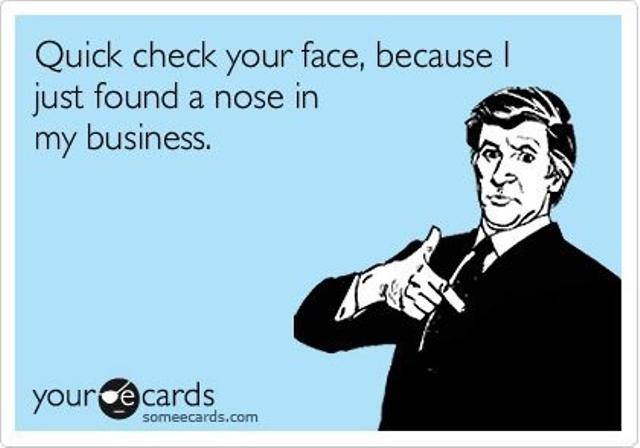 This kind of Sharma Aunty is the kind you don’t hear from throughout the year. When and if you win the Nobel Prize or even a Sit and Draw Competition, she will never bother to ask about you. But the one dreaded day of the year, you don’t want anyone else to contact you, the day of results, is when she decides to pick up her phone and call your mother. And she knows that you won’t pick up your phone because that is what happened the last time you failed your Maths test. She will also go on to narrate the marks of all the other poor souls who have had to face her dreaded questions, and then disappear promptly.

3. The one who always asks for a lift, even when she has a huge car

Sharma Aunty has enough money to order a fleet of limos, but just when you have to reach your girlfriend’s house, she will flag you down and ask you to drop her somewhere way off route. And all throughout the ride she will make you feel miserable about your life by talking about – you guessed it- her son, who has now become the CEO of some money-cra*ping enterprise. As your fuel indicator hangs near empty after she gets off, you decide to take the bus the next time.

4. The one who judges you for your hair and clothes 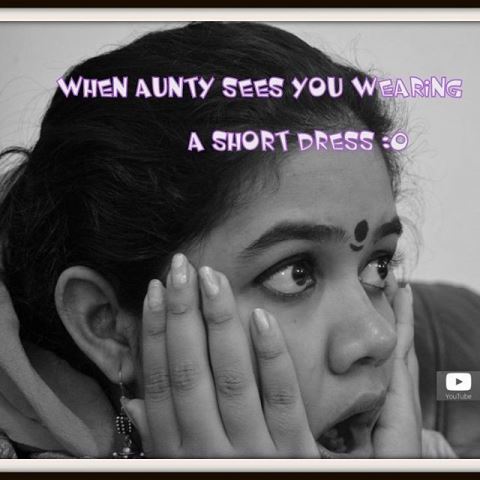 Judgment comes inherently with Sharma Aunty. And for her, unless you have a crew cut and a buttoned up shirt, you are in trouble. She will reprimand you for growing your hair long, for wearing slippers and for sitting without the proper posture. If you are a girl, then anything above knee length is simply scandalous. She is cursing you and hoping you end up being a miserable spinster. Actually, no, not even that- coz all her sympathies, then, extend to her parents!

5. The one who eternally advocates engineering and/or medicine

If you aren’t studying in an engineering/medical prep center by the time you are in class 6, she herself will bring the leaflets over. Her sole aim in life is to convince you to become an engineer or a doctor, and God forbid THAT fails- at least and MBA from somewhere. If you are a liberal arts student – then you’re a lost case. She will pity you and then ask you to try for the IAS examinations.

6. Is more interested in their neighbor’s marriage than her own 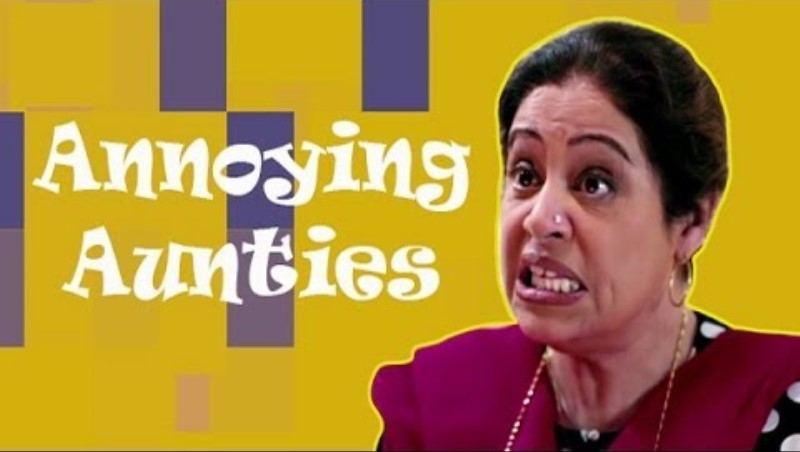 She knows the wedding customs by heart and has the caterer on her speed dial. She will take up all the responsibilities- from bitching about the bride and the groom’s family to stating how much dowry the groom’s family wants. Except that she is in no way associated to the family in question. She is, erm.. just, Sharma Aunty- the neighbor!

She will incessantly TRY to be young and fail. Whether she is trying to play badminton with the kids who do not want to play with her or dressing up like an oversized teenager who has just discovered makeup, this one type of Sharma Aunty (for a change) gives you the chance to laugh at her expense. Behind her back, of course!

Suggested read: 20 things you want to say to all phone addicts

8. The one who always wanted to be a therapist

She knows every single problem that every single person in the complex has ever faced and she wants to help them out with her (bad) advice. As usual, these informal ‘sessions’ usually end up into a bitching session about others. She takes up the responsibility of solving each problem but ends up creating many more.  That couple who got divorced last month? They started off by disagreeing on which color their bedroom walls be painted in. Guess who was a regular visitor at their flat! 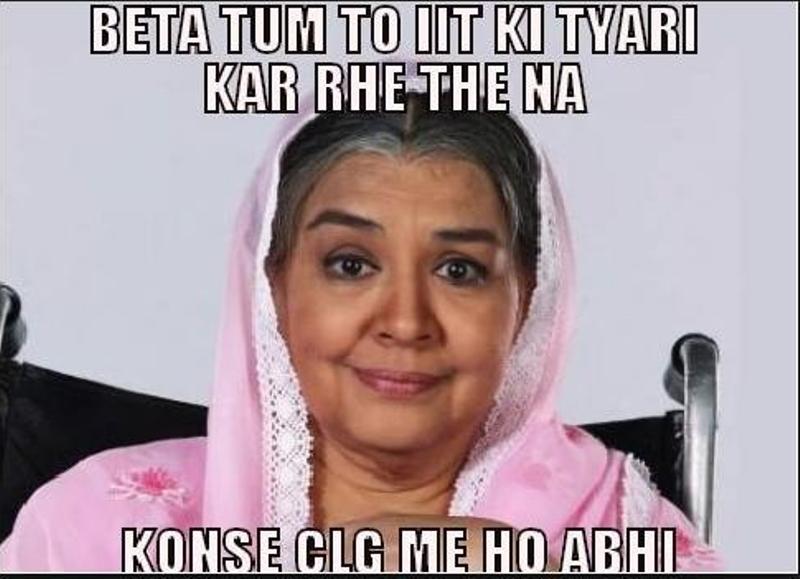