10 Most Bizarre Relationships From Around The World

Get ready to get some goosebumps folks, as soon-to-follow are some of the most weird (and creepy) relationships from all around the world. Ready?

1. Biological brother and sister – TOGETHER! 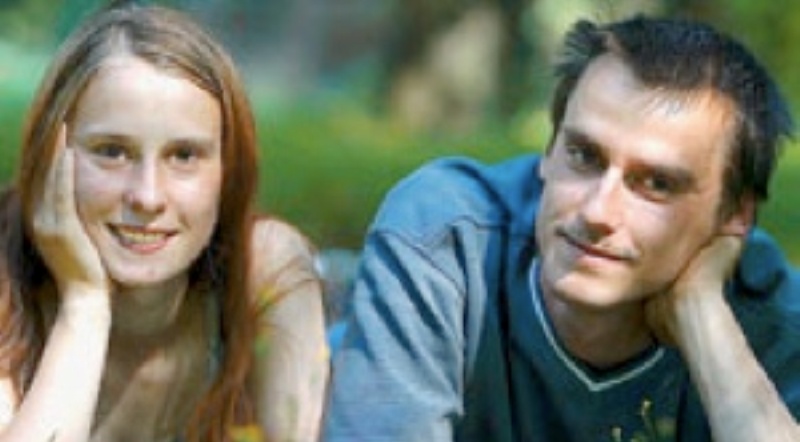 Patrick Stuebing and Susan Karolewski form Leipzig are biologically related, have been in a RELATIONSHIP since 2001, and have had four children as well. They were legally charged for incest and Patrick has even served a two-year sentence for the criminal offence. But you know what they say, if love is a crime, you are willing to do the time!

Eija-Riitta Berliner-Mauer, now over fifty, has been married to the Berlin Wall (yes- the wall) for over thirty years now. She fell for ‘him’ at the age of seven and started pursuing her crush ever since. Still a virgin amongst the people, she is said to have been diagnosed for a condition known as Objectum Sexuality. Okay then… 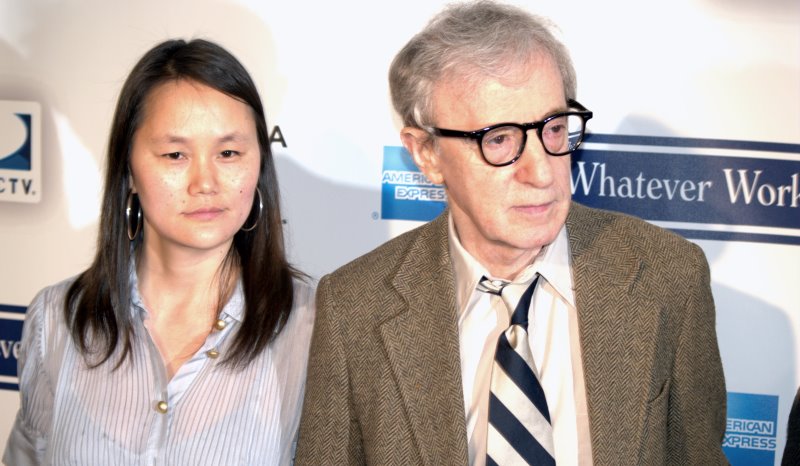 When Mia Farrow got married to Andre Previn, they adopted Soon-Yi, 8, but when Soon-Yi turned 10, Mia started an affair with Woody Allen. After twelve years, she found Allen and 22-year-old Soon-Yi’s naked photographs, proving the incestuous nature of their relationship and ended her relationship (brokenhearted, of course). Today Allen and Soon-Yi live with their two adopted children. WTF!

4. The long term relationship ride with a Volkswagen Beetle 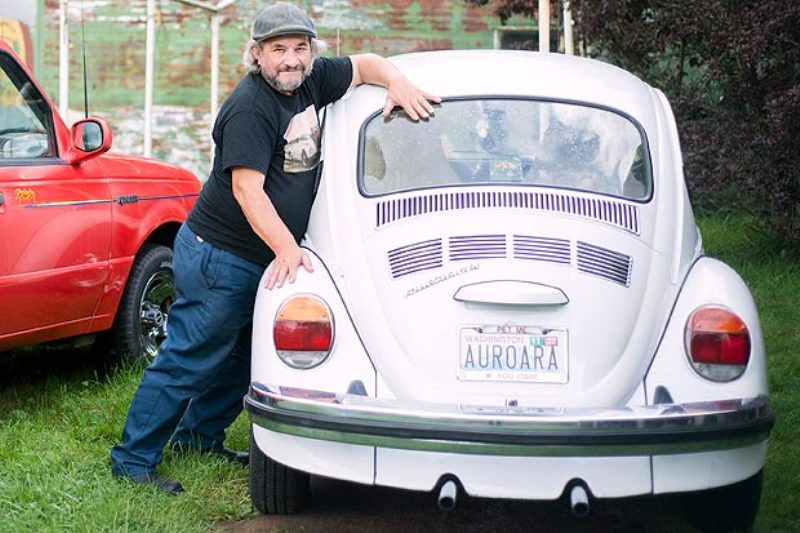 Currently in a relationship with his ‘girlfriend’, VANILLA (a Volkswagen Beetle), Edward Smith avers he’s perfectly fine and is simply attracted to vehicles instead of women. Over fifty-seven today, he’s made love to many of them (the helicopter from the Airwolf being his most intense sexual partner ever). Envious-much or mad-much?

5. Death couldn’t take away his love 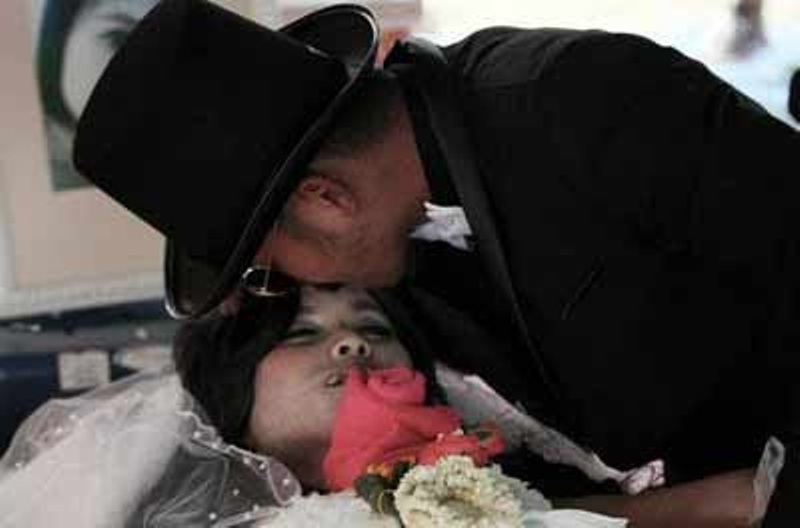 Chadil Deffy, a Thai guy, dated Sarinya Kamsook for a long period of ten years, but couldn’t muster the courage to pop the big question. Sadly, for him (and all of us now) she got killed in a road accident in 2012 and that’s when this guy decided to marry her. Breaks your heart, doesn’t it?

6. And again, Death couldn’t take away her love (either!) 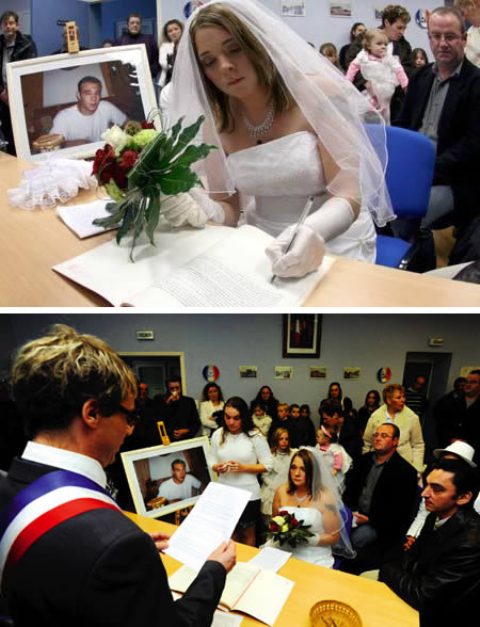 Johnathan George, Magali Jaskiewicz’s husband to-be, got killed in a motorcycle accident just two days before their wedding. The bride-to-be, unwilling to give up on her love, got into a posthumous marriage with the dead groom.And surprisingly, there’s a French civil code that even bestowed a legal blessing upon the lovers. Hah- law knows love!

7. And the Hi-Fi system gets married too (when will you? Ha!) 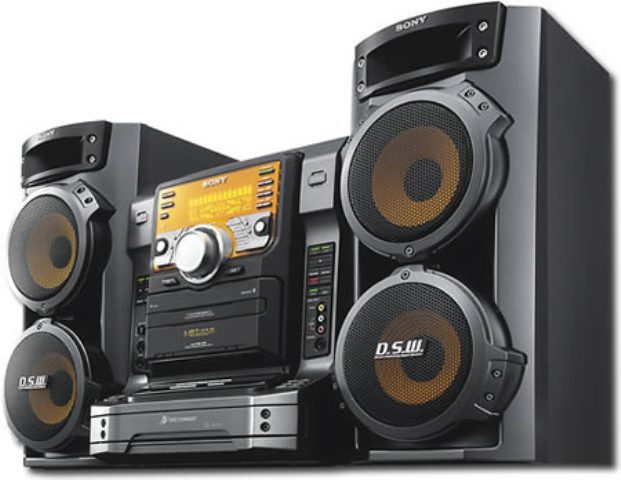 A member of British Objectum Sexual community, Emma (name changed) is diagnosed to have been suffering from a condition called Asperger’s syndrome, which has got her fixed upon hi-fis and radios. She is in a functioning relationship with a hi-fi system called Jake, makes love to ‘him’ twice a day and repairs ‘him’ with all her love. 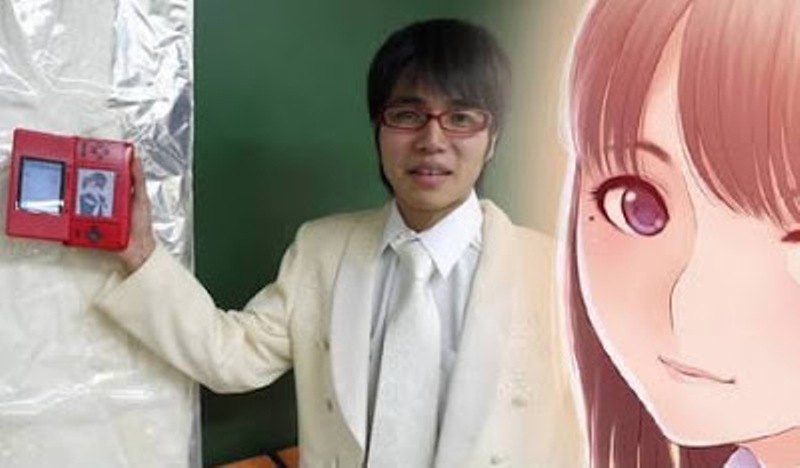 Popular as Sal9000, this Japanese man married a character of ‘Love Plus,’ the Nintendo DS video game, in a sweet legal ceremony in Guam. The name of the bride is Nene Anegasaki and currently lives with him in the Nintendo DSi LL/XL. A little sad, don’t you think?

9. And then a truck took off with ‘his’ bride 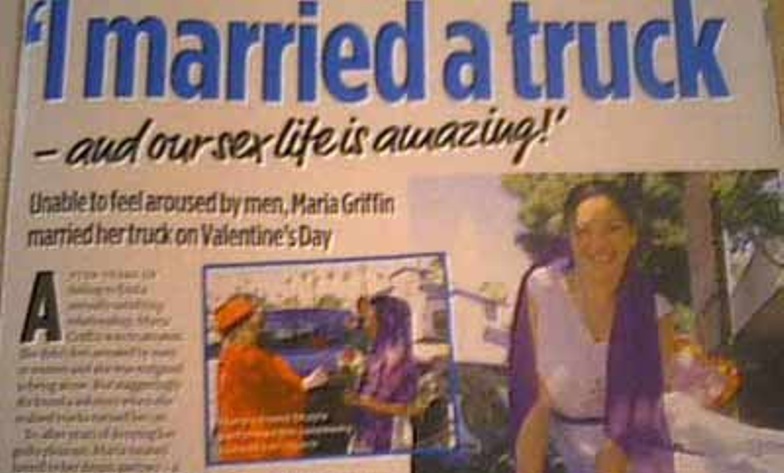 Unable to get her big O from the real men of the world, San Bernadino’s Maria Griffin realized that thinking of the Chrysler Building could give her a climax. Fond of Ford trucks in particular, she got married to one in a ceremony and even went to a campsite for the honeymoon!

10. Love from History: Nero and Sporus 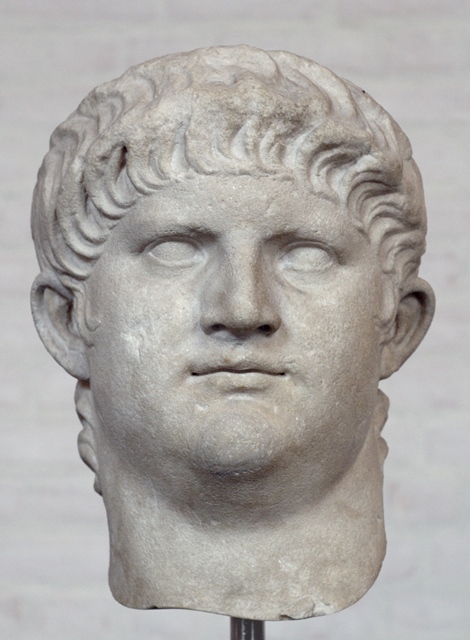 After falling in love with a boy named Sporus, Emperor Nero actually castrated him to try and make him a woman (yikes!). They got married as per the usual rituals of a wedding ceremony but lived as a wedded couple wherein Sporus was called upon to be Nero’s beloved wife!

How mysterious are the ways in which love functions (malfunctions?!)!

Article Name
#WTF 10 Most Bizarre Relationships From Around The World
Author
Sneha Fatehpuria
Description
Coz some relationships are WEIRD AF!