9 Famous Characters From Literature Everyone Loves… But Who Actually Suck

We all have been introduced to cult character from literature from a young age, either because of school, or through our love of reading. These famous characters from literature have been celebrated and lauded and critically analyzed and deemed irreplaceable from literature. Irreplaceable though they might be, the older, smarter, independent thinking me has realized, some of these character that people love to romanticize and faun over, actually suck. Big time.

Whether you are a lover of literature or not, you must have heard of these famous characters from literature, and the general adulation that people have for them. However, prepare to get your heart broken, because these characters are A-grade morons, and to be honest, I can’t begin to fathom how people could like them.

Even though most critics of the book love to hate on the female protagonist of the novel- Daisy Buchanan, few people are ready to admit how truly awful Jay Gatsby- the protagonist- truly is. Even though he was portrayed by the swoon-worthy Leo DiCaprio, the character is dependent, destructive and anything but a role model for love or anything else. He literally wastes his life because of his myopic vision of one fairy-like woman he had an affair with half a decade back and ruins the lives of several others in the process. WHY THOUGH.

Mr. Darcy is considered one of the greatest lovers in literature, showing generations of people who to love without even uttering the words, “I love you.” However, I have a feeling that most of the credit that Mr. Darcy is given, actually belongs to Colin Firth, who is undoubtedly one of the hottest men on earth and played the part to perfection.

Austen’s Darcy, however, is a righteous, entitled, snobbish, patriarchal brat (for lack of better word), and only after checking, and re-checking his position, his security and his convenience, does he admit to being in love with Elizabeth Bennet, who on the other hand is one of the most compelling characters to be ever written. Oh, did I mention that he was supremely classist as well, even considering the times? Well, yeah. He was classist.

At the risk of pissing off half the population, I am going to say it out right- Ron sucks and Hermione deserved better. Even though he is a great friend to Harry and he sticks with him through his trials and fights Voldemort and gives Harry a home and a family, he is still one selfish, arrogant, whiny child with sever anger management issues.

Things sort of get ridiculous in the last book when he wears the Horcrux and literally abandons them in the middle of their quest to destroy only the most evil wizard of all time who is terrorizing the world. Why, you ask? Because he doesn’t have his mum to take care of him and thinks Harry is an attention seeking celebrity. It really gets tiresome after a while.

4. Holden Caulfield, The Cather in the Rye

Holden Cailfield is hailed as a millennial hero, whose mind and actions is the most relatable piece of literature that has been produced in recent times. However, as compelling as his soliloquies and monologues are, is Caulfield really the most representative character of this generation? Despite navigating his way through his situation, he doesn’t miss one single chance to whine about it like a child, which sort of makes me feel glad that I don’t know him personally. You understand him, sympathize with him, and more so, empathize with his plight, but would you really want to hang out with him? I think not.

Suggested read: 10 Best Marriage Proposals In Literature To Get Inspired From

Heathcliff is character created by Emily Bronte. The woman wrote one book and blew the world away with her torrid love story between Heathcliff and Catherine, and they were hailed as the ultimate example of eternal love and what not. Heathcliff spends his entire life pining after Catherine who gets married and eventually dies and then she haunts him till he dies and then they haunt everyone together and everything is well and good, except Heathcliff is an absolute ass.

He is a a bully, he doesn’t care for the people who care for him, he doesn’t care for Catherine, her family, her personal space, her life, nothing really, except the perpetuation of his own obsessive love. He is constantly whining, or killing people, or scaring people, and being a difficult person in general (although Catherine is no less) and it’s difficult to understand why he is lauded as such a romantic hero.

Even though this vampire is 117 years old, he acts like a 13 year old IRL, and to be honest, if I was Bella, I would be screaming “Stalker alert!” at the top of my lungs whenever he came near me. Bella was completely content to leave him alone and lead her quiet and boring life, but he had to watch her sleep, smell her hair, stalk her, show off, kidnap her, seduce her and drink her blood, to get her to like him, and then LEFT HER. He kept sulking and moping around the place because he couldn’t make out with her and he is still considered the sexiest vampire alive. Sorry, but no. #TEAMJACOB

Honestly, I have never seen a more unnecessarily romanticized literary character. Since the last book came out, people have been overdoing the whole “Always” thing till kingdom come, but let me break it down for you here. Snape was a loser child who didn’t talk to anyone and because one girl was nice to him, he developed a crush on her. After that, she (she being Harry’s mom, Lily) moved on with her life, and like every other introvert child in high school, Snape got bullied.

Coincidentally, he was bullied by Lily’s boyfriend and future husband James and co. and Harry’s father. Because of that, the man made life hell for their CHILD, acted like a double agent, put them in mortal danger, acted like a petty, pouty child, and randomly became a hero in the last book. Wake up people, Snape was unfair and he bullied young children and got away with it, all because he could never get over Lily. The hero thing was a little overdone, don’t you think?

Everyone loves cute little Huck Finn for his forward thinking attitude and his sense of adventure, but if you have had the patience to read the book in reality, then you would know what a pest Huck Finn actually was. His murderous drunkard of a father dumped him with strange women and these strange women loved him, raised him, protected him even after the said father came back and attempted to kill him, and yet, Huck decided to prank them, practically kill them with anxiety and mock their beliefs. And this is only the first chapter of the novel.

Throughout, he plays pranks on his companion, who is a fugitive and a slave, attempting to make his way to his enslaved family. He is petulant, disobedient, and just plain and simply inconvenient, because for Huck, pranks > ACTUAL SURVIVAL. I would probably have left him in the river if he were my child, tbh.

Ayn Rand’s controversial novel about Objectivism makes little practical sense, but there is no denying that she creates some of the most beautiful characters in her vision of dystopia. While the protagonist- architect Howard Roark, is one of my favorite characters in literature, ever, his female counterpart- Dominique Francon is a pain in the neck, really. Even though she tries to come across as this cutting edge powerful woman, her diction and her actions when she tries to get Roark to submit to her sexually, reeks of frustration and a very anti-feminist narrative which makes me cringe every time I think about it.

These were some of the famous characters from literature everyone seems to hero-worship, but characters which actually suck when you come to think about it. Tell us which are the characters that you love to hate, or rather, hate to love, in the comments section below! 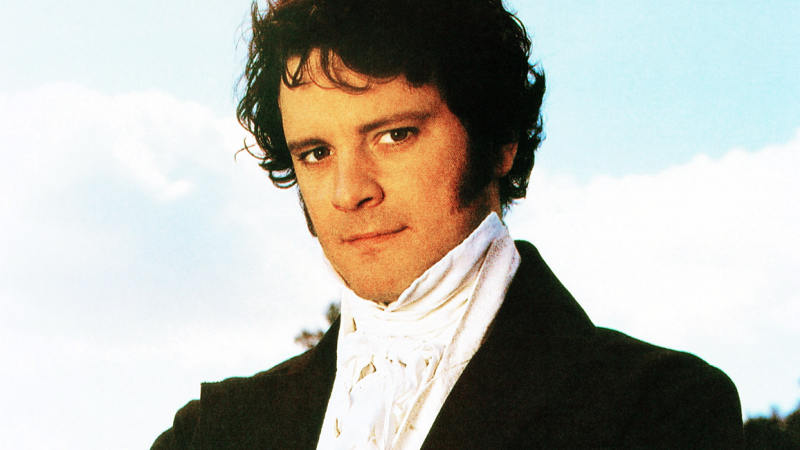 Article Name
9 Famous Characters From Literature Who Suck
Author
Aishani Laha
Description
Get ready to have your loved up delusions broken about some of the most famous characters from literature, loved by all, but who are actually quite annoying.