You’ve been dating your man for a while now. Are you happy with your man? When you fall in love, you can notice the butterflies, the rainbows, the breeze caressing your face, and everything around you turns picture perfect. You begin to believe in those fairy tales that you read while you were but a young kid. Your dream of being whisked off by your knight in shining armor seems close to reality.

More than the feeling of love itself, it’s finding the right partner that is more important. Of course, once that is done, your need to put in boat loads of effort to adhere to the commitment you’ve made, but it’s all definitely worth it in the end. This won’t matter if you’re dating the wrong guy. What’s the point of trying so hard to hold on to something if the person you want in your life is the wrong one?

You’ll have more misses than hits when trying to find the right man; the right man for you. The right man will come along, if you only have patience. Of course, you might have to kiss a few (read a lot) frogs on your way to find the one that turns into your Prince Charming. You hope that in the long list of frogs that you kiss along the way, you find the right one who can change your life – for the better.

Suggested read: 15 signs you have found your Prince Charming

However, the process of kissing frogs is the downside of dealing with a pile of poop left behind by each person. This pile of poop will give you a comprehensive list of red flags that you can use to know if you’re dating the wrong guy after all. Take a look at the list of red flags that will tell you definitively that you’re dating the wrong man – a man who is wrong for you, not wrong in the general sense of the word.

You both decide on a time and place to meet up, you get a cab to be there on time, because you value the time you both spend with each other. But when you reach the place, he’s nowhere in sight. You wait for him anxiously, ready to call the cavalry, thinking something must have happened to him. But in he saunters, so late, not to mention rude, because he doesn’t even apologize for it tardiness.

When you press him for the reason for making you wait so long to grace you with his presence, he has the most inane excuses and reasons. If he isn’t serious about you and doesn’t respect your time and effort in the relationship, then you know what to do. Of course, if he does this a few times, it’s okay. But if it’s the same thing every single time you plan to meet, then it’s not worth it. Walk away from him.

2. He makes you uncomfortable.

Looking at you like you’re the most beautiful woman in the world – is one thing. Staring at you like you’re a piece of meat to be devoured – not so much. In fact, just writing this is giving me the creeps. Ugh! Of course, he’s a man and he is going to check out your assets. But if his eyes on you make you want to take a shower and scrub yourself raw, then it’s your sixth sense telling you that you’d be better off leaving him behind – far, far behind, and moving on.

Even if the guy you’re dating is charming, courteous, and says and does all the right things, but his start gives you the creeps, then it’s probably best to ditch him like a hot potato and run. However good-looking and charming he might be, if he gives you the heeby-jeebies, skedaddle outta there quick! A man, a real man, knows how to respect a woman, irrespective of the fact that he’s dating. He won’t make her uncomfortable, or give her the creeps.

3. He doesn’t show interest in you.

So you fell for the brooding, bad boy. You thought his unsocial behavior was what drew you to him. After a while, you want him to be there for you, do things with you, share and experience life together as a couple. But he’s just not interested in it. He’s busy making broody eyes at the wall he’s probably staring at! Or worse, he might be drowning himself in his supposed sorrows at the bottom of a liquor bottle. Whatever it is, you deserve better than that.

A relationship is based on compromises, and both of you finding that common ground you both can live with. You have to meet each other halfway. If he’s unwilling to adapt and adjust even a little bit, and continues as his pigheaded self, then he probably needs to be shown the door. If all of the compromise is on your part, while he does anything and everything he wants to, without regard to you, then it’s time to move on.

Being nervous on the first date is acceptable. I mean, most people would be. It’s a nerve-racking experience to meet a new person, trying to figure out if you have chemistry, if you have enough things in common to take it past the first date, and so many other things that are running through your head. You see him fumbling with the pepper shaker, nervously adjusting his collar. You think it’s kinda cute.

However, if this nervous nelly demeanor continues past the first date, and he seems more nervous on each of your subsequent meetings, then he’s not a confident person. You can’t be with a person who shakes in his boots every time he sees you or have to interact with you. There may be women who like those kinds of men, but if you’re not one of them, then it’s best to say goodbye.

Suggested read: 20 telltale signs your boyfriend is perfectly imperfect for you

Conversations are how you build a rapport, and a relationship with someone, eventually. You need to be able to hold conversations with the person you’re dating. He needs to hold his own in a conversation, and bring different perspectives to it. If he can’t do that, or worse, doesn’t let you open your mouth at all, then it just won’t do.

Also, keep an eye out for these red flags when he does open his mouth: Does he drop swear words like they’re going out of business? Does he call you ‘chick,’ ‘babe,’ or other nicknames to address you? Is it too much to ask for a decent guy who treats you well, respects you as an individual, and can tickle your intellect? No, I don’t think so.

When you have something to say, does he listen to you? When you do something for him, does he acknowledge it? Does he respect your work, your interests, your passions, and you as an individual? The respect he has for you is visible in his words and actions. If they’re both contrary, then you need to take a step back from the relationship and really understand what’s going on.

Every girl loves a man who can make her laugh. There’s something sexy about a man who can see the lighter side of things and can take a joke in the right vein. However, what is not acceptable is a man who acts clownish. Or takes a roast to extreme lengths, that it becomes offensive. Nope, just nope.

8. He has terrible manners.

A man who is polite and respectful when required and one who knows when to stand his ground, is attractive. However, what is not attractive is a guy who doesn’t know his pleases and thank yous. Nor is the guy who has terrible table manners and is lacking in basic etiquette.

9. He makes your woman’s instinct to sit up and bleat a warning.

What do you feel in your gut about this guy? Would you be happy to see him again? Does the prospect of meeting him cause butterflies in your tummy to go into overdrive with excitement? Or do they make you want to puke with discomfort? Never discount what your gut is telling you. More often than not, your gut is right.

Suggested read: What is his kiss REALLY telling you?

Another thing that may happen is that he seems like a really good person, but there’s just one small thing missing – you just don’t feel that spark of attraction for him. On the other hand, you might be super attracted to him and he’s drop dead gorgeous. But the problem is, he has glaring red flags waving out at you. However much you want to date this guy, don’t. Stay away from him. He’s bad news; you’d only regret it later.

Sometimes when your brain is foggy with the initial rush of attraction, even the wrong guy seems perfect. But these pointers that you’re probably dating the wrong guy should help you steer clear of making a disastrous mistake. But you need to be able to spot the wrong guy, don’t you? 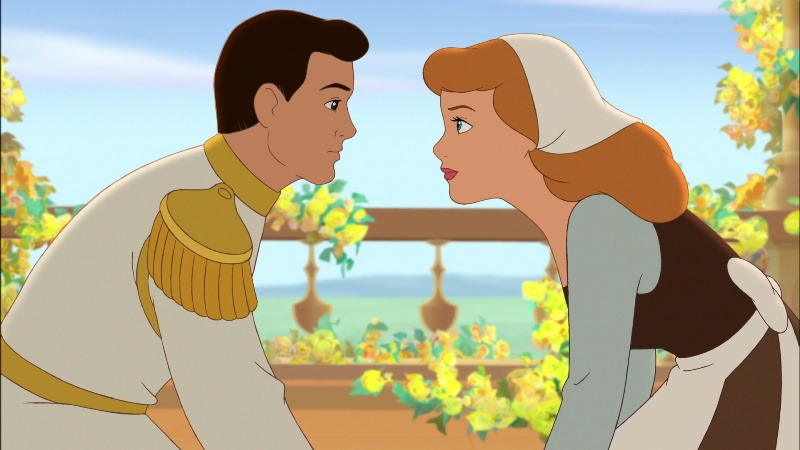 Article Name
9 Powerful Signs You're Dating The WRONG Guy
Author
Chaitra Ramalingegowda
Description
Is the man you're dating, the Prince Charming, or a creep of the next order? Know these signs that tell you that you're dating the WRONG guy!