The whole of Dunblane emerged to witness the Andy Murray and Kim Sears wedding on Saturday 11th April, as the happy couple emerged from the Dunblane Cathedral, sporting bright and beaming smiles all the way. While the grand slam and Olympic champion looked dapper on his big day in a traditional blue and green tartan kilt, the lovely bride dazzled one and all by donning a vintage-style gown by British designer Jenny Packham. 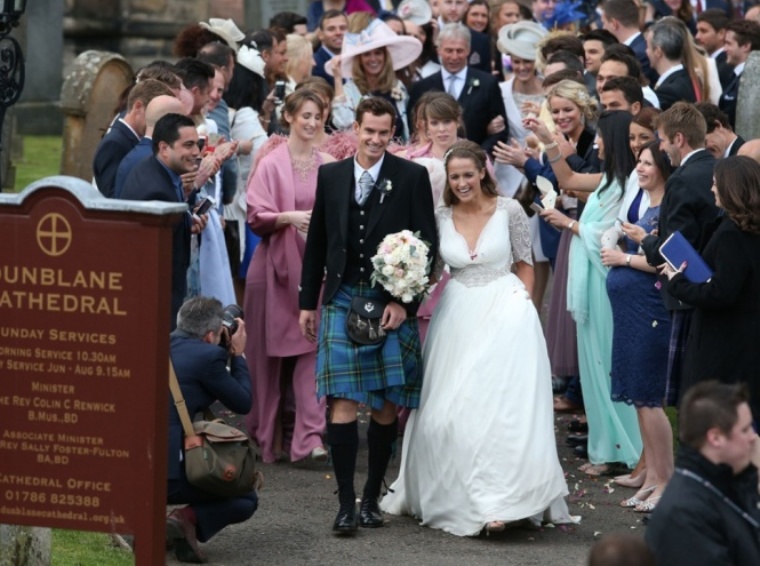 The wedding service lasted for an hour wherein the 200 guests sang hymns Praise, My Soul, The King of Heaven and Lord of All Hopefulness, Lord of all Joy. At the end of the ceremony, the choir reportedly sang Caledonia as a surprise for Murray. Caledonia by Amy MacDonald is one of his mother Judy’s favorite songs.

The service was conducted by the Rev Colin Renwick, who told the Mail on Sunday:

“It was an incredibly happy service – the main emotion was joy and love. The hymns were lovely, traditional and thoughtful. They were chosen especially by the couple. Kim was earlier than most brides. She was fashionably late you might say. Andy didn’t look at all nervous.” 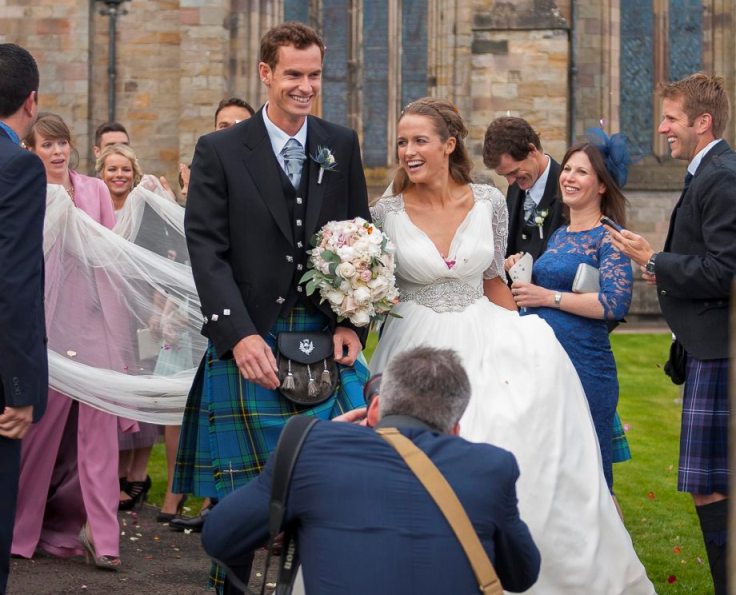 Andy Murray and Kim Sears emerge as Mr. and Mrs. Murray from the Dunblane Cathedral

After days of balmy temperatures, the heavens had opened up their floodgates to shower their own pretty confetti on the happy couple, as they emerged Mr. and Mrs. Murray, amidst cheers from an overwhelmed crowd. Although many averred that the wedding of the year was blighted by Scotland’s notorious weather, it was rather heartwarming to see the bride walk through with undeterred spirit and the brightest of smiles. The crowd too threw away their umbrellas to protect the happy bride’s billowing veil. In fact, the crowd was so moved to see their own hero get married that many teared up at the sight of the couple’s arrival.

“Absolutely fabulous to see them today, especially Andy coming back to his hometown,” said one lady in the crowd. “He’s a hero. He’s done something that all local boys would really strive to do. He’s a superstar,” added another.

Rev Colin too was delighted with the crowd’s love.

“The whole of Dunblane was thrilled. They are very proud of Andy and I think they have taken Kim to their hearts. They are equally proud of her,” he said, with a smile. 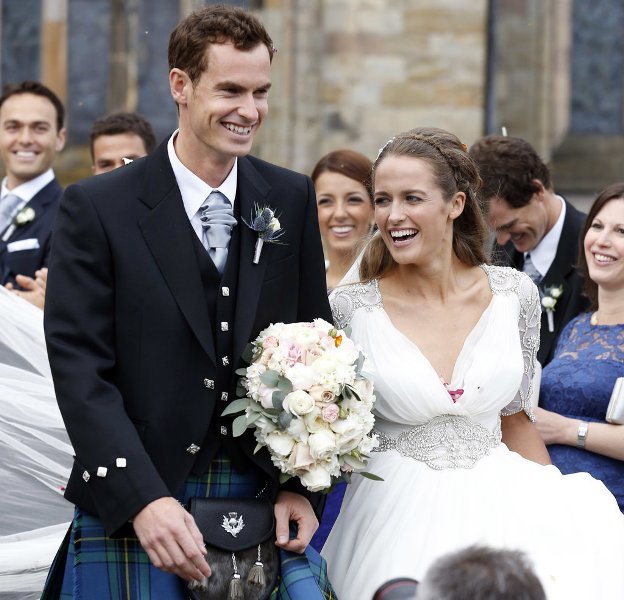 The couple’s families, on the other hand, were jubilant and expressed endless rounds of approbation for their decision to keep their ceremony an intimate one. Murray’s grandmother, Shirley Eskine, said that Andy Murray and Kim Sears wedding had been “fantastic” as she headed home from the tennis ace’s luxury Cromlix House hotel on Sunday. Our groom, on the other hand, when asked about how he felt about his marriage and being a married man, replied in his characteristic style, “Alright, Thanks.”

Suggested read: All you want to know about Andy Murray and Kim Sears wedding

And while the Wimbledon champion’s understatement might have been in sync with his characteristic style, his attempt to downplay the importance of his D-day was most definitively betrayed by the bright smile playing on his lips, matched in brilliance by the smile of the bride, who held on to his arm.

The couple are said to be taking a well-deserved ‘mini-moon’ for a week before Andy heads to Barcelona for training, ahead of the BMW Open in Munich, which starts on April 25. That will be followed by the Madrid Open, the Rome Masters, and the French Open before he returns to Court One at Wimbledon in a bid to reclaim the title. The newlyweds will take a proper honeymoon in the autumn. 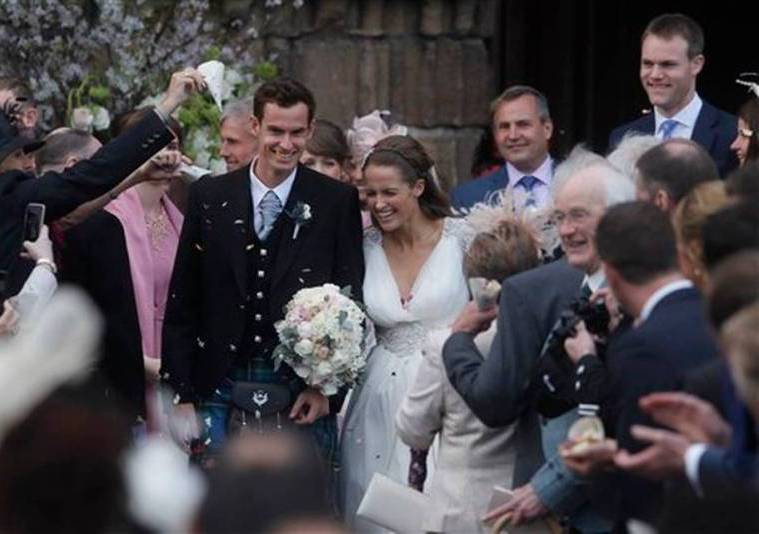 The couple has also turned down a seven-figure magazine deal for exclusive coverage of their wedding, as they did not want to publicly release any details about their nuptials and the subsequent celebration at Cromlix House Hotel.

While we are itching to know all about the Andy Murray and Kim Sears wedding, from the aisle that was dotted with 10-ft high bay trees decorated with glass baubles and candles or the couple’s first dance, we can only put off our anticipation until maybe Andy and Kim plan to release a nuptial video like JayZ and Beyonce (although hopefully on their first anniversary itself) and end on a note of cheer about this stunner couple, wedded in bliss!

We wish the newlyweds a lifetime of happiness!