A Melbourne-based musician, Daniel Buccheri, has redefined what it means to be a best man. What did he do, you ask? Well, he, the best man sang his speech at his brother’s wedding!

By delivering a musical best man speech for his brother Adrian and his new wife Sarah, Daniel has raised the bar for the best of best man speeches sky high. His ‘gift of song’ – an amazing medley of six popular songs, all rewritten and reshaped into what was a perfect rendition of the couple’s love for each other and the high regard in which Daniel holds them – packaged in a funny and melodious six-minute mashup – has not only taken the newlyweds and the wedding party by surprise but has gotten cyberspace to stream and re-stream the ‘wedding present’ over a million times. 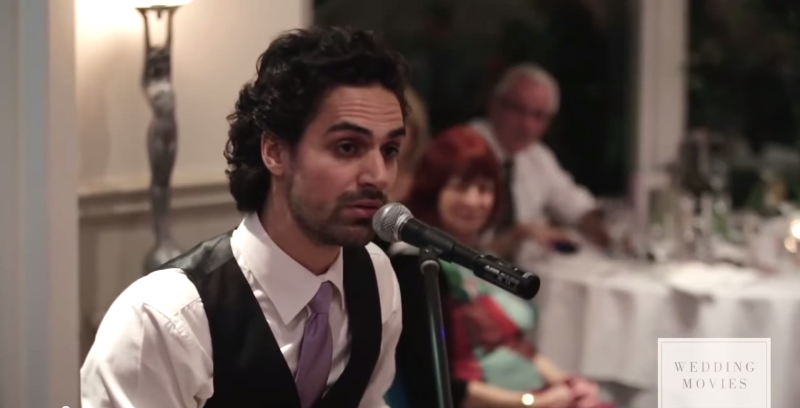 Suggested read: All you want to know about Andy Murray – Kim Sears wedding

Choosing to open and close with Sam Smith’s ‘Stay With Me,’ he chipped in re-lyricized versions of ‘Hey, Soul Sister’ by Train, ‘As Long As You Love Me’ by the Backstreet Boys, ‘Every Breath You Take’ by The Police, ‘Can You Feel The Love Tonight’ by Elton John, and ‘Ignition (Remix)’ by R. Kelly. His lyrics not only evinced his love for the couple but also retold classic stories shared among friends and dished out fun jokes about the couple. The whole musical saga had the couple entranced, smiling, chuckling, laughing (even falling all over) coupled with the inevitable tearing up as the emotions rode on high notes.

Buccheri told Mashable that he had managed to keep the speech a complete secret, despite the rehearsal dinner and had sneaked in the keyboard to the wedding venue well in advance. He also averred that he did not want to deliver a conventional ‘snooze fest’ of a speech for his brother and his newlywed wife, and therefore, came up with the idea of gifting them a novel musical treat.

“I really didn’t want to write a conventional speech, so I thought I would do what I do best as a muso and write a song,” Buccheri told Mashable. “I didn’t expect it to go viral. It was just something that came out and fell together like it did. It just had all the right elements.”

“I was so humbled to be my brother’s best man, so I decided to prepare a little surprise for him and his new wife on their wedding day,” Daniel wrote on Facebook, where the epic video has gathered more than 1.2 million views already and the clicks are still registering. 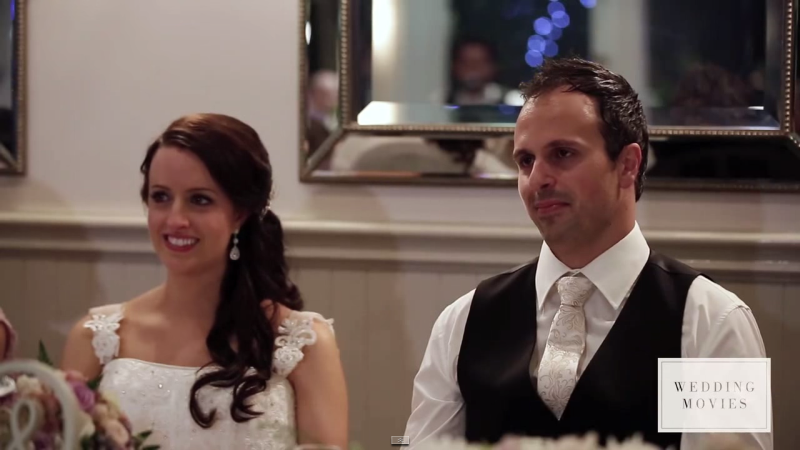 Sarah and Adrian, the newlyweds

When the view count reached 1 million, the musical-man was so humbled that he followed up with another honest and endearing edit to his post, as a befitting heart-to-heart response for the new friends whose heart-strings he has managed to strike a chord with.

“I’ve always said that all I want to do with my music is to make people feel something,” he wrote. “To know how many people worldwide have gotten emotional and been touched by this video is a feeling so deep in my heart. We live in such a negative world where we are continually forced to hold ourselves back from achieving greatness and if I can shine a light with the gift I’ve been given, then that’s what I’m going to do.”

And whilst his closing message to ‘spread the love’ was already evident when he sang “This is love, it’s clear to see. So won’t you raise your glasses with me? This is love, it’s clear to see. I wish you joy and happiness for eternity,” at Adrian’s wedding party, we just can’t help joining in and wishing the newlyweds a life full of melodious magic – their ‘happiness for eternity’ whilst we exhort the best men around the globe to up their game!