According to the Poetry Foundation,

Agha Shahid Ali was born in New Delhi, India in 1949. He grew up in Kashmir, the son of a distinguished and highly educated family in Srinagar. He attended the University of Kashmir, the University of Delhi and, upon arriving in the United States in 1975, Pennsylvania State University and the University of Arizona. Though a Kashmiri Muslim, Ali is best known in the U.S. and identified himself as an American poet writing in English. The recipient of numerous fellowships and awards and a finalist for the National Book Award, he taught at the University of Massachusetts-Amherst, Princeton College and in the MFA program at Warren Wilson College. At the time of his death in 2001, Ali was noted as a poet uniquely able to blend multiple ethnic influences and ideas in both traditional forms and elegant free-verse. His poetry reflects his Hindu, Muslim, and Western heritages. In Contemporary Poets, critic Bruce King remarked that Ali’s poetry swirls around insecurity and “obsessions [with]…memory, death, history, family ancestors, nostalgia for a past he never knew, dreams, Hindu ceremonies, friendships, and self-consciousness about being a poet.”

In today’s post, we will be looking at some of the most remarkable poems by Agha Shahid Ali.

You who will find the dark fossils of paisleys
one afternoon on the peaks of Zabarvan –
Trader from an ancient market of the future,
alibi of chronology, that vain
collaborator of time – won’t know that these
are her footprints from the day the world began.

(Oh see, it is still the day the world begins:
and the city rises, holding its remains,
its wooden beams already their own fire’s prophets.)

And you, now touching sky, deaf to her anklets
still echoing in the valley, deaf to men
fleeing from soldiers into dead-end lanes

(Look! Their feet bleed; they leave footprints on the street
which will give up its fabric, at dusk, a carpet) –
you have found-you’ll think- the first teardrop, gem
that was enticed for a mogul diadem
into design…

…three men are discussing, between
sips of tea, undiscovered routes on emerald
seas, ships with almonds, with shawls for Egypt.
It is dusk. The gauze is torn. A weaver kneels,
gathers falling threads. Soon he will stitch the air.

on the wall the dense ivy of executions
—ZBIGNIEW HERBERT

We shall meet again, in Srinagar,

by the gates of the Villa of Peace,

our hands blossoming into fists

till the soldiers return the keys

our last world, the first that vanished

in our absence from the broken city.

We’ll tear our shirts for tourniquets

and bind the open thorns, warm the ivy

into roses. Quick, by the pomegranate—

the bird will say—Humankind can bear

everything. No need to stop the ear

our gardener’s voice, the way we did

“It’s true, my death, at the mosque entrance,

in the massacre, when the Call to Prayer

“and dawn rushed into everyone’s eyes.”

open the back gate into the poplar groves,

with no names, like all new ones in the city?

again). “That bird is silent all winter.

Its voice returns in spring, a plaintive cry.

That’s when it saw the mountain falcon

then carry it, limp from the talons.”

Pluck the blood: My words will echo thus

at sunset, by the ivy, but to what purpose?

In the drawer of the cedar stand,

if he’d let them speed to death,

blacked out by Autumn’s Press Trust

holding it with love’s anonymous

scripts: “See how your world has cracked.

Why aren’t you here? Where are you? Come back.

Is history deaf there, across the oceans?”

Quick, the bird will say. And we’ll try

the keys, with the first one open the door

into the drawing room. Mirror after mirror,

textiled by dust, will blind us to our return

as we light oil lamps. The glass map of our country,

still on the wall, will tear us to lace—

We’ll go past our ancestors, up the staircase,

holding their wills against our hearts. Their wish

will say) that to which we belong, not like this—

to get news of our death after the world’s.

Suggested read: “You Didn’t Show Up, I Keep Waiting”: Richard Siken Poems To Heal Your Heart

Feel the patient’s heart
Pounding—oh please, this once—
—JAMES MERRILL

I’ll do what I must if I’m bold in real time.

A refugee, I’ll be paroled in real time.

The one you would choose: Were you led then by him?

What longing, O Yaar, is controlled in real time?

Each syllable sucked under waves of our earth—

The funeral love comes to hold in real time!

They left him alive so that he could be lonely—

The god of small things is not consoled in real time.

It’s hell in the city of gold in real time.

Salvation was bought but sin sold in real time.

And who is the terrorist, who the victim?

We’ll know if the country is polled in real time.

“Behind a door marked DANGER” are being unwound

the prayers my friend had enscrolled in real time.

The throat of the rearview and sliding down it

the Street of Farewell’s now unrolled in real time.

I heard the incessant dissolving of silk—

I felt my heart growing so old in real time.

Her heart must be ash where her body lies burned.

What hope lets your hands rake the cold in real time?

Now Friend, the Belovèd has stolen your words—

Read slowly: The plot will unfold in real time.

By dark the world is once again intact,

Or so the mirrors, wiped clean, try to reason. . .

This dream of water—what does it harbor?

I see Argentina and Paraguay

under a curfew of glass, their colors

keeping the entire hemisphere in view—

is titanium white. And always oceans

that hide in mirrors: when beveled edges

arrest tides or this world’s destinations

far behind. Once I went through a mirror—

from there too the world, so intact, resembled

only itself. When I returned I tore

the skin off the glass. The sea was unsealed

by dark, and I saw ships sink off the coast

of a wounded republic. Now from a blur

of tanks in Santiago, a white horse

in a jeep; they’re firing into the moon.

And as I keep driving in the desert,

someone is running to catch the last bus, men

hanging on to its sides. And he’s missed it.

He is running again; crescents of steel

fall from the sky. And here the rocks

are under fog, the cedars a temple,

Sedona carved by the wind into gods—

each shadow their worshiper. The siren

—from a hush of windows—blindfolded men

into a dream. I’m passing skeletal

Whoever deciphers these canyon walls

no harbor for his dream. And what else will

I see Peru without rain, Brazil

without forests—and here in Utah a dagger

of sunlight: it’s splitting—it’s the summer

solstice—the quartz center of a spiral.

Did the Anasazi know the darker

by the mirrored continent? The solstice,

but of winter? A beam stabs the window,

diamonds him, a funeral in his eyes.

In the lit stadium of Santiago,

this is the shortest day. He’s taken there.

Those about to die are looking at him,

his eyes the ledger of the disappeared.

What will the mirror try now? I’m driving,

its floors ice, its citizens so lovesick

is torn up. They demand the republic

give back, jeweled, their every reflection.

They dig till dawn but find only corpses.

He has returned to this dream for his bones.

The waters darken. The continent vanishes.

Nostalgic for Baba’s youth,
I make you return
his wasted generation:

I know you felt
it all: the ruined
boys echoed

through you,
switched their sorrow
on the radio:

the needle turned
to your legend.
you always came

with notes of madness,
the wireless
sucked your

them to a sleep
of Time
Counting the ruins

of decades,
the boys were left,
caressed

late,
you retreat with my sanity,
Death stuck in the throat!

That is all we have on today’s post on the best poems by Agha Shahid Ali. Did you like what you just read? Let us know in the comment section below. 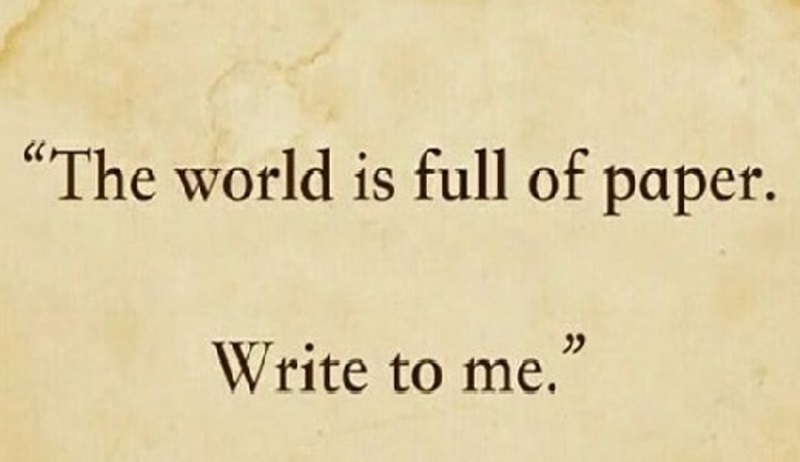 Article Name
Best Poems By Agha Shahid Ali: Remembering Kashmir's Beloved Poet On His Death Anniversary
Author
Riya Roy
Description
In today's post, we will be looking at some of the most remarkable poems by Agha Shahid Ali.