2017 Best Dressed Celebs And What They Wore

2017 was, without a shadow of a doubt the most stylish year we have lived so far; and when we speak of style, our celebs ace the game like no one else. In today’s post on 2017 Best Dressed Celebs And What They Wore, we will tell you about 7 personalities whose fashion sense stunned us the most. We will also give you their bite on the dress they donned that got them to this list!

Suggested read: The Best Red Carpet Looks Of 2017 So Far

2017 Best Dressed Celebs And What They Wore

In Alexandre Vauthier, the 46-year-old dazzled the crowd and reclaimed her throne as a fashion icon. In 2017, we saw the actress up her game, by walking various red carpets in the most stunning outfits, designed by some of the greatest designers in the world.

Pinkett has always believed in collaborating with, old and new, which gives so much life to every style statement she makes.

Here’s what the icon told Fashion Bomb Daily about her style,

“Eclectic. Glam. And rugged and rock and roll. I like it when I can mix the two. I love contrast in fashion. I’m always looking for contrast of some kind.”

The next star who set the fashion scene on fire is Rihanna. In Giambattista Valli, the 29-year-old, took some serious risks, but emerged slaying the look.

Speaking about her style, Rihanna told Vanity Fair that her biggest fashion risk was when she wore the sheer Adam Selman gown in 2015 for the CFDA Awards. She said,

“I wanted to wear something that looked like it was floating on me. But after that, I thought, O.K., we can’t do this again for a while. No nipples, no sexy shit, or it’s going to be like a gimmick. That night was like a last hurrah; I decided to take a little break from that and wear clothes.”

At 33, Mandy Moore gave the fashion police an opportunity to nod appreciatively when she downed Naeem Khan for the red carpet. She looked effortless in a girl-next-door avatar.

Moore spoke to PEOPLE, and told them about her fashion journey so far. Speaking of the evolution she said,

“I’m at a time in my life where I feel more comfortable to be bolder and to try things I wouldn’t have tried when I was a young twenty-something. I’m more carefree, and I have more fun with the whole process.”

In Ralph Lauren Collection, Priyanka Chopra lighted up the red carpet in 2017. Fashion comes easy to Chopra who rose to stardom when she won the Miss World in 2000.

“I’m not someone who tries to break the Internet with what I’m wearing. I need to feel my best, and I decide on my clothes based on that. You can’t overthink it.”

Dunst told Vogue that her style is all about comfort. She said,

“I like a cute, easy dress when I’m not working. I find jeans less comfortable than dresses to be honest — because everyone wears such tight jeans these days! I like putting together a nice outfit, but mostly I like comfort. It depends on my mood.”

The 40-year-old actress, Jessica Chastain stands for vintage Hollywood glamor with a tinge of the modern idea of sexy. Here’s what she has to say about her style to PEOPLE,

“I’m not trying to achieve anything [by taking a risk]. I think society tries to make a contest out of everything. There’s no contest. Rather, if I’m wearing something that I feel beautiful in, that’s all I care about, especially if it’s by a designer that I love.”

We love Nicole Kidman! The 50-year-old diva has been a fashion icon for so many decades now, and to be honest, no one can do high fashion like this woman. She is fearless, absolutely comfortable in her skin, all of which reflects in her fashion. With the magical touch of stylist Julia von Boehm, Nicole Kidman has sported color palettes and styles that most others would not even dare to imagine, let alone attempt.

“Fashion has such a power. I’ve always loved fashion. I love embracing it and it’s rare that you get to really dress up. Trust me, I don’t dress up at home. So when there’s a chance to dress up like at Cannes, I embrace it. I love doing it and it’s fun.”

That is all we have on today’s post on the 2017 best dressed Celebs and what they wore. Did we miss out on any of your favorites? If yes, then do mention them in the comment section, and also tell us why, according to you, they deserved to be in this list. For other 2017 reviews stay glued to this space! 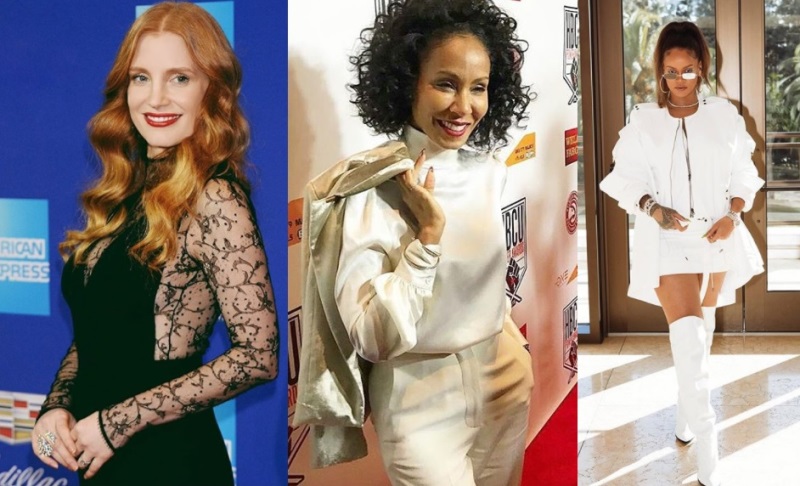