Right now, the world of online dating apps is mostly dominated by Tinder, with challenges being thrown at it in the form of new apps like The Catch, Siren, LUXY, etc., coming up almost every week. And not too long ago, the CEO Sean Rad, was given the boot by the parent company after a wave of bad publicity, starting with a sexual harassment suit being filed by former vice president of marketing, Whitney Wolfe.

And now, Wolfe is back with a bang, with a dating app to rival Tinder. Apparently, Wolfe has teamed up with former Tinder employees Chris Gulczynski and Sarah Mick, to create a brand new dating app called Bumble. 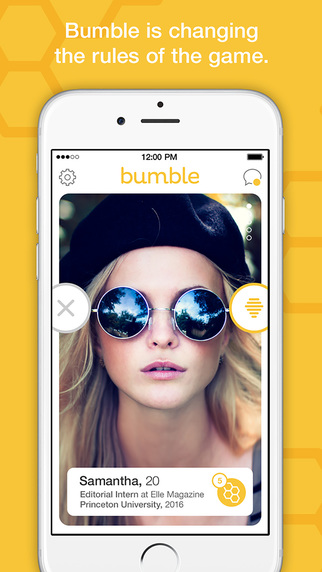 The app, which is set to be launched on December 1st, is more or less like Tinder, but with slight differences. The similarity is that even Bumble requires its users to login via Facebook, and it is the main source to connect users to potential matches. Another likeness to Tinder is that Bumble’s cards and its design look very similar to Tinder, with the user’s profile picture populating most of the screen, with their job and age visible in the bottom half of it.

Suggested read: High There dating app connects you with other pot users!

As for the differences between the two apps, there is a handful. Instead of Tinder’s ‘swipe-left’ or ‘swipe-right’, the Bumble lets users give either a thumbs-up or thumbs-down to a suggested match. And unlike Tinder, Bumble needs its users to cough up more information than just a glamorous profile picture. For example, a user needs to include information such as occupation, age, and details of education. 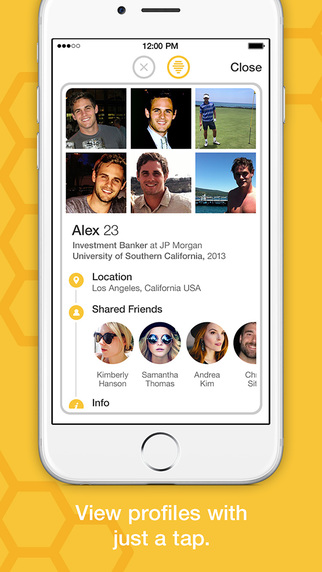 According to the Facebook page dedicated to the Bumble app,

“Bumble is an exciting, new place to meet people. It’s everything you’ve always wanted from a social discovery app with none of the things you don’t. Bumble suggests matches based on more relevant signals than other apps. So stop wasting time finding tons of dead end matches on other apps and switch to Bumble!”

Hmmm. This whole promotional blurb reads like a subtle dig at Tinder, doesn’t it. 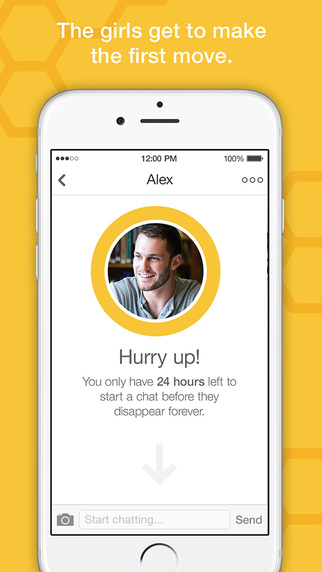 Anyway, Bumble is claiming to be safer than the rest of the apps in that conversations between matches can only be initiated by women within 24 hours of both users giving a thumbs-up. Apparently, early users have complained about this feature in the App Store’s reviews. According to Bumble, this feature is in place so that the prevalence of ‘creepy guys’ and ‘cheesy pickup lines’ can be reduced, and to make interactions between users safer.

The site dedicated to the app still says the app is ‘coming soon,’ while it is live in Apple’s App Store. And there is no word of an Android version as of yet.

Among the apps that have tried to take on Tinder and survive, Bumble has a fair chance, because its origins are linked irretrievably with Tinder itself. Good luck to the team of Bumble! We just hope that it doesn’t bumble along its way to success.

Article Name
Bumble App Being Hailed as 'Feminist Tinder'
Author
Chaitra Ramalingegowda
Description
Bumble app, the newest offering from the former employees of Tinder, promises to keep it safe and clean for the users. Read the whole scoop here.