As has been the case in any patriarchal society, Iran has blamed the victim of an alleged sexual assault, and has proceeded with her execution this past Saturday. Reyhaneh Jabbari, 26, was arrested in 2007 for the murder of Morteza Abdolali Sarbandi, a former employee of Iran’s Ministry of Intelligence. 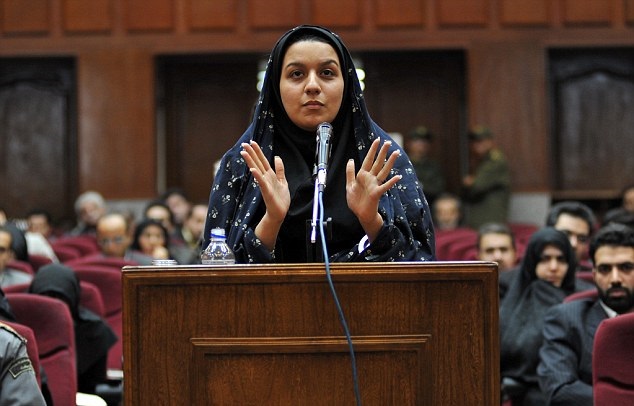 Reyhaneh was an interior designer, who, according to a UN human rights monitor had killed Sarbandi in an act of self-defence after he tried to sexually assault her. Sarbandi, after hiring her to redesign his office, took her to an apartment, where he tried to sexually abuse her. Reyhaneh stabbed him in the back once, and insisted that there was another man who actually killed Sarbandi.

Following her arrest in 2007, Reyhaneh had been placed in solitary confinement for two months, without even access to a lawyer or her family. She was sentenced to death by a criminal court in Tehran in 2009.

Amnesty International said her trial was deeply flawed, and that her confession was coerced under threats to her family. Iranian actors and other prominent figures had appealed for a stay of execution, with similar calls from the West. Efforts for clemency had intensified in recent weeks, with a Facebook page set up to campaign for the same. The Facebook page now simply reads: “Rest in peace.” 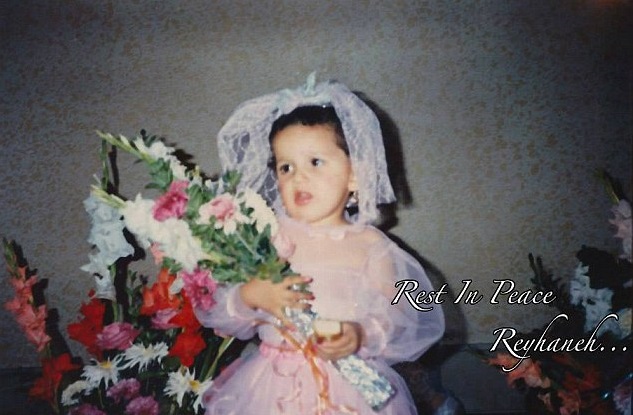 Reyhaneh Jabbari when she was a kid

Amnesty’s Deputy Director for the Middle East and North Africa Programme, Hassiba Hadj Sahraoui, said, “The shocking news that Reyhaneh Jabbari has been executed is deeply disappointing in the extreme. This is another bloody stain on Iran’s human rights record. Tragically, this case is far from uncommon. Once again Iran has insisted on applying the death penalty despite serious concerns over the fairness of the trial.”

Although Reyhaneh admitted to stabbing the former intelligence agent, Sarbandi, once in the back, she alleged that there was another person in the house, who actually killed him. But Sarbandi’s family insists that the murder was premeditated, and that Reyhaneh had confessed to buying a knife two days prior to the killing. Jalal Sarbandi, the intelligence agent’s eldest son, said that “she refuses to reveal his identity.” Continuing with, “Only when her true intentions are exposed and she tells the truth about her accomplice and what really went down will we be prepared to grant mercy.”

On the eve of her execution, on Friday, her mother was allowed to visit Reyhaneh for an hour, which is customary in Iran before an execution is carried out. 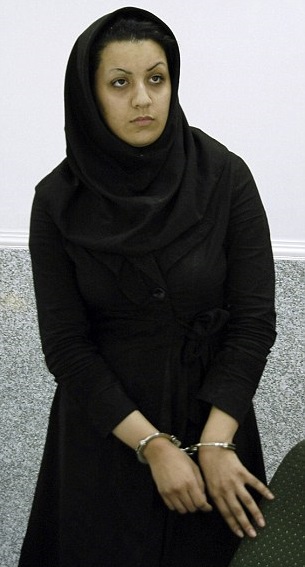 Reyhaneh Jabbari in handcuffs when she was arrested in 2007

Activists also circulated a letter Reyhaneh wrote to her mother, asking her to ensure her organs were donated following her execution. “I don’t want to rot under the soil,” she wrote. “I don’t want my eye or my young heart to turn into dust. Beg so that it is arranged that as soon as I am hanged my heart, kidney, eye, bones and anything that can be transplanted be taken away from my body and given to someone who needs them as a gift.

“I don’t want the recipient to know my name, buy me a bouquet, or even pray for me. I am telling you from the bottom of my heart that I don’t want to have a grave for you to come and mourn there and suffer.

“I don’t want you to wear black clothing for me. Do your best to forget my difficult days. Give me to the wind to take away.

She said she would see her accusers “in the court of God.”

“I will charge the judges of country’s Supreme Court that beat me up when I was awake and did not refrain from harassing me,” she wrote. “In the court of the creator I will charge those that out of ignorance or with their lies wronged me and trampled on my rights and didn’t pay heed to the fact that sometimes what appears as reality is different from it.

According to the UN, Iran has executed about 250 people this year alone. And the global statistics isn’t any better. Take a look at the figures for the year 2013: