This Woman Sent Vagina Pictures To Men On A Dating App, And Then… This Happened!

…and you swipe right…

…and you exchange a few messages…

But does it have to be this way? Must the new age search for love invite such sickening responses from strangers you haven’t even had a REAL interaction with? Must LOVE brought to your fingertips inevitably invite repugnance, disgust, and even hatred for one-half of mankind? Should it elicit a loss of faith in a decent, courteous code of conduct? Does it have to be so hard?

While you may be shaking your head in a strong, assertive NO for all those questions, the reality is, sadly, just the exact opposite. Men tend to inundate the inboxes of unsuspecting women (who have happened to swipe right for them on dating apps) with unsolicited d*ck pictures. While my brain fails to comprehend what kick this might give to the men who assume they are sending out visual treats, I think I speak for all women when I say that we feel just the ONE thing when we receive such boners in our inbox – the urge to KICK these dickheads in the nuts!

Kerry Quinn, a 27-year-old Tinder user in the same boat, decided to turn the tables on such snap-happy men when she sent them vagina pictures, thinking that men who constantly irked women with unwelcome pictures of their genitalia would possibly get a dose of their own medicine, find it bitter and hence, learn their lesson. But here’s what happened instead… 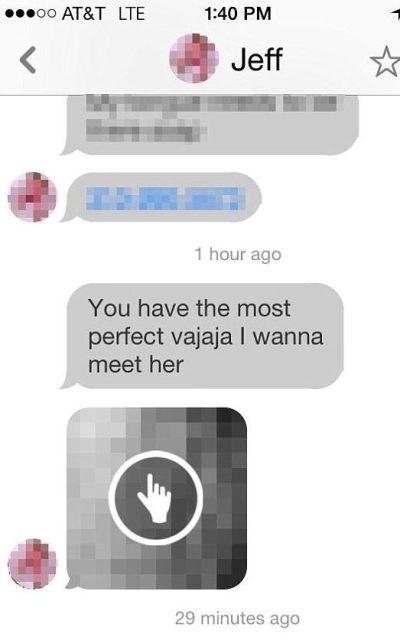 She used the feminist dating app Bumble for her experiment, and sent a random vagina picture found on the Internet to over 40 men in Los Angeles. Thinking of her own repulsive reactions to dick pictures, she said,

“I get more unsolicited d*** pics than you could ever imagine. Let’s be honest: while I enjoy penises, I don’t necessarily want unexpected visual boners intruding on my day.”

She expected the men’s responses to be along the lines of ‘Hey, why’d you send that?’ or ‘Whoa, where’d that come from?’ Instead, she received an overwhelmingly positive (not to mention graphic) response from over 35 men covering everything from sexting, sending their own dick pictures to an entire novel on what they’d like to be doing with that ‘yumm vajaja!’ 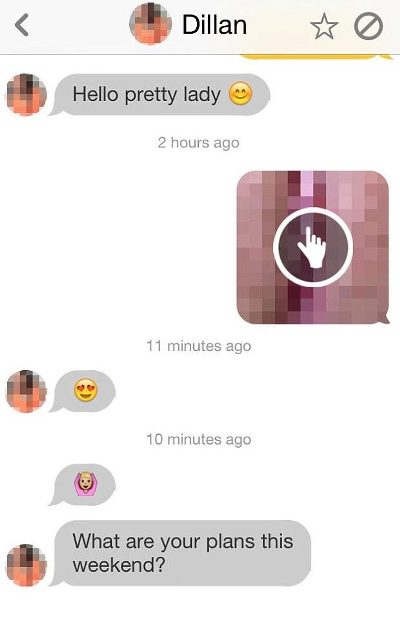 “Of the 37 guys who communicated with me about my v-pic, every one of them wanted to meet me, regardless of age or location,” she wrote. 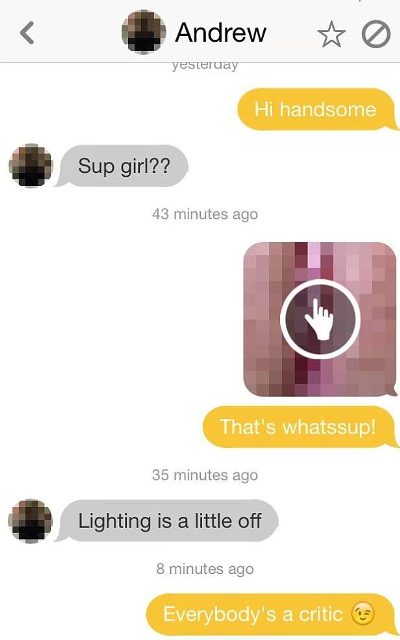 “Most blew up my phone with descriptions of what they’d do to my body, specifically to the fake vagina I found on the Interwebs.” 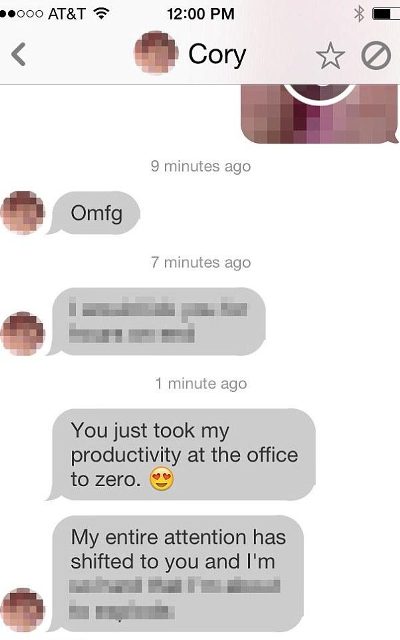 Only three men out of forty never reverted.

“I’d initially hoped the guys would see how invasive it is to receive such intimate photos from a stranger. … But given that men like to send d*** pics, I suppose their enthusiasm for v-pics makes sense.” 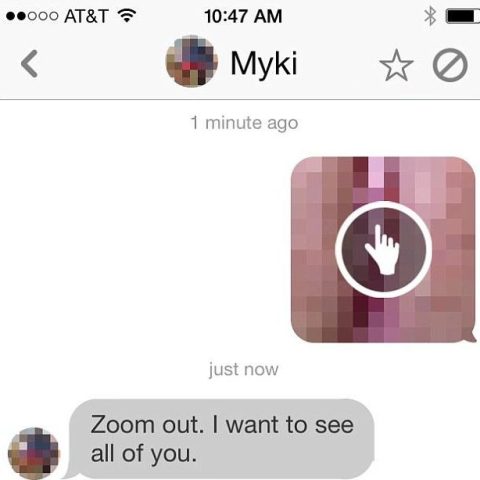 Article Name
This Woman Sent Vagina Pictures To Men On A Dating App, And This Happened!
Author
Sejal Parikh
Description
Men love a vagina - solicited or no! Speaks volumes?