Shahrukh Khan, Salman Khan, and Aamir Khan To Star In One Film!!!

Fans of King Khan, Salman Bhai, and the lovable PK have news to cheer! According to the latest buzz in B-town corridors, Shahrukh Khan, Salman Khan, and Aamir Khan are going to be in one frame together! And the man who has managed to bring the dream triumvirate, the casting coup of the century together on the silver screen, is none other than Sajid Nadiadwala! 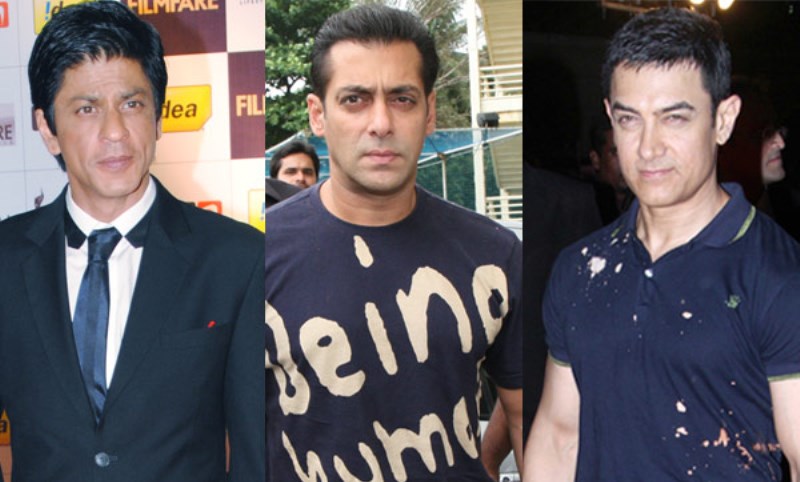 A source close to the producer said,

“Sajid has decided to produce a film which will star the three Khan superstars. He may even direct the film himself, though that would depend entirely on the nature of the subject. The film will go on the floors in January 2017 and release in December 2017.”

Given the super-stardom and ginormous fan base that the trio of Khans enjoy, the audience is going to pin high hopes on the movie that could transform Bollywood forever. This super-ambitious project that could possibly result in a movie that may change the meaning of ‘cult status’ forever, is a herculean feat for any director. No slip-ups are going to go missed by fans, who are possibly reading the announcement for the hundredth time, just to be sure, and as such, the movie has to do justice to each of the superstars.

Sources have it that Nadiadwala is planning something on the lines of Manmohan Desai’s Amar Akbar Anthony. Adds the insider,

“It has to be a subject that does equal justice to all three superstars, or their fans will feel cheated. Sajid is aware that each of the three Khans has a solid, massive and aggressive fan-base. None of the three Khans’ devotees would forgive any slip-up in the projection of their favourite star. This is why he has decided to start shooting the project in 2017. There is ample scope to work out a plot which can accommodate the trio.”

It seems that the DREAM cast wouldn’t even have been conceivable had not the warring Khans buried the hatchet at Arpita Khan’s wedding. And whilst there was contestation about the friendly hug of Sallu Bhai and King Khan being a publicity gimmick for the shutterbugs and paparazzi, all wagging tongues have been put to rest since the Chennai Express star has tweeted about Bhai’s much-anticipated Bajrangi Bhaijaan. 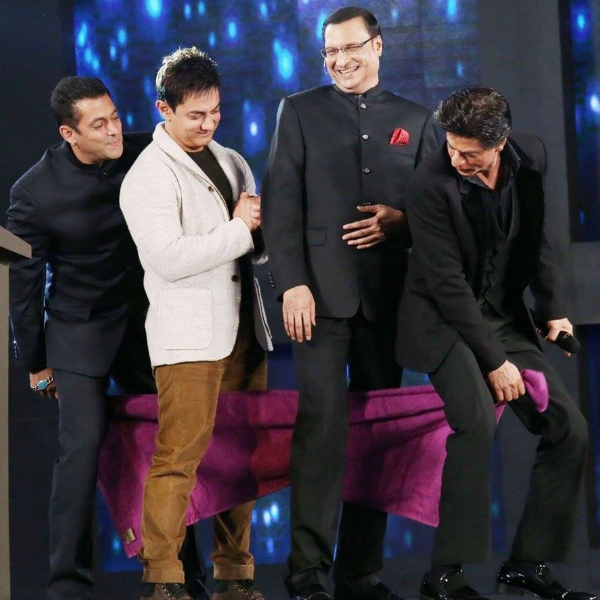 Shahrukh Khan and Salman Khan have hithertofore shared screen space in Karan Arjun and Kuch Kuch Hota Hai while Aamir Khan has starred alongside Bhai in the iconic Andaz Apna Apna. Shahrukh Khan and Aamir Khan haven’t worked together till date. And that sure makes the news even more exciting! Given that all these movies have been widely popular, a movie that brings together the trinity that might as well be deemed the HOLY trinity of the country, can only have sparklers set the silver screen ablaze!

We can’t wait and are very sure you can’t too!