Langston Hughes And His Top 10 Poems

Langston Hughes was a very well-known and important literary figure of the Harlem Renaissance, a period in the 1920s when the number of black writers rose considerably. Du Bose Heyward wrote about Hughes in the New York Herald Tribune in 1926,

“Langston Hughes, although only twenty-four years old, is already conspicuous in the group of Negro intellectuals who are dignifying Harlem with a genuine art life. . . . It is, however, as an individual poet, not as a member of a new and interesting literary group, or as a spokesman for a race that Langston Hughes must stand or fall. . . . Always intensely subjective, passionate, keenly sensitive to beauty and possessed of an unfaltering musical sense, Langston Hughes has given us a ‘first book’ that marks the opening of a career well worth watching.”

In today’s post, we have curated 10 of the best poems by Langston Hughes which will prove the genius of the man.

I’ve known rivers ancient as the world and older than the flow of human blood in human veins.

I bathed in the Euphrates when dawns were young.

I built my hut near the Congo and it lulled me to sleep.

I looked upon the Nile and raised the pyramids above it.

I heard the singing of the Mississippi when Abe Lincoln went down to New Orleans, and I’ve seen its muddy bosom turn all golden in the sunset.

Or crust and sugar over—

For if dreams die

Life is a broken-winged bird

For when dreams go

Life is a barren field

I went down to the river,

I set down on the bank.

I tried to think but couldn’t,

So I jumped in and sank.

I came up once and hollered!

I came up twice and cried!

If that water hadn’t a-been so cold

I might’ve sunk and died.

I took the elevator

Sixteen floors above the ground.

I thought about my baby

And thought I would jump down.

I stood there and I hollered!

I stood there and I cried!

If it hadn’t a-been so high

I might’ve jumped and died.

So since I’m still here livin’,

I guess I will live on.

I could’ve died for love—

But for livin’ I was born

Though you may hear me holler,

And you may see me cry—

If you gonna see me die.

The land that never has been yet—

And yet must be—the land where every man is free.

Whose sweat and blood, whose faith and pain,

Whose hand at the foundry, whose plow in the rain,

Must bring back our mighty dream again.

Life for me ain’t been no crystal stair.

It’s had tacks in it,

And boards torn up,

And places with no carpet on the floor—

But all the time

I’se been a-climbin’ on,

And sometimes goin’ in the dark

Where there ain’t been no light.

So boy, don’t you turn back.

Don’t you set down on the steps

’Cause you finds it’s kinder hard.

And life for me ain’t been no crystal stair.

I, too, sing America.

I am the darker brother.

They send me to eat in the kitchen

I’ll be at the table

“Eat in the kitchen,”

They’ll see how beautiful I am

Rocking back and forth to a mellow croon,

I heard a Negro play.

Down on Lenox Avenue the other night

By the pale dull pallor of an old gas light

To the tune o’ those Weary Blues.

With his ebony hands on each ivory key

He made that poor piano moan with melody.

Swaying to and fro on his rickety stool

He played that sad raggy tune like a musical fool.

Coming from a black man’s soul.

In a deep song voice with a melancholy tone

I heard that Negro sing, that old piano moan—

“Ain’t got nobody in all this world,

Ain’t got nobody but ma self.

And put ma troubles on the shelf.”

He played a few chords then he sang some more—

“I got the Weary Blues

And I can’t be satisfied.

Got the Weary Blues

And can’t be satisfied—

I ain’t happy no mo’

And I wish that I had died.”

And far into the night he crooned that tune.

The stars went out and so did the moon.

The singer stopped playing and went to bed

While the Weary Blues echoed through his head.

He slept like a rock or a man that’s dead.

And let that page come out of you—

Then, it will be true.

I wonder if it’s that simple?

I am twenty-two, colored, born in Winston-Salem.

I went to school there, then Durham, then here

to this college on the hill above Harlem.

I am the only colored student in my class.

The steps from the hill lead down into Harlem,

through a park, then I cross St. Nicholas,

Eighth Avenue, Seventh, and I come to the Y,

the Harlem Branch Y, where I take the elevator

up to my room, sit down, and write this page:

at twenty-two, my age. But I guess I’m what

I feel and see and hear, Harlem, I hear you.

hear you, hear me—we two—you, me, talk on this page.

Well, I like to eat, sleep, drink, and be in love.

I like to work, read, learn, and understand life.

or records—Bessie, bop, or Bach.

I guess being colored doesn’t make me not like

the same things other folks like who are other races.

So will my page be colored that I write?

Being me, it will not be white.

But it will be

a part of you, instructor.

Sometimes perhaps you don’t want to be a part of me.

Nor do I often want to be a part of you.

But we are, that’s true!

As I learn from you,

I guess you learn from me—

This is my page for English B.

It was a long time ago.
I have almost forgotten my dream.
But it was there then,
In front of me,
Bright like a sun—
My dream.
And then the wall rose,
Rose slowly,
Slowly,
Between me and my dream.
Rose until it touched the sky—
The wall.
Shadow.
I am black.
I lie down in the shadow.
No longer the light of my dream before me,
Above me.
Only the thick wall.
Only the shadow.
My hands!
My dark hands!
Break through the wall!
Find my dream!
Help me to shatter this darkness,
To smash this night,
To break this shadow
Into a thousand lights of sun,
Into a thousand whirling dreams
Of sun!

That is all we have on today’s post on the best poems by Langston Hughes. Did you like what you just read? Let us know in the comment section below. 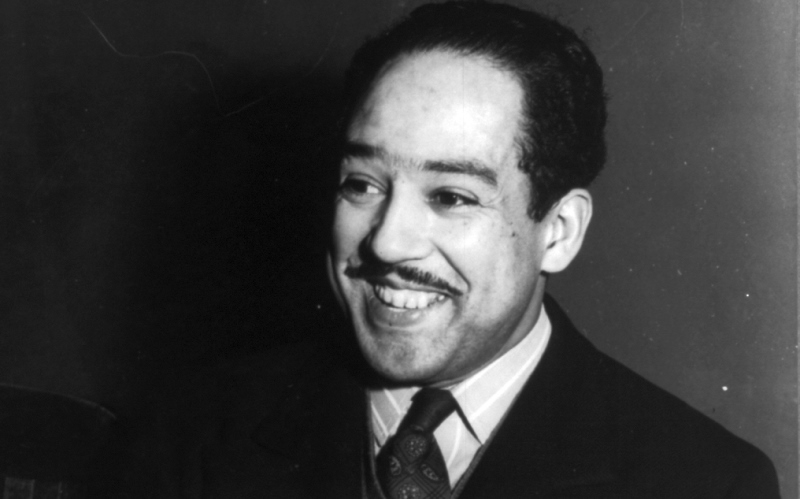