20 Things That Happen When You’re Dating Your Best Friend

There is something special about falling in love and then getting into a relationship with your best friend. You have signed up for a life of bliss because that means you can connect with them on a level that you possibly couldn’t if you were dating just anyone. Essentially, you get to spend even more time with the person who means the most to you, with all the perks that a relationship entails. What could possibly be a better alternative?

Here are 20 things that will inevitably happen when you are dating your best friend.

1. The relationship is as good as the buildup

2. There are literally no boundaries

The best part about dating your best friend is that you can be as shameless and as dirty and ungroomed as you want, and they are never going to judge you, ever. In fact, your friends might get creeped out with how comfortable you are around each other.

3. You know all of each other’s dirty secrets

4. You literally finish each other’s sentences

Because you two know each other so well, you have no trouble finishing each other’s sentences and knowing exactly what the other person is thinking. Whether it is ordering food at a restaurant, or trying to avoid people at social gatherings, your better half will always know what is on your mind and what to do about it.

5. You already have a million inside jokes

There is no question whether you should date your best friend or not, because no one else could possibly get the million inside jokes that only the two of you would ever understand. While others may think you are nuts, your best friend and better half won’t. Never.

6. You can talk about everything under the sun

7. You don’t worry about offending each other

When you date someone you haven’t known for a really long time, you tend to say or do things that go against their moral code, or even offend and insult them without knowing it. The possibility of offending your best friend, meanwhile, is very slim because you probably start your conversation by insulting each other anyway! 😛

8. You respect each other’s personal space

Your best friend would know how much alone time and a healthy amount of personal space means to you, so clinginess is non-existent in your relationship. You love and understand each other enough to give them their space when they need it, although you would want to get back with them the minute you are apart!

Your significant other might be obsessed about something that you’re not, but instead of ignoring them and their beloved passions, you too develop an interest for it. Whether it is a video game or a mushy TV show, secondhand obsessions are something that comes naturally to loved-up best friends.

You make each other laugh. This takes time to happen in other relationships, where you have to know a person enough in order to enjoy each other’s company this much constantly, and is likely to subside after some time.

Suggested read: Here’s how to date a girl with lots of friends

11. Cuddling with your best friend is the best feeling

Literally, the term “friends with benefits” comes into play here because you can have them in the capacity of your best friend and be intimate with them at the same time. You fit like puzzle pieces together when you cuddle, because you just know what to do.

12. Your fights always end quickly because you have so much to say

Even though dating your best friend sounds like the dream, fights and disagreements will occur. But the best part is that when you do fight, you can’t wait to make up again, because even the littlest time away from each other will make you burst at the seams with what you have to share with them.

13. You know exactly how to cheer each other up

We all go through low points and bad days. Whether it is something serious (like a bad hair day) or something not-so-serious (like failing a class), your best friend, who also happens to be your significant other, will know exactly what to do to make you smile again.

14. You get to have the weirdest nicknames for each other

And the best part is, you come up with these weird names on your own, spontaneously. Your friends might cringe or they might think the two of you are rather creepy, but who cares? Every single name was created only for the two of you anyway!

15. Your other friends are not the slightest surprised

Your friends don’t even need time to warm up to the idea of the two of you together, because even before you started dating your best friend, they knew you’d end up together. In fact, you become the couple that everyone else envies and wants to be.

16. You love and hate the same people

You might have everything in common, but above everything it is important to have the same opinions about people and be in the same group of friends. Even if you don’t, you and your better half will love and hate the same people, so you never, ever get stuck in awkward social situations.

17. You become disturbingly comfortable with each other’s parents

When you are dating your best friend, you can skip right over the “meet the parents” part because they already know each other too well. One day you might find your significant other inviting you to have dinner with your parents. Completely normal.

18. You don’t feel self-conscious about your past relationships

You don’t have to worry about the mistakes and decisions of your past, because chances are they were a part of it, and in fact, were the ones who helped you get over all that. Even if they didn’t, they understand you enough to understand why you did what you did, and they love you all the same.

19. There is no end to the “honeymoon phase”

Dating your best friend takes minimal effort. There is no beginning or end to the much-coveted “honeymoon phase” in your relationship. You always have fun when you are with each other, and it is unlikely that it is ever going to change.

Suggested read: 15 romantic and mushy movies to watch with your boyfriend

20. They always remain your best friend

Forget the conventional norms of a relationship. Before being each other’s boyfriend or girlfriend, you are first and foremost each other’s best friend, and it often goes unsaid that being there for each other is the most natural and most important thing in the world.

If you are wondering about whether and how to date your best friend, you are losing hair over unnecessary worries, because it will come completely naturally to you. You already love them, and taking your relationship to the next level is no big deal at all! There is no feeling in the world that is better than having your best friend become the love of your life, as long as the feeling is mutual. 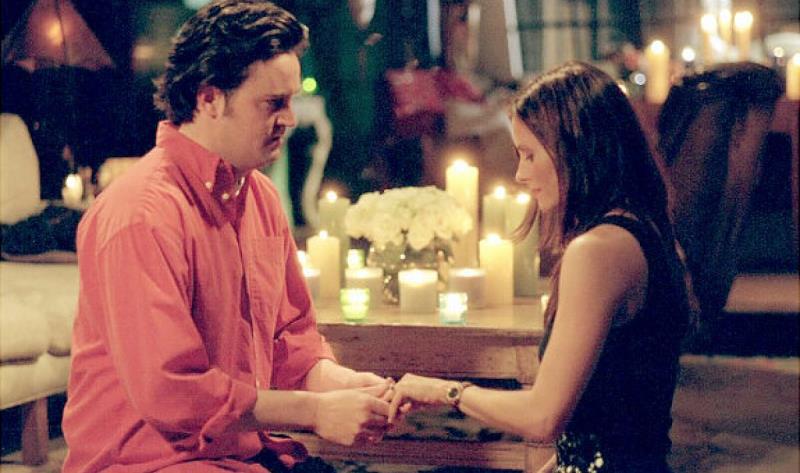 Article Name
20 Bonuses Of Dating Your Best Friend
Author
Aishani Laha
Description
If you're lucky enough to be dating your best friend, then you'll know all these bonuses of dating them and being in a relationship with them.