Top 15 Romantic Movies To Watch With Your Boyfriend

It is no big surprise that more than a thousand romantic movies are produced each year- big-budget, low-budget, alternative genre, mainstream, star studded and more! Almost all of these are devoured by the audience, ever-hungry for romantic movies and still-up for more! Amidst this avalanche of romantic movies that strikes the viewers with a rapidity that still seems slow in comparison to the consumption rate for romance, many are seen-and-immediately-forgotten, some tend to stick on until dinner-time conversation but a few become eternal! These are the romantic movies that are the perennial, evergreen classics that remain embedded in our psyches for a lifetime, become a part of our consciousness and never seem to leave our souls! These are the movies that we never tire of watching, re-watching and then watching a dozen more times! These are the romances that we dream of realizing, the movies whose dialogues we’ve by heart, movies that become a romantic ideal to aspire to. 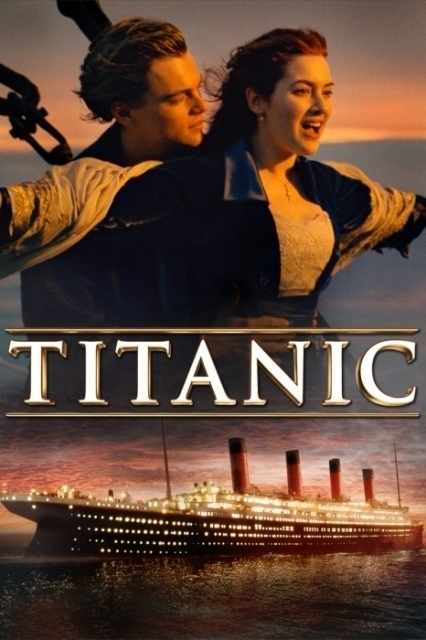 This movie does not have to even try to be a part of the list. Making its way onto the top of these top picks for romantic flicks, this James Cameron directed movie unravels the heart-rending tale of two strangers who meet, fall in love and are separated on the most tragic shipwreck of all times. Flawlessly crafted, strongly acted, intelligently constructed and immaculately directed, this epic tragic tale of ‘a love found and lost at sea’ stands like its Sphinx like iron symbol- the remains of the Titanic, on the heartscapes of a million viewers! 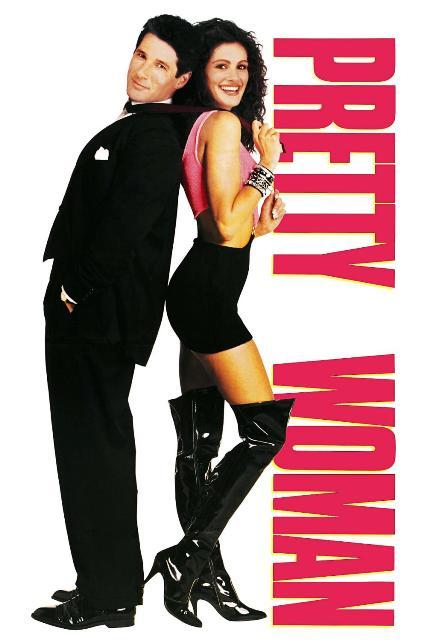 This Richard Gere and Julia Roberts classic actualizes the adage that ‘one can fall in love anywhere, anytime.’ A favorite of many, the movie is about the criminally sexy and rich businessman (Richard Gere) hiring an escort (a prostitute, Julia Roberts) to accompany him to social events and falling for her. The fact that this movie, despite its overarching theme is surprisingly innocent, gives it its touching flavor. One of the most sweetest and open-hearted love fable since The Princess Bride, this one is a movie that could have us walk down paths of iniquity but instead makes our hearts travel to a land that glows with romance! Plus, this romantic movie gifted us Julia Roberts, in all her unique essence! 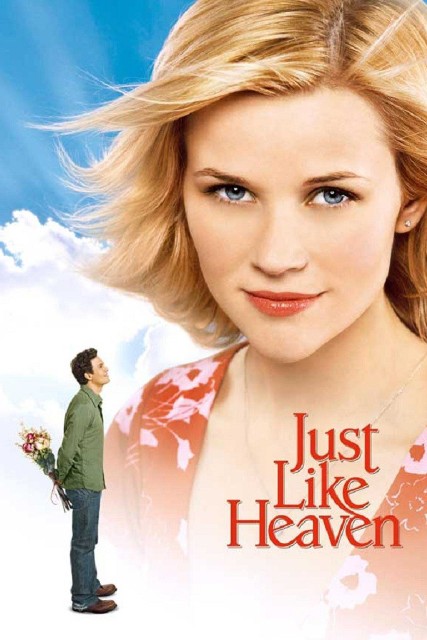 What can I say about this movie where a lonely landscape artist falls for the spirit of the woman who used to live in his new apartment. I guess the dialogue “You have two realities to choose from. The first is that a woman has come into your life in an very unconventional way and she needs your assistance. The second is that you’re a crazy person, talking to himself on a park bench” from the movie sums it all up brilliantly. And while one is tempted to dismiss such a plot for its illogical component, the beauty of the emotional captivity of the movie keeps one riveted with the faulty, erroneous logic fulcrum around which the movie revolves. It simply works! 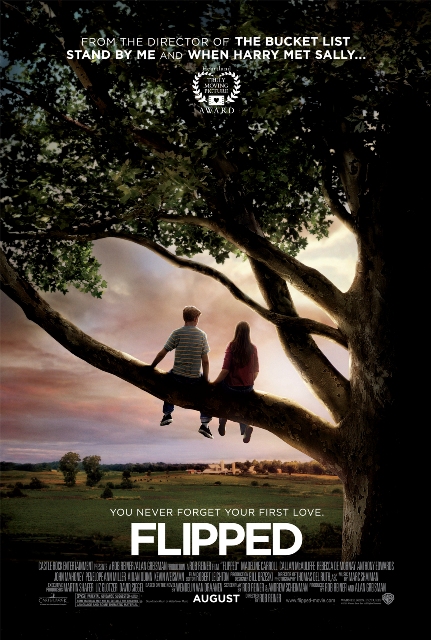 Who does not love a believable teen romance? It has happened to us, we remember the key moments and we look back at it with an endearing nostalgia that sometimes flows out of our eyes in the form of smiling tears and at others, adorns our lips with a playful smile, a girly giggle too! And that is what Flipped does, it makes the audience flip for a life that the 14-year olds in the movie experience, warm and throbbing in its pure sentiment and vitality! 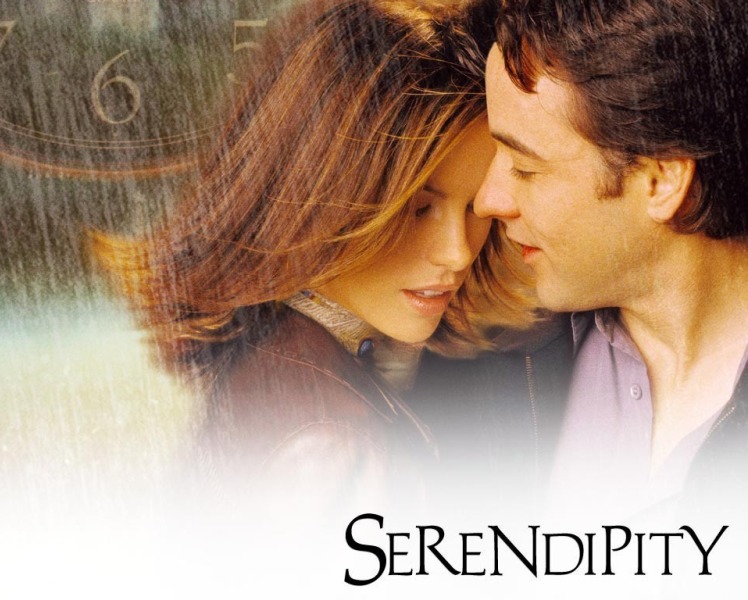 While this fate-directed movie as it were, filled with amazing coincidences that bring our lovers together may not be everyone’s cup of tea, it certainly is a delicious platter for those who believe in the soul-mate mush thingy! A li’l sappy with all the cosmic concordances and serendipitous parallels that has fate work out its plan to bring Jon (John Cusack) and Sara (Kate Beckinsale) together, this one works because it weaves the sort of magic that you deem the rightful inhabitant of the magical land of love! 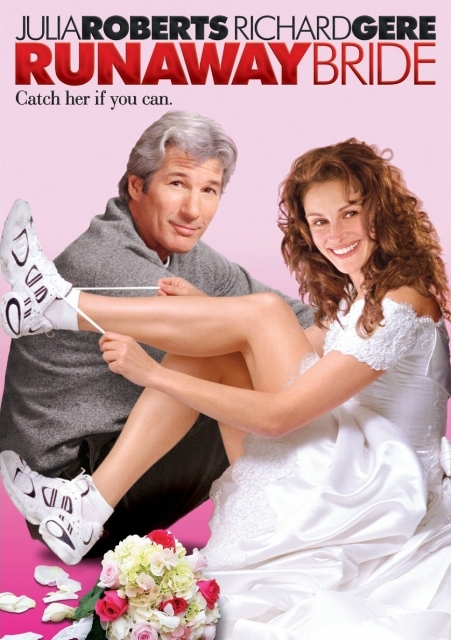 Another Richard Gere-Julia Roberts dynamite, this one is different owing to its unlikely and unusual plot. A reporter who is assigned a story covering the ‘bride’ who escapes all of her weddings, leaving behind disgruntled, perplexed and sometimes, plain pitiable fiancés at the altar, meets and falls in love with the runaway bride! Will she walk down the aisle this time? 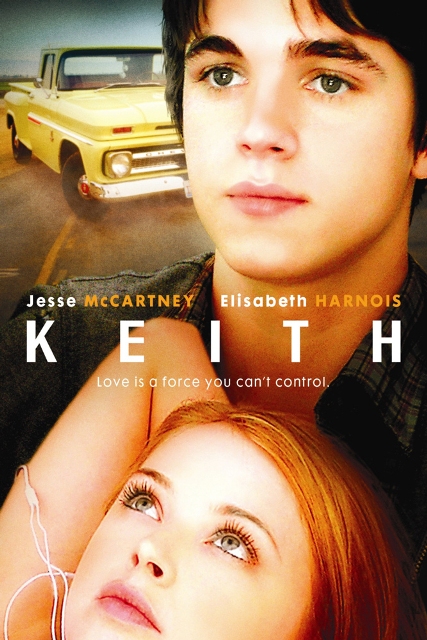 Another teen romance, this one unfolds the story of the seventeen-year old Natalie who thinks she has got it all figured until she falls for a guy who has nothing to lose! The challenges of the relationship and the emotional gravitas, that might seem unfit for a teen romance, but is artfully made to belong here keeps the audience with Harnois and McCartney right until the end of the movie. 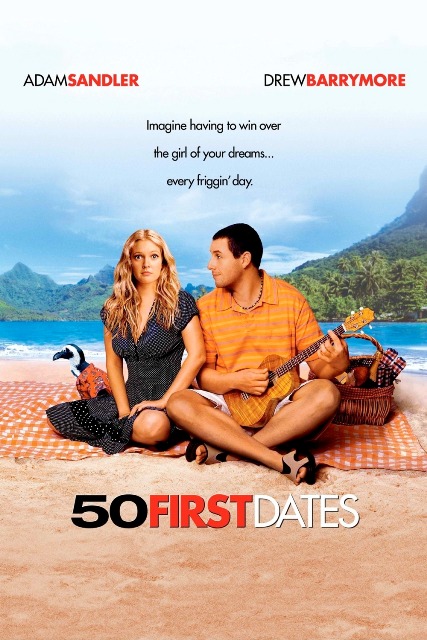 When a commitment-phobic Henry meets Lucy, he is not only shorn of his phobia but also believes he has found the woman of his dreams. Little does he know that fate has other plans! Lucy has short-term memory loss and he must keep making her fall in love with him, each day! The reason the romance springs right to life is that the arc of repetition that might be in danger of turning boring in any other screenplay is tactfully made ingratiating and lovable! Every bit a rom-com that works its way into hearts with a coy, smiling sincerity, this one is a winner! 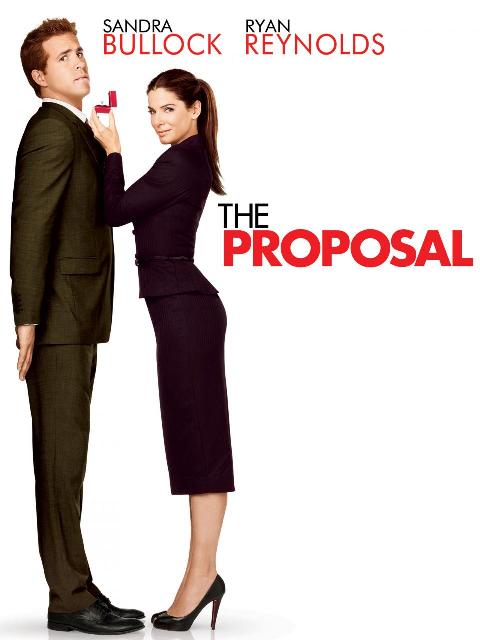 It is funny how Hollywood keeps churning out movies where the central characters who start out hating each other fall in love and become inseparable. Toying with this hate-love dynamic, The Proposal starring Sandra Bullock and Ryan Reynolds thrusts forward as a rather reluctantly-disbelievingly-warming-up-to-each-other-and-falling-in-love kind of story! The fact that it is almost a recycled version of Tracy and Hepburn that you can smell right from the start does not bother you in the least coz you allow yourself to be hit and soaked by the cheerful waves of gentle emotion that ripple through this rom-com. Plus, you don’t want to miss out the Sandra Bullock nature worship scene with granma! 😉 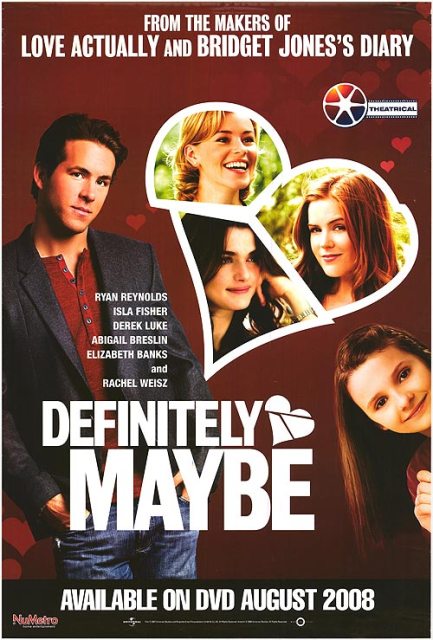 An off-the-mill romantic movie, this one has a political consultant explaining his impending divorce and past relationships to his eleven-year old! You’d be surprised with her responses! Watch it for the sheer ingenious nature of the film-making craft and the oh-so- REAL infusion of emotion! 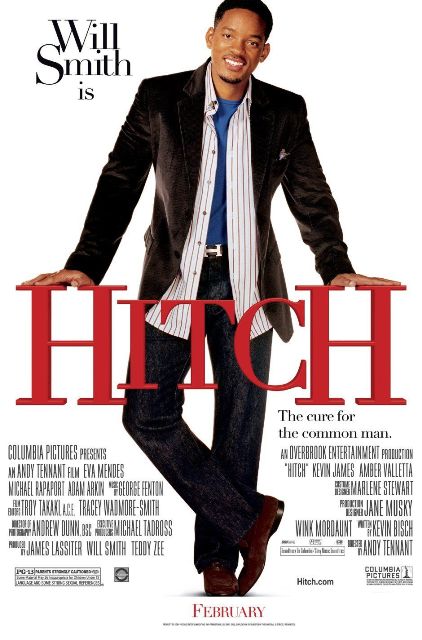 I love this movie because of Will Smith and Eva Mendes. Much of the movie has to do with Smith resolving his client’s romantic quarry and getting embroiled in an irresistibly powerful connection with a smart woman who outplays his moves and can beat him at his own game! It is intriguing to watch these two so-like-each-other-individuals battle it out at a game that we only love too well, and then, find them having been bit by the love-bug, albeit slowly- so much so, we feel the poison spread through our insides too! Watch it, coz it is meant to be watched! 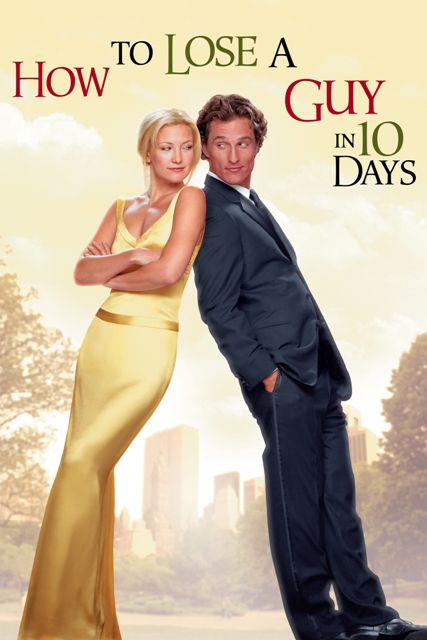 While this is another of those movies where the protagonists play out the love game for an ulterior motive, my contention for putting it on the list is that instead of subverting each scene with a lying subtext, the characters make it glow with the kind of romance that can only be realized when you share a real, hithertofore-unshared part of yourself with another. Whilst Benjamin Barry is out to prove that he can make a woman fall for him in 10 days for his ad campaign, Andie Anderson who covers the ‘How To’ section for her magazine is all set upon making the guy dart toward the exit in 10 days flat! But sometimes love takes a lifetime, sometimes just a moment and on other occasions, 10 days! 😉 When Mary Fiore, San Francisco’s most successful supplier of romance and glamour, knows all the tricks of and rules of the business- until she flouts the most important one by falling for the groom! A plot this contrived is set apart by the acting of Lopez and Bridgette Wilson-Sampras but McConaughey could probably have been substituted by another person with naughtier eyes- maybe an Affleck, Baldwin or even Clooney! 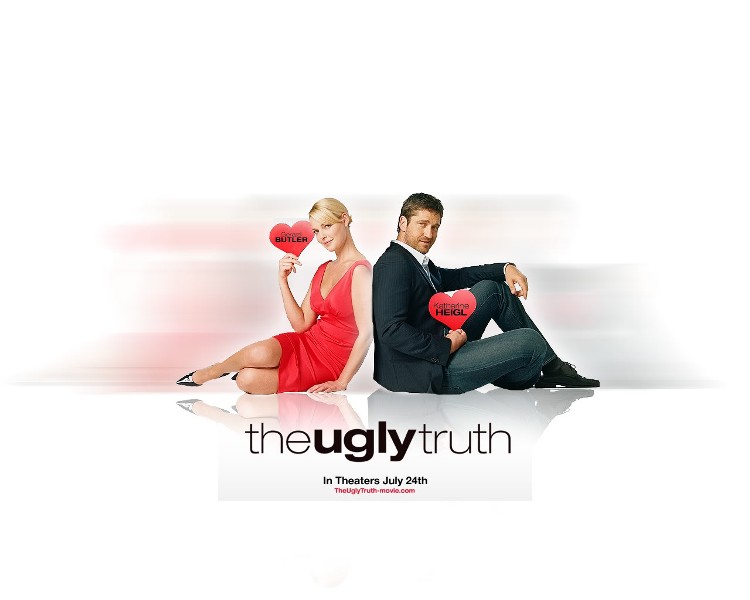 Another of those love-hate flicks, this one I am kind of biased toward! What-it has Gerard Butler!! 😉 Anyway, it’s on the list for pure merit. Of course, one can charge this one for its outdated ideas about the battle of the sexes and an opening salvo in the use of innuendo but it works because of Heigl and Butler’s butter-like chemistry! 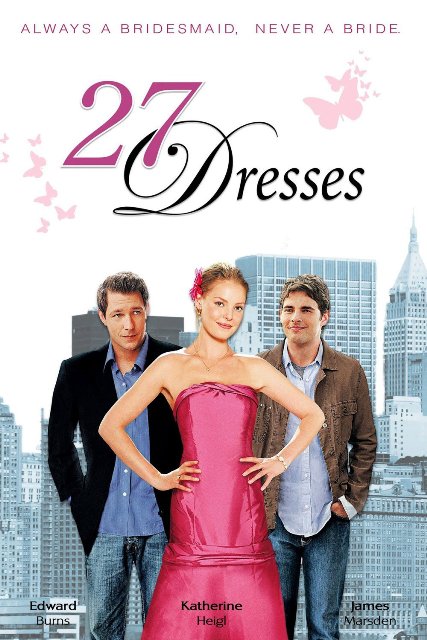 I love this one for its whacky-love quotient. The formula has been tried and tested a million times but Heigl makes it refreshingly real and lively. So does James Marsden . As Heigl wrestles with the idea of being bridesmaid the 28th time, this time to her sibling who is marrying the man she secretly loves, she discovers love for the man she knew not she could bear! Yeah, the love-hate formula- told ya!

Those are our picks for the most romantic movies in Hollywood. If there are any that have struck a chord with you, but seem to be missing from our list, please share it with us in the comments below! We know there are only about a gazillion more choices! 😉 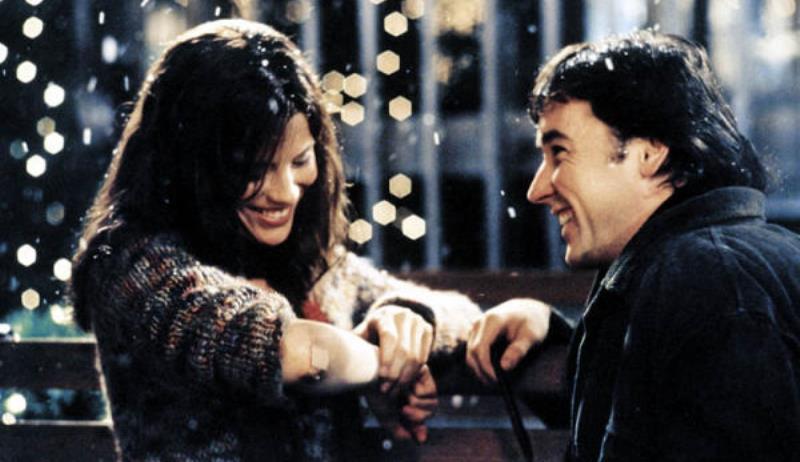